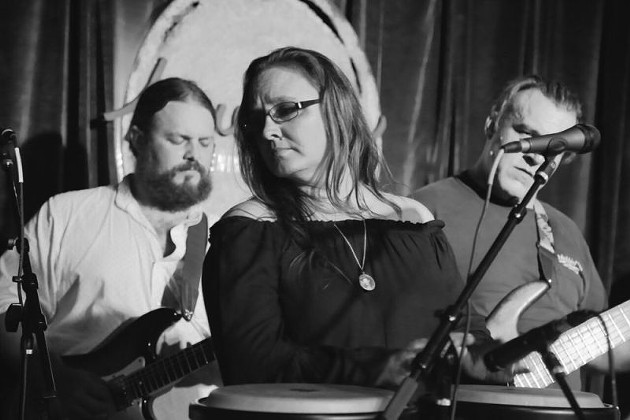 Southern Rock royalty is stepping out.

The Florida native possesses the musical chops and inventiveness that her family is known for, but Melody’s main focus in life has been raising a family of her own. Now, as her children grow up, Melody is stepping into the spotlight as the front person of her own band.

Naturally, music has been an integral part of Melody’s life from the very beginning.

In addition to the music her dad was making, Melody and her brother Vaylor (The Yeti Trio) were taking in the sounds of their mother’s record collection—Joni Mitchell, The Beatles, Marvin Gaye.

Melody picked up an instrument on her own during school band auditions.

“I was a classical flutist,” she remembers fondly. “I picked the flute because I had seen so many things with kids on TV playing the big loud instrument and the parents hating it. I thought, ‘If I play the flute, it’s the quietest instrument and they’ll let me play it!’”

Once she got into high school, Melody went through all the woodwinds before following her father’s footsteps into the world of percussion. In college, she studied ethnomusicology with a focus in Balinese and Brazilian music.

She was active in theatre, and even spent a few years dancing professionally in Atlanta before moving back to Jacksonville.

“I stayed away from going professionally into music for a long time,” Melody explains. “I got married, had kids, and it just didn’t seem like the thing to do when they were younger.”

Over the years, she would sing with Vaylor in the Yeti Trio and even joined her dad on tour with Butch Trucks and the Freight Train. When her father tragically took his own life in January 2017, Melody felt it was time to find her own tune and carry on in his honor.

“Now that the kids are getting older and things happened the way they happened the past few years—going on the road with my dad, and then losing my dad—it was the right time to do this for me,” she shares. 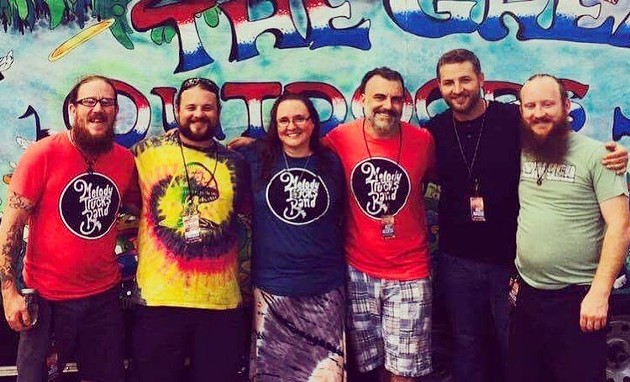 Melody Trucks and her band of seasoned players.

“Our debut was at the Great Outdoors Jam, and it was epic,” Melody says. “But we actually didn’t debut original songs until the Orange Blossom Weekend Jamboree [May 16-18, 2018].”

More than anything, Melody has been inspired by her bandmates and the way the group plays together.

“The gentlemen I ended up in this group with were all friends and had sat in together and played together for quite a while,” she says. “The reason the band sounds the way it sounds is because of the people that are in it. We play music that we like, music that feels good.”

“We like to keep it high-energy,” Melody says. “That’s one of the thing I personally love—a really high-energy, fun, powerful set.”

Melody has been easing into the songwriting process with the help of her bandmates, collaborating and woodshedding new work.

“I’ve contributed to the songs we’ve written as a band,” she explains, “but me personally, the only song I’ve written is the one about my father...the guys helped me with it extensively. They are the catalyst to me getting this out. Everything I’m doing right now, they’ve inspired me to write and develop who I am as a performer.”

The song, “Freight Train,” captures who Butch was a musician.

“It’s about who he was, and who we are now that he’s gone,” says Melody. “It’s about wishing he was still here because of who he was.”

Melody anticipates writing more originals and debuting them at upcoming performances. This month, the band plays a Tedeschi Trucks Band concert after-party with Bonnie Blue, and an East Coast tour kicks off in August. Most of all, Melody’s excited to perform at Suwannee Hulaween, the annual camping music festival created by The String Cheese Incident.

Barrelhouse South’s audience will get to see Melody Trucks Band members showing off all their talents, as three members will perform in opening band Ginger Beard Man.

Melody is looking forward to the band’s Savannah debut.

“We love what we do,” she says. “We have such a good chemistry onstage. I’m really figuring out who I am as a performer.”