Photo by Jim Morekis
Rev. Kevin Veitinger speaks as Joseph Ervin, moderator and chair of the Chatham-Savannah Authority for the Homeless, looks on.


A FEW weeks ago, I wrote a pretty scathing column about a tone-deaf letter to the daily paper on the subject of homelessness, written by Rep. Jesse Petrea.

But I’ll give Petrea credit where it’s due: In the Law of Unintended Consequences Department, his letter ended up having the positive effect of galvanizing local public opinion on the issue of homelessness.

Last week’s community forum, “Chatham County Homeless Camps: What is the solution?” had a jam-packed, standing-room only crowd featuring almost all of Savannah’s key grassroots movers and shakers — and a few not-so-grassroots mover and shakers, too.

For one brief, shining moment, a meeting about the homeless was the hottest ticket in town.

The meeting was hosted and moderated by the Chatham-Savannah Authority for the Homeless (CSAH), and located in the Dept. of Family and Children Services building in which CSAH is headquartered.

Petrea was there with several local officials, including City Manager Rob Hernandez. Except none could say anything.

In a bit of genius, CSAH Board Chair Joseph Ervin had only two ground rules. But wow, what great rules: No speaker could bash elected officials, and no elected officials were allowed to speak. At all.

So simple, yet so effective a way to keep a meeting on track and focused on policy solutions rather than personalities. Meeting planners and moderators, take note!

I was blown away by the amount of collective wisdom in the room on display during this meeting, by people from all walks of life and all different backgrounds.

It left me more optimistic about things here than I’ve been in a very long time.

The passionate and practical Linda Wilder Bryan got straight to the point:

“People here who think they’re middle class: be without a job for six months and see if you don’t end up under a bridge somewhere,” Bryan said to the group.

“They are humble, they have the American flag out there, and we can’t get them a dumpster? It’s like they’re living in a third world nation on President Street, that’s going to be worth billions of dollars in a minute,” Bryan said, referring to ambitious development plans for the area.

“These people are stakeholders! They need to be able to get low income housing.”

However, Rev. Kevin Veitinger, pastor of the Episcopal Community of St. Joseph, said, “One of the major misconceptions about homelessness is about being one paycheck away. It’s the lack of relationships. Ninety-nine percent of us in this room could lose that paycheck, but we have four or five different places that we could go to get back on our feet. It’s really about relationships.”

One thing almost everyone agreed on is how relatively inexpensive helping the homeless would be, if only the political will could be summoned.

Henry Ford of Westside Baptist Church in Bloomingdale said, “If we had a dumpster to put this stuff in — I mean a dumpster! — how much would that cost?”

There is a number. CSAH Executive Director Cindy Kelley says she’s been told it would cost $137,000 a year to install and service dumpsters at all 22 identified homeless settlements in Savannah.

But Kelley has been rebuffed completely by the County government, and the City of Savannah is in budget lockdown mode.

That amount may sound like a lot, but consider that taxpayers will foot the bill for a $50 million parking garage near the Truman Parkway camp, in part to support new development for tourists and for upscale housing.

The new arena on the Westside will cost at least triple that — for the building alone. 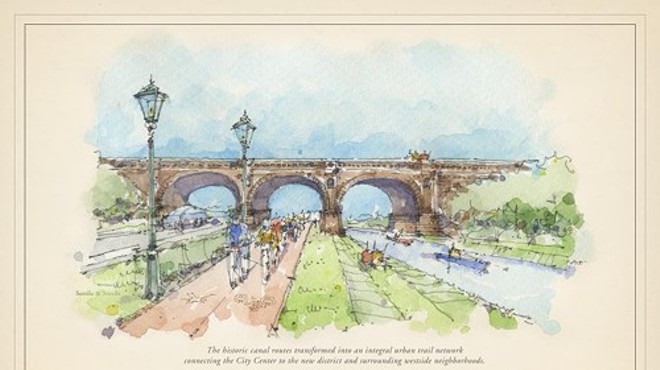 Meanwhile, the waiting list for affordable housing in Chatham County stands at about 15,000 people.

This inequity is truly an “indictment on our society,” as Ervin said of homelessness.

“Our neighbors without a roof are just that — they are our neighbors. And there’s no reason why we can’t look at them as such,” he said.

Most at the forum were focused on improving life in the camps, but Yvonne Pryor, Executive Director of the Inner City Night Shelter, bluntly said “we’re beating around the bush in this room.”

She explained why efforts to improve life in the homeless camps, while well-intentioned, might actually be counterproductive:

“The camps are not healthy. Those things are awful. They do awful things to women in the camps. They need to be done away with,” Pryor said.

“That’s easier said than done. But the camps aren’t what everyone thinks they are. We can’t enable them to continue.”

Pryor said the solution is in “little steps,” such as churches buying properties to repurpose as affordable housing.

“If you want to deal with the issue of homelessness, come out your pocket!... If you’ve got the money, buy a house. Find some people — and put the people in the house!”

But all the collective, real-world wisdom in the room for that meeting will be for naught if there’s no follow-through.

Several speakers mentioned the idea of a coalition of churches and nonprofits which would work with CSAH to help the homeless.

Veitinger took the words out of my mouth when he said, “I can look around this room and point out 20 friends who are brilliant and have ideas... Those ideas all need to get together.”

I was struck by how, over the course of two hours, the issue of homelessness was peeled like an onion, each speaker building on the ideas of the previous speakers.

The forum was a practical model of good governance — yet nobody actually in government was allowed to speak.