'How believable is the illusion?'

ONE OF the oldest beauty pageants in the U.S., the Miss Gay America Pageant was started a mere three years after the 1969 Stonewall Riots, and decades before there was anything like widespread acceptance of LGBT rights in America.

The first winner, in 1972, was Norman Jones, performing as Norma Kristie, at Nashville’s Watch Your Hat & Coat Saloon.

Like the Miss America pageant on which it’s based, Miss Gay America crowns state winners who go on to the larger national competition.

This year Savannah’s iconic Club One will host a regional competition for Miss Gay Georgia America.

“The first contest in Georgia was in 2006,” explains 2015 Miss Gay America Blair Williams, who is organizing this local event.

“But believe it or not, this is the first time an official pageant of Miss Gay America will be held in Savannah. Which is incredible, given all the history with Midnight, Lady Chablis, and Club One,” says Williams. 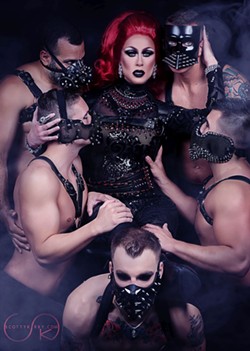 No surgery or enhancement below the neck is allowed for contestants.

As with Miss America, there are multiple competitions within the overall contest.

“It requires a lot of preparation. There are five categories. There’s the male interview, with a suit and tie and everything. In that you see how seriously the the competitor takes the pageant – which is important, because if you win it’s basically your job for a year,” says Williams.

The male interview is the only segment not open to the public, intended to be a more direct discussion with the judges.

There’s an evening gown competition. And the “onstage question” familiar to anyone who’s watched a traditional beauty pageant.

Then there’s the talent segment, which at Club One promises to be quite a show.

“People go all out. You get a maximum of seven minutes, but just about anything goes as long as you stick to the time limit. You can bring up trained backup dancers, all kinds of stage props, or even just do a really exceptional lip sync,” says Williams.

This year’s Miss Gay America pageant final will be held in St. Louis. (Winners hold the title until the following pageant; for example, in 2014’s pageant Williams won the honor of being called Miss Gay America 2015.) 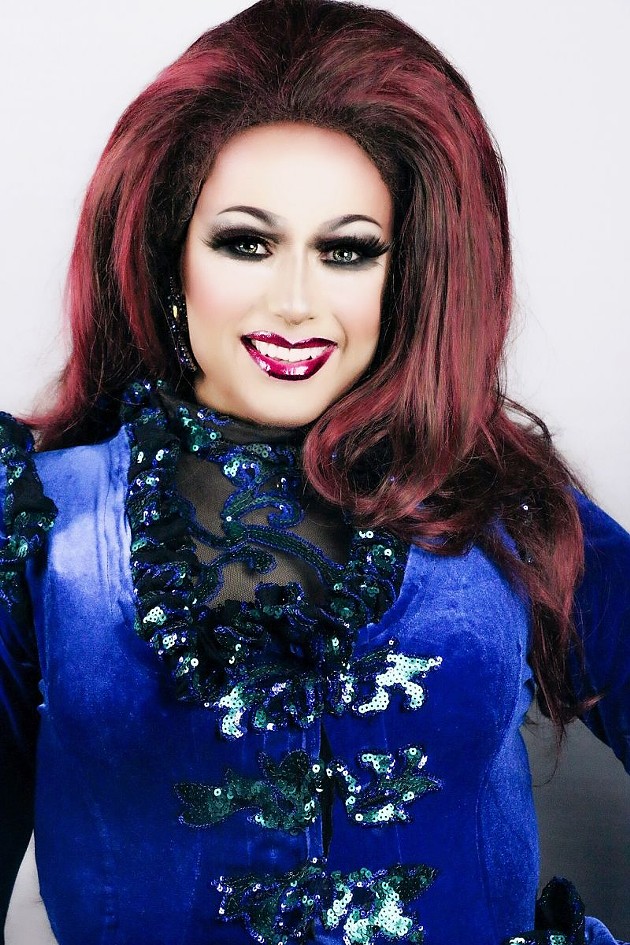 Blair Williams, Miss Gay America 2015, is promoting this event at Club One.

Savannah’s event is a so-called “open regional,” meaning it’s open to anyone who wants to register and compete, whether they’re Georgia residents or not.

As you might expect, much more goes into this pageant than just having a nice smile.

“The year I won, I probably spent close to $18,000 on all the costumes and accessories. You get sponsors and promoters. It’s a really big deal in the drag world. It’s a real balancing act of treating the competition very seriously and also providing great entertainment for the audience,” says Williams.

Williams says the pageant “has become more popular with the resurgence of drag culture, due in part to RuPaul’s Drag Race.”

As the traditional women’s pageants, such as Miss America and Miss Universe, are now moving away from anything resembling the objectification of women – including eliminating swimsuit competitions – Williams says Miss Gay America has never been about objectification anyway.

“This has always been more about inner beauty than outer beauty. The interview segment especially is sort of your chance to really bare your soul,” says Williams.

“The evening gown competition is more about the taste level. You need to have a complete, cohesive look. The question is always: How believable is the illusion?”