With a series of successful shows at the Sentient Bean under his belt, AURA Fest founder and promoter Tim Walls is looking ahead to 2020.

First on the docket for Walls next year is AURA Fest’s Underground Weekend, a two-night festival at The Jinx featuring a diverse lineup of rock and metal bands that cover multiple facets of the genres.

“I feel like the first night is leaning more to the heavier side of things,” Walls says. “Inter Arma is headlining—they’re on Relapse Records and their latest album is getting a lot of good reviews. They’re doing really well.” 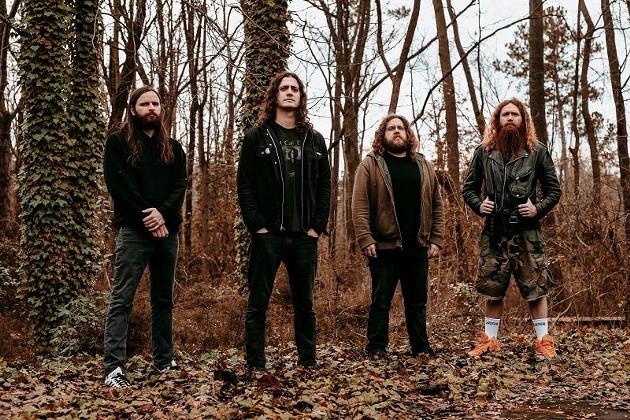 CLOAK is an Atlanta-based band on the rise, which Walls describes as being similar to bands like At The Gates and Darkest Hour.

“We’ve got a little bit of a mix of death metal, doom, and thrash,” he says.

The second night is being headlined by Torche, the Miami-based sludge and stoner metal band whose most recent album, Admission, has received critical acclaim. The band is a personal favorite of Walls, who says he was excited to book them for the first time ever.

“When you really love a band’s music and you get a chance to work with them, it’s a really awesome thing. That’s how I feel about Torche,” he says.

Also on the Saturday bill is SHEHEHE, the Athens-based punk rockers who’ve made The Jinx their Savannah home over the years. Another name that might be familiar to Savannahians is Kylesa’s Phillip Cope, who now calls Columbia, South Carolina home but is bringing his latest project, Oaksin, to the festival.

VIP tickets are a bargain at $45, and the price includes a poster, shirt, VIP weekend pass and a “swag bag” from sponsors.

“I’m really excited personally, and I’m not just saying that because I’m the promoter,” Walls says with a laugh.

As for the future of AURA Fest, Walls says he’s looking for the Underground Weekend to transition into another legendary outdoor festival—the event he’s become known for. For now, his shows at the Sentient Bean and February’s Jinx weekender have continued to prove that AURA Fest is still leading the charge for rock and metal shows in Savannah.

Tickets for AURA Fest’s Underground Weekend are on sale now, and are going fast. They’re available at Eventbrite, with a ticket link accessible on The Jinx’s Facebook page.