Clint Murphy, a former Republican political strategist, is a Savannah Realtor and serves on the Board of Common Cause Georgia. 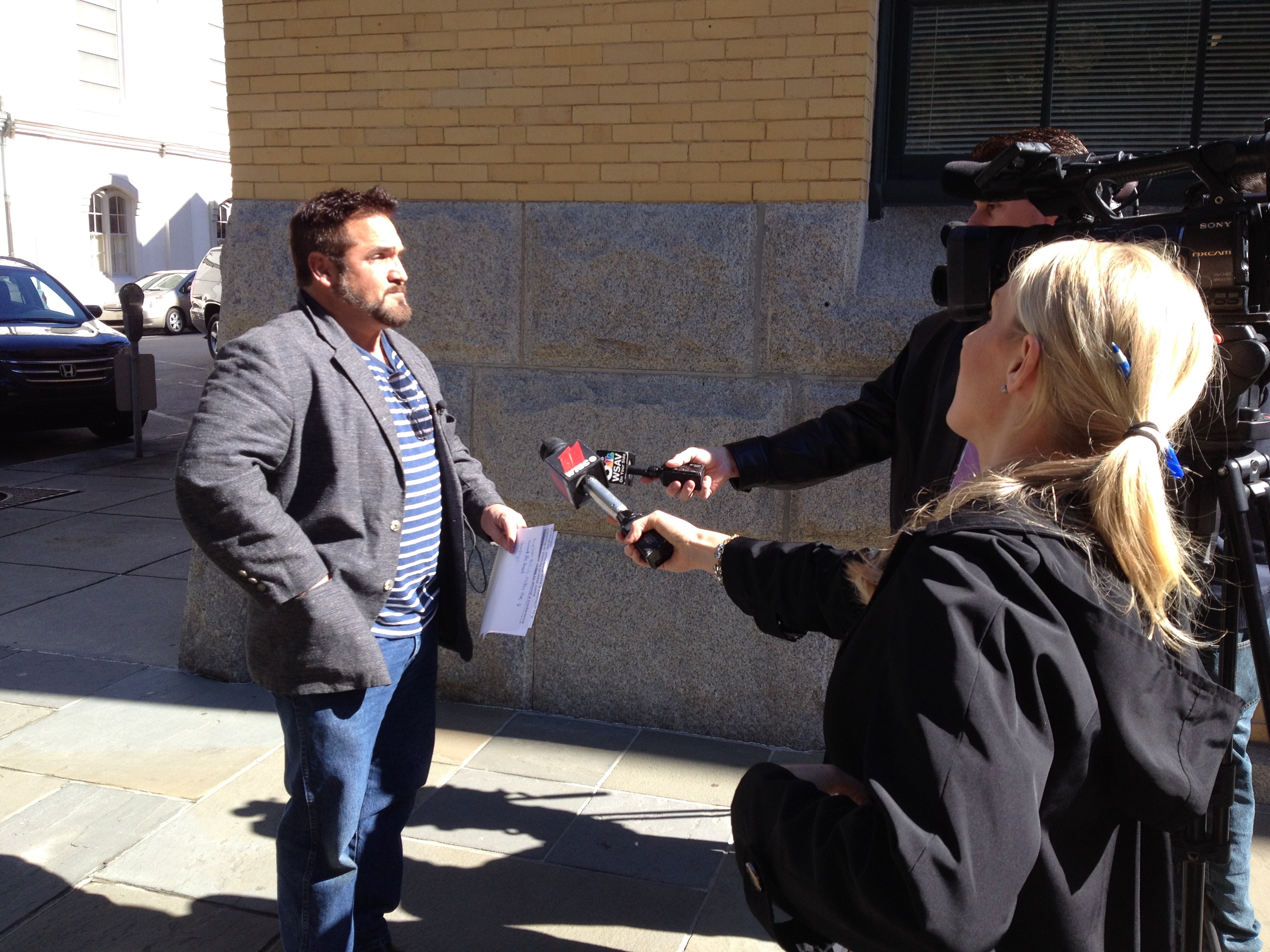 Jim Morekis
County Commissioner Dean Kicklighter showed up at the Common Cause of GA press conference to respond to the allegations against him.

OVER THE past several months, I undertook the task of reviewing the travel reimbursement records of the Chatham County Commissioners.

In fairness, I limited the scope of my review to the period of January 2012 up to the most available records available, in this case, May 2014.

On Thursday, February 5, through Common Cause Georgia, an ethics in government watchdog group, we made the results of these findings public and asked for specific County Commissioners to reimburse taxpayers for what we felt were inappropriate reimbursements.

We further called on the County Commission to develop a new travel policy that is transparent, ethical, and adhered to.

Before I delve into the three commissioners whose reimbursements raised the most questions, the most alarming thing overall is that there is no budget as it relates to Chatham County Commissioner travel. There is no oversight for expenditures other than those of the elected Chairman of the Commission.

What we found could have been much worse. We should be thankful that it wasn’t.

I started my review with the Commissioner from the First District, Helen Stone. Having been involved with politics in the past, I knew Helen, I voted for her when she ran for County Commission the first time, and had spoken up in support of her when she was unfairly attacked by a radio host.

In her most recent re-election in 2012, I did support her opponent because I felt that 8 years on the Commission was enough—time for new leadership.

In reviewing Commissioner Stone’s records, I was alarmed to see that she was asking for taxpayer reimbursement of travel related for purely political and personal events. These events were things such as Republican political fundraisers, charity galas, and even the travel to her very own election night victory party.

She claimed taxpayer reimbursement for driving to her fundraisers, and even travel to meet with a newspaper for an interview for their endorsement. It was disappointing to see someone exercising such poor judgment.

Furthermore, Commissioner Stone has sought taxpayer reimbursement for travel that is not permissible under IRS guidelines and that other county employees can’t request, such as just driving to work. In her case, that would be the commute from her home to the County Commission building.

That 26 mile round-trip journey adds up over the years! The total amount of Commissioner’s Stone’s personal and political travel is $1546.40.

In exchanging letters with Assistant Chatham County Attorney Jennifer Burns, County Commissioners are supposed to abide by the same travel policy as all other county employees.

There is no provision for anyone to check the appropriateness of what Commissioners are submitting and the Chairman is approving. This lack of checks and balances opens itself to the type of abuse we are seeing here.

Commissioner Patrick Farrell from the 4th District was one of the other Commissioners to have questionable reimbursements, albeit lower than Commissioner Stone. In Commissioner Farrell’s case, he didn’t fill out or sign the required county documents, he simply emailed in the date and mileage of events he attended and was reimbursed. No other county employee would be allowed to get away with this type of request.

One of the oddities in his reimbursements is the 69 miles Commissioner Farrell traveled to attend the annual Tybee Island Beach Bum Parade. Another controversial meeting in which he claimed mileage related to a meeting with David Simons.

Commissioner Farrell has hired David Simons in the past as his political consultant, but Mr. Simons is also under investigation by the State Ethics Committee for working as a lobbyist without following state laws that require him to register and report his activities.

In either case, county taxpayers picked up the tab of Commissioner Farrell attending that meeting. The total amount of Farrell’s questionable reimbursements was $72.96.

Then we turn to Commissioner Dean Kicklighter. Commissioner Kicklighter is unique in that he really doesn’t seek reimbursement for much of anything, because he refuses to attend education training related to his job as a County Commissioner.

The Association of County Commissioners of Georgia offers an extensive array of educational opportunities such as those addressing public safety, county operations and management, and so forth. Commissioner Kicklighter takes great pride in the fact that he does not attend these events.

It’s a worthy program; I myself am an alumnus. However, it’s not a program that supplants the education offered by ACCG.

Kicklighter was reimbursed for travel, lodging, and per diem for meals, even though meals were included as part of the retreat. The total cost to taxpayers $358.37.

What Commissioner Kicklighter fails to see is that there cannot be one policy for him and another policy for all of the other commissioners. There is one policy, by which all commissioners are supposed to operate under, which is the same policy as all other county employees.

In Commissioner Kicklighter’s case, I have offered that if he can find a document in which the county attorney gave him approval, our organization will publicly apologize to him for my error.

Clint Murphy, a former Republican Political Strategist, is a Savannah Realtor and serves on the Board of Common Cause Georgia.
More