The idea is to chronicle in real-time her impressions and observations into a series of illustrations. The results often tell the story better and more intuitively than other forms of communication.

Along with discussing his policy ideas, Edminster spoke with Kohler about his background, including stints on The Creative Coast and Chatham Area Transit boards as well as the recently formed Thomas Square Neighborhood Association.

Unlike the nonpartisan City of Savannah elected positions, Chatham County Commission races are partisan (Edminster is running as a Democrat).

The primary, originally scheduled for May 19, has been postponed all the way to June 9 due to the pandemic.

The general election is in November. 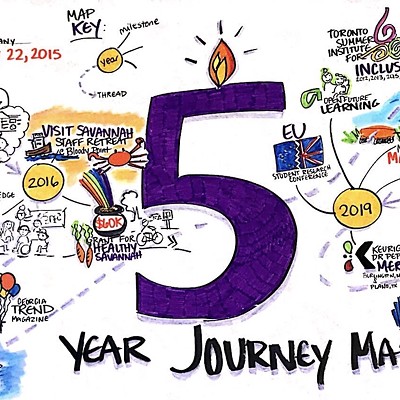