A day in someone else's shoes 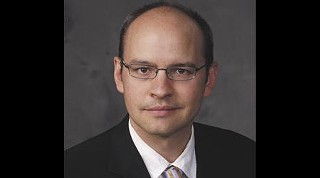 Over the last four years, Step Up Savannah, the initiative to reduce our city's stagnant poverty rate has used poverty simulations as one of the most effective tools in the fight to increase awareness. Regularly drawing participants from across the spectrum of city life, from students to business and community leaders, the simulations help illustrate the difficult choices faced everyday by families living below the poverty line, and how even highly motivated individuals can become trapped in the class of working poor.

On September 16, Step Up will be hosting a poverty simulation that will be open to the public, so Connect Savannah spoke with Step Up's Director Daniel Dodd about their work with the simulations, which has received national recognition, and their progress in the war against poverty.

What was the inspiration behind starting something like the poverty simulations?

Daniel Dodd: First of all, we didn't develop these. We borrowed these from the Missouri Association for Community Action, a non-profit in Missouri. These things were developed by people in poverty, which is what's really fascinating about them. One of the things in Savannah that the [poverty reduction task force] discovered was that poverty had stayed the same for thirty years and was six points higher than the national average. Folks realized very quickly that a different approach was needed. They went looking for a way to tell the story of poverty and found these simulations through the University of Georgia who trained us how to use them.

What has the response been to the simulation program? Do you feel like the people who are taking part in it are leaving with a better understanding of the issue and a stronger commitment to reduce it?

Having done 3 or 4 of these already this year, who is it that's showing up and taking part in them?

Daniel Dodd: At the beginning we targeted business people. Generally, when we open it up to the public we get a mix of students, people that are interested from in town, and we have a fair amount of business people because they hear about it. It's real experiential learning...these things have really helped to change a lot of mindsets about people in poverty. The majority of people that are in poverty report wages, but they're the working poor. The way we define poverty is with the poverty threshold, which is $20,000 for a family of four, but actually self-sufficiency is $40,000 for a family of four. There's a huge gap between people that are in poverty, which is a very old way of calculating poverty, and what you need to be self-sufficient...If you get above $20,000 a year, until you get to $40,000 a year, depending on family composition, you're going to be in danger, even of being homeless. That's what the poverty simulations show to the business people. I'm not saying they come out completely changed, but they're frame of reference has definitely been altered.

When was the last time that the federal poverty level was updated? $20,000 for a family of four seems preposterous based on cost of living and fair market rent and all that stuff.

Daniel Dodd: 1965 was the last time I saw it was updated. There are slight adjustments made every year, but nothing that takes into account all of these things.

Looking at the region, Savannah's median income is considerably lower than Charleston or Jacksonville or other cities. Is part of what we're trying to overcome something that is so fundamentally part of our economy, relying so heavily on low paying service industry jobs, for example, that until we see a further development of knowledge based businesses and similar initiatives through SEDA and the Creative Coast that we're going to stay in this rut?

Daniel Dodd: I don't believe that. The more we diversify the local economy the better off we'll be, but if you look at the strides that we've made with the port, with the universities and the jobs that are there, and the building, there's a lot of construction that's still going on. I think you've hit on something, of course, initiatives like the Creative Coast are wonderful possibilities, but they're always going to be very competitive possibilities as well, because what city in the nation doesn't want to have more knowledge based jobs...I think it would have to be a comprehensive push in a lot of different areas, because even if we have knowledge based businesses that come here, the fact is, we're not going to have the workforce that's ready for those jobs because we've got people that are not graduating from high school. We see people that come into our construction apprentice program that are testing at a 5th grade reading level. It's gonna take them a significant amount of time before they can find career level employment.

Step Up and the City rolled out the Bank On Savannah program earlier this year. Is there any sense of how effective that's been or is it still too early to tell?

Daniel Dodd: It's one small part of all the different things we're trying to do. Let me say one more thing about the hospitality industry. We've got to look at ways to get the hospitality industry more engaged. We've got organizations like the Hyatt that get it, and they're saying ‘we want to provide child care for our employees. We want to do more for our employees.' But you've got a lot of other hotels that don't get it. There are very small steps that those employers could be doing to address the needs of their workforce that would make their bottom lines better, and make their employees pocketbooks and their households a little more secure.

Has there been any talk, since Step Up and the Convention and Visitors Bureau and Chamber of Commerce are all part of the same entity, creating an initiative whereby the CVB could put a little pressure on some of these hotels and tourism based industries to be more supportive?

Daniel Dodd: The hospitality industry needs to understand that the lifeforce of their industry is their workers...The City can help because it works closely with the CVB and the Tourism and Leadership Council, and they've got a lot of power in this community. I understand what an important part of the economy and the community the hospitality industry is, but if you've got four children and you're a housekeeper, you're not going to be able to pay your bills on what a housekeeper makes. We're lucky in this community to have so many tourists that want to be here, but it can't just be that we're thinking about the guests that are coming here, we have to be thinking about the workers that are greeting those guests or cleaning the rooms of those guests. It can't just be short term profitability.