$6 in advance via wormholebar.com, $10 at the door

METAL FANS both local and international felt the impact when Savannah metal band Kylesa called it quits in 2015. With an experimental edge that brought in elements of psychedelic rock, punk, and stoner rock, the band stood out on the heavy music scene for 15 years.

After the announced indefinite hiatus, the question naturally arose: What would the band’s talented members get into next?

Since the break, Kylesa co-founder and guitarist Laura Pleasants has been writing new songs and creating a sound that has become her latest project: The Discussion.

Before they head to Europe, The Discussion makes its debut at The Wormhole.

“It’s all post-Kylesa,” Pleasants says of the new songs. “I’ve been doing stuff in my free time, working on some material, and I have a good amount of half-written material. But I wanted to focus on getting x-amount of songs finished.” 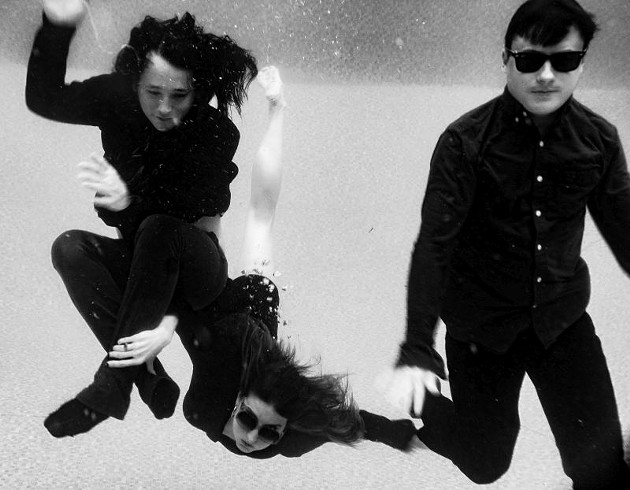 Rather than follow the path carved by Kylesa’s metal/sludge legacy, Pleasants has enjoyed taking a looser approach to songwriting.

“It’s just rock-based,” she attests. “There were always elements of these leanings in Kylesa—I just wanted to branch out in a different direction. I’ve been playing down-tuned heavy music for years, and this is something I’ve wanted to do for years.”

In Kylesa, Pleasants often co-wrote with guitarist Phillip Cope in addition to writing independently and bringing songs to the band.

“I’m used to writing on my own,” she says. “But I guess it is a little more challenging in that I have to come up with more material because I’m writing everything and I’m the only vocalist—there is more to do in that regard. I guess it’s also a little more challenging because I’m going in a different direction. I can write riffs all day long. This is less riff-oriented. It’s been fun creatively.”

To round out her new sound, Pleasants reached out to drummer Richard Adams, who just completed his masters degree at SCAD, and Cray Bags guitarist Derek Lynch, who will be playing bass in The Discussion.

“I’ve been trying to get with Derek for a while because I think he’s one of the better musicians in town regarding the loose genre of the music,” Pleasants says.

Kylesa was very popular in Europe, so it makes sense for Pleasants to debut her new project overseas. Plus, she’s turned the tour into part-work, part-vacation.

“I just want to go to Europe,” she says. “I’ve spent so much time in Europe and I haven’t been since 2014 and I’m really missing it. And, to be honest, it’s almost easier for me to book at tour in Europe than it is in the U.S., and it’s certainly going to be more fun.”

In the Kylesa days, European tours were hectic affairs.

“With Kylesa, we never had days off—it was every day, grinding,” Pleasants explains. “I wanted to do it differently this time, do it on a really lean kind of budget, on a smaller scale—not so grandiose in terms of production—and go over there with some new tunes and really work through them live.”

The tour, which Pleasants booked herself, takes the band on a sweeping journey through Germany, Sweden, Norway, Poland, Austria, Hungary, Serbia, Bulgaria, Greece, France, England, Belgium, The Netherlands, and Switzerland.

“They’re places I’ve been before—I booked this tour through people I’ve met over the years,” Pleasants says. “It’s mainly all places I’ve been to before with Kylesa, and also places I just really wanted to go, too. Maybe it’s not the most lucrative places, like in Eastern Europe, but I really wanted to go there and we’re going to have a good time.”

She looks forward to showing her bandmates, who have never been to Europe, some of her favorite sites.

“We’re definitely going to take everyone to some cool spots,” she says. “There’s this bone church in the Czech Republic. Stonehenge. Some art museums I want to go back to that I haven’t been to in a while. We have a day off in Vienna and we have a few days off in Greece. I want to explore Greece a little more. We’re doing several more days in Italy, which I never did in Kylesa—it’s a very small market for music—but we’re going there and we’ll basically eat our way through!”

Once they return, Pleasants would like to record and possibly tour the east coast, but she’s not drawing hard lines.

“We’re going to play it by ear,” she says. “We’ll just have to see. I will continue either way, but I probably won’t book a big tour. I’ll shop [the demo CD] we’re making around to some labels to see about some interest ... I’m not making any decisions at the moment. I’m serious about this project, but also not serious about it, if that makes sense. I’m serious about it musically, but I’m also curious about doing things another way. I want to do them at a pace I feel comfortable.”

Pleasants says Savannahians can expect to hear new songs, covers, and a couple of Kylesa songs at The Wormhole show.

“It’s exciting because I haven’t played since 2015, and the last time I played The Wormhole was with Kylesa in May 2014,” she says. “I’m really looking forward to getting on the road and playing again, getting my chops back up, and playing on a stage.”