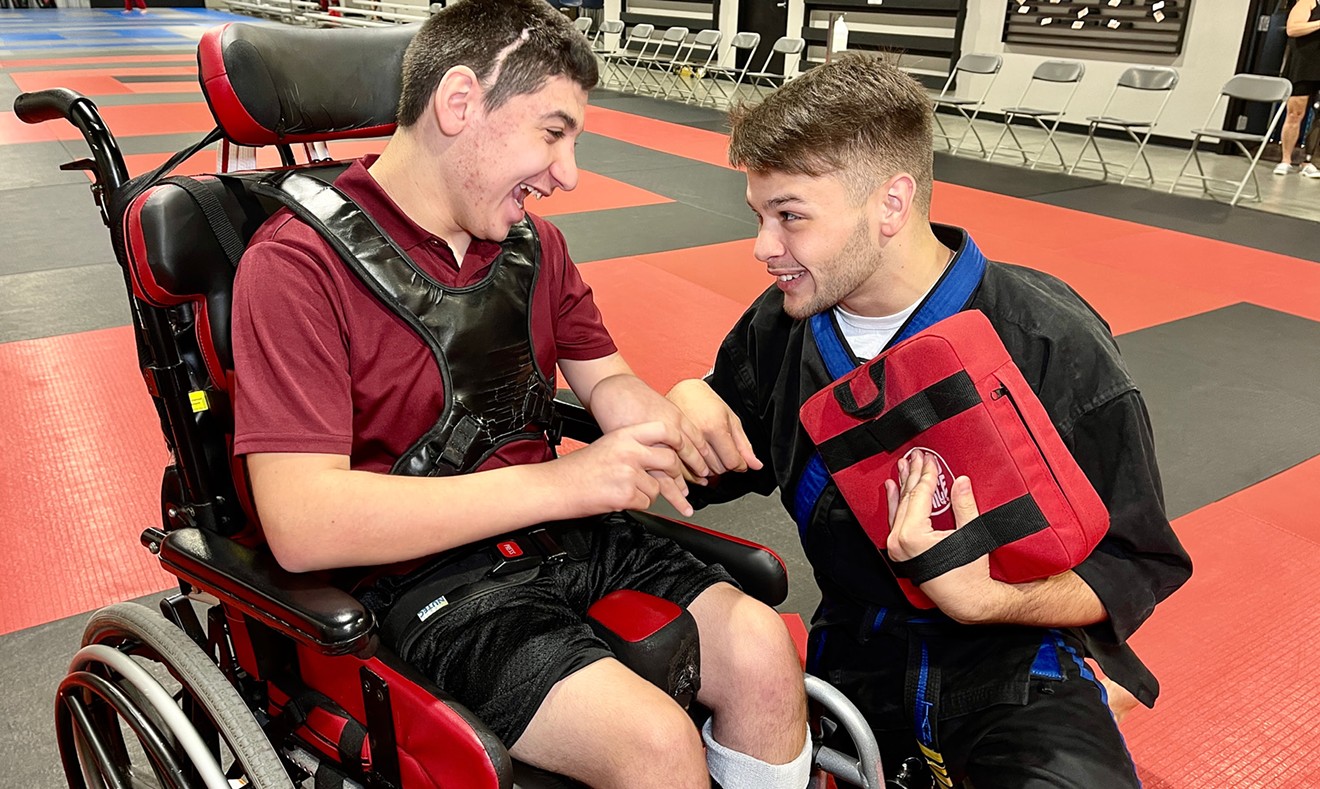 As you drive down Rogers Street in Pooler, you might not notice the white industrial building blending in like another local business. However, inside the doors of Pooler Karate Krav Maga, young lives are being changed through their Special Kicks program and the master instructor behind the whole idea.

Carson Fortner, a native of Savannah and the founder and master instructor at Pooler Karate, has so many awards, accolades, titles, and credentials in Tang Soo Do, Krav Maga, and Jiu-Jitsu listed on his webpage, one can see the indelible mark martial arts has made on Carson’s life. He opened the dojo six years ago and wanted to focus on something necessary to help kids with special needs not feel so different.

Fortner stated he derives satisfaction, not from the accolades, but from aiding others and teaching something so important throughout his life.

“I love these kids,” Fortner said. “It’s great to watch them develop into a better martial artist than I am. We give them something to look forward to when they know they’re coming in for karate training.”

“It’s not going to physical therapy or a doctor’s appointment,” said Michelle “Chelly” Davis, mother to thirteen-year-old Maddox, a weekly regular at the gym. “He’s such a happy kid. Seeing him being included does my heart good. That’s what it’s all about… belonging.”

Maddox Davis has an all-terrain wheelchair specially customized for him and made possible by fundraising at Pooler Karate. Although he has cerebral palsy, Maddox enjoys mountain hikes and visits to the beach with his family thanks to his new “wheels.”  Nothing matches the ear-to-ear grin, though, as Maddox works with his trainer and chief instructor, Matthew Sangiorge.

“He’s our therapy,” said Maddox’s nurse caregiver, Salana. “Anytime you mention his instructors or the gym, he gets so excited, shaking, clapping, and laughing. I definitely see a change in him.”

Fortner stated the gym had 40% of its funding cut from the State of Georgia. According to a policy review by the Georgia Budget and Policy Institute, Georgia’s 2021 fiscal year budget cut the state’s general funds for the Department of Behavioral Health and Developmental Disabilities by $24.3 million from the previous year. Fortner stated the Special Kicks program has support for their current clients, but such deep budget reductions mean they don’t have funding for new students. Families seeking financial help for a special needs child might not get it due to these changes, he stressed.

“I don’t understand how the state could cut a budget for something so important to Georgia families—kids mainly—with disabilities,” Fortner said. The program lost over fifty kids due to this governing decision, but they still have thirty-five families who train consistently.

Fortner refuses to give up on them or the program. “We’ll raise the money ourselves. We are planning events and have other ideas on how to help kids and families,” Fortner said. “We’ve done it before.”

A previous project included raising money for a $31,000 van for Maddox, as well as designing a special walker for him enabling more movement and walking with the aid of his trainer.

“Helping people is just in Carson’s DNA… in his blood,” said Millie Orme, Special Kicks Coordinator, and sister to Fortner. “Carson started karate young. One day, his instructor just…disappeared. I remember him feeling so let down because training meant so much to him. When we moved to another town, he was able to get into karate again and it was at that point Carson knew exactly what he wanted to do…open his own karate studio and share what he knows with kids.”

Many of the clients in the Special Kicks program are on the autism spectrum. They also work a lot with those with a brain injury, down syndrome, cerebral palsy, and amputations, to name a few. Trainers and instructors work individually with each kid to determine their needs and what they might benefit from with walking, stretching, flexing, and overall range of motion.

Orme noted, “Like any other business, though, we have to pay employees and keep the lights on. Losing so much of the state funding really hurt. That’s why we’re turning to fundraising. This program can’t go away.”

Her brother agrees. “I’ve worked with special needs children for years and I have discovered that those kids who participate in a karate program like ours actually show increased mobility, memorization, and self-esteem,” Fortner said.

Joseph Bouchard’s daughter, Jacqueline, is thirteen with the diagnosis of microcephaly. They were told early on that she would never walk. As the chief Krav Maga instructor in the Special Kicks program, Bouchard encouraged her to start training and they never looked back at her diagnosis. “She’s found her groove with Jiu-Jitsu,” Bouchard said of his daughter. “With her training, her focus has totally improved. There are huge changes in her confidence and socializing. She’s even written a book about her experiences.”

“This support program really changes a child’s life,” Maddox’s mom, Chelly added. “He’s part of a community and feels like he belongs in the group.”

For most families, a support program could change their child’s life.

“That’s why we do what we do,” Fortner said.

“We have a GoFundMe campaign going for donations and we are planning our second annual gala on December 11 here at the dojo,” Orme said. “There will be a raffle and silent auction, as well as sponsorships available. We’ll be working with the Low Country Down Syndrome Society.”

“These kids really deserve our support and help,” Fortner said. “No matter what, we’ll keep providing them with the lessons, focus, and, most of all, sense of community and friendship because everyone deserves that.”

Tickets for the fundraising events are available, as well as sponsorship opportunities. The group is seeking donations for raffle and auction prizes.

Teen creates ‘UTime’ for fun and friendships with special kids 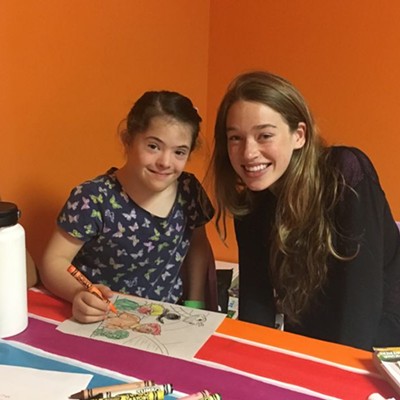