Summertime can be a slow season for Savannah foodies, but that doesn’t mean there isn’t stuff cooking behind the scenes. We’ve plated the latest restaurant and food-related amuse-bouches for you to chew on as well as some delicious snacks we may have missed.

So tuck in your napkins and get your forks ready, Savannah—there’s always something new coming out of our local kitchens.

Victory in Midtown! A new restaurant in the historic ice factory formerly known as the Florence is already in the works after Chef Hugh Acheson closed up shop in June. The Wyld Dock Bar’s Tony Seichrist announced earlier this month that he bought the lease from Acheson and has some ideas on what to do with the building’s three separate spaces. He and Atlanta chef Landon Thompson are working on a “casual Mexican” concept for the stunning grand dining room, along with a seafood-themed raw bar upstairs (that gorgeous patio!). The sunny nook tucked in the breezeway could become a gourmet market or remain a coffeeshop—we’ll find out before the unveiling in early 2018.

The whole hog. Speaking of the Florence, we eagerly await the return of Chef Kyle Jacovino as he puts the final touches on the menu of the 1540 Room inside the fabulously re-appointed Desoto Savannah. Word on the street is that it was will feature handmade pastas, fresh-butchered charcuterie and “hyper-local” ingredients like pork and poultry raised by Forsyth Farmers Market mainstay Brandon Chonko at Grassroots Farm. A hungry little bird also tells us that Jacovino’s famous pizza will be featured at the Two Tides Brewing Company, slated to open in the Starland District’s Old Dairy this fall. 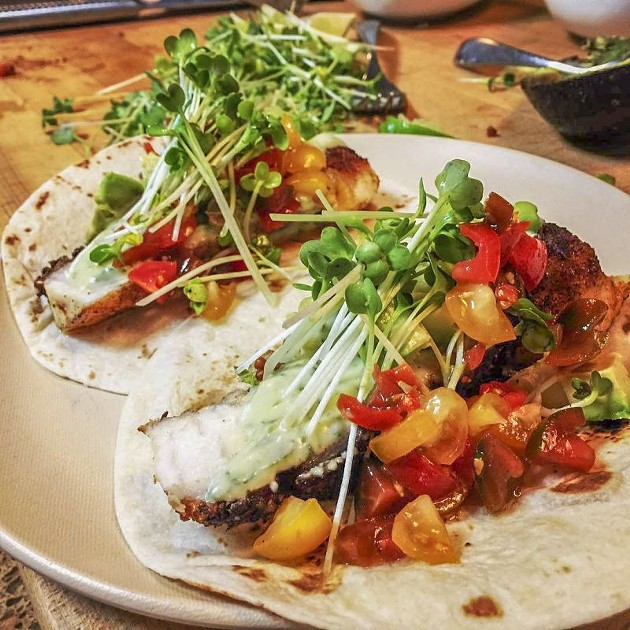 Tacos every day! After salivating over Bull Street Taco’s social media posts for months, we’re thrilled to know the wait is almost over. Handmade masa tortillas are the foundation for an awesome array of fillings, from egg-topped chorizo to adobo shrimp to roasted mushroom. Sides include agave Dijon slaw and Carolina Gold rice, and we can’t wait to try the goat milk churros from A Squad Bake Shop. And ay, carumba—the margarita menu!

Diplomacy wins. Ladies (and gents)who lunch are marking their calendars for later this month when The Diplomat Luncheonette opens at 314 Drayton Street, right next to the Original Pinkie Masters. Chef and local pop-up guru James Levens first gave folks a taste of his out-of-this-world sandwiches at Smith Bros. Butcher Shop and now brings his homemade breads, fresh salads and tasty sides to his own brick-and-mortar venture, open 11-6 and late nights on the weekends. Maybe we can convince him to do dinner, too?

Fill your plate at these festivals. The South’s true culinary roots get their due at the Taste of Soul Savannah, filling up plates with fried chicken, okra and plenty of good stories at the Int’l Trade and Convention Center on Sept. 7. The Pin Point Seafood Festival on Sept. 15 will serve up crabcakes, shrimp n’ grits and other gifts from the sea from the historic community on Shipyard Creek—don’t forget the hot sauce! On Oct. 7, the tree-shaded median in Daffin Park transforms into a gourmet gauntlet for Food Day 2017, the largest Food Day Festival in the country.

New face at Pacci. Over on Houston and Bay streets, Pacci Italian Kitchen + Bar welcomes a new set of knives to its culinary leadership: Executive Chef Brian Cripps has already expanded the menu of Tuscan-themed offerings and plans to partner with local community gardens. Mentored by Los Angeles-based French culinary icon Ludo Lefevbre, Chef Cripps has plenty more to bring the table, judging from last week’s Savannah Gourmet Seafood Festival. We can’t wait to see what he has in store for Pacci’s Wednesday Night Supper Club!

Opa, downtown! Hellenistic foodies can rejoice that Yia Yia’s, the popular Greek café in Ardsley Park, is opening a second location this week on the corner of Abercorn and Oglethorpe streets in the space recently vacated by PJ Thai. Serving up favorites like moussaka, pastitsio and gyros, Yia Yia’s also satisfies your sweet tooth with kourabiethes, galaktoboureko and several varieties of baklava. This is where you can get your fix for loukoumades—those delectable honey puff donuts previously only available once a year at the Greek Festival. 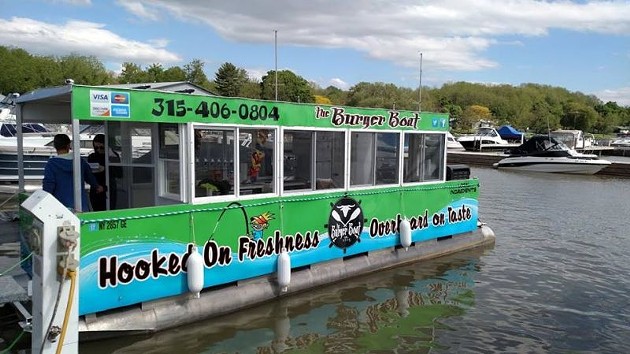 Grill on the water. We know all about food trucks, but food boats? The Burger Boat made a huge splash when it set sail from the Bull River Marina a couple of weeks ago, delivering juicy, grass-fed burgers and all-beef hot dogs to local docks and sterns. Confusion about permitting for the cruising concession stand has forced the operation to move to the nearby waters of South Carolina for now, but owners Steve and Margo Martin remain committed to bringing fresh-grilled sustenance to Chatham County’s salt lifers.