A Lone Wolf at the door or just the winds of change?

ONCE UPON a time in downtown Savannah, call it 20 years ago, zoning was fast and loose and rents were cheap. Most anybody with a plucky entrepreneurial spirit and enough credit could open a business on Broughton or Bay streets, then send up prayers and smoke signals that customers would find their way through the door.

These days, of course, you’d have to have crazy capital or be a franchisee of a corporate chain to afford a slice within the city’s tourist-laden commercial corridors.And the zoning acrobatics required to build out even the simplest storefront make many projects unachievable, unless you want to build an ugly hotel.

Like anyone following the tides of gentrification, Savannah small business folk have sought out new, more affordable lands.

In the last few years, dozens of shops, services and restaurants have popped up on the slow side of Forsyth Park, and more recently, the once sleepy blocks of Bull Street and Habersham south of 37th Street have come alive, especially in the evening hours. 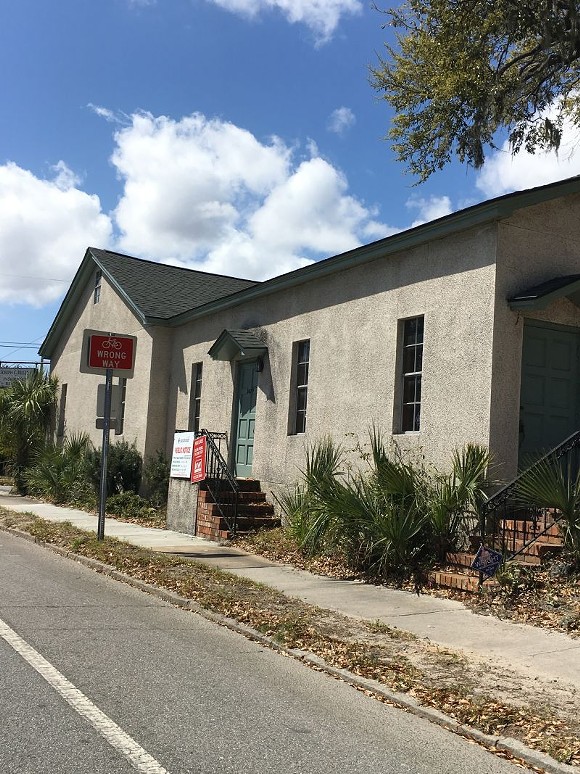 Foodie beer anchor Green Truck Pub has been joined by culinary-cum-craft cocktail hotspots The Vault and Atlantic, and the Wormhole continues to hold space for live music and late night munchies. But other than long-standing watering hole Sey Hey’s, there isn’t a place for a thirsty local looking for a simple, laid-back pour.

The proprietors of the Lone Wolf Lounge would like to fill that niche. Veteran bartenders and first time entrepreneurs Thomas Worley and Andrew Ripley signed a lease on the former insurance office at the corner of Lincoln and 41st streets earlier this year, offering up a vision of a low-key tavern to serve surrounding residents and anybody else uneager to deal with the downtown crowds.

“We want to be the neighborhood’s ‘third place,’” explains Worley, citing sociologist Ray Oldenberg’s renowned concept of comfortable, inexpensive gathering spots beyond work and home that are essential to a civil society.

Worley has been masterfully handling River Street crowds at The Bayou for eight years, and his deft drink slinging seems a fabulous pairing with Ripley’s celebrated mixology skills, currently shaking and stirring at the Andaz. They’re also both local musicians, though the Lone Wolf Lounge won’t host any live music, unless these gents whistle while they work.

Their chosen corner location already holds the necessary commercial zoning designation TC1, though it needs special approval for use as a bar, nightclub or tavern. The partners presented their plan to the Zoning Board of Appeals last week, describing an elegant atmosphere and thoughtful wine selections.

They were met with vociferous opposition from some representatives of the Thomas Square Neighborhood Association (TSNA), who argue that the Lone Wolf would be a hot mess in sheep’s clothing.

“This is a residential area, and the people who live here don’t want a bar next door,” says longtime TSNA member Virginia Mobley, who is leading the charge.

“It is just not an appropriate business for that location.”

Pretty, well-maintained Victorians and craftsmen bungalows fill the streets beyond the site, and there is a lovely little cottage next door. While the nearby north-to-south routes boast a bustling mix of homes and businesses, one-way Lincoln, with its wrong-side-of-the-road bike lane, remains tranquil all the way to Liberty.

Yet the building in question sits mostly surrounded by other small businesses on 41st Street, which suggests a growing commercial micro-corridor. Those shops and office operate in the daytime, sharing limited street parking, a primary issue. The narrow thoroughfare could be a disaster during crossover hours, and emergency vehicles can barely squeeze through as it is.

The irony is that if the Lone Wolf were a coffeeshop instead of a bar, it wouldn’t have had to apply for a special permit at all, and the parallel operating hours would cause a clustercuss of magnificent proportions.

It also seems unfair and frankly absurd to foist the parking problem onto new businesses; given the growing popularity of Starland, it is something the city will need to solve sooner than later.

Maybe that’s part of why city staff recommended that the ZBA deny the proposed use at last week’s meeting. The board deferred its vote until it meets again in April, and each side is rallying its support.

The MPC has received dozens of letters supporting and opposing the project, the majority of the latter coming from vendors of Picker Joe’s Antique Mall, who cited already existing parking woes as well as anticipated trash, noise and drunken vandalism.

“That is not our clientele,” promises Ripley, who also serves as the principal oboist in the Savannah Philharmonic.

“We want people to walk over from their homes, ride their bikes. Our purpose is to serve the neighborhood.”

Some neighbors aren’t buying it. Though she claims it is not a move against the Lone Wolf specifically, Mobley and eight others submitted a petition to the city the first week of March to place a moratorium on alcohol permits in the TC1 and TC2 parts of the district.

That precedent was set after Westside residents convinced city council to deny an alcohol license to The Stage on Bay over similar concerns. The venue was finally granted its permit after lawyering up, and the city saved face by issuing a 90-day moratorium on liquor licenses downtown in order to study the density and effects of alcohol-related establishments.

(Shame the council can’t do the same for hotels, which are germinating like mushrooms that block out the sun.)

“This is an up-and-coming business district, and the zoning is working,” admonishes Edminster, adding that he lives in the area and welcomes the Lone Wolf as well as a small brewpub slated to open this fall in the old Starland Dairy.

“Why would you want to impede local businesses run by good people?”

Mobley, who ran for mayor in 2003 and whose family has lived on this patch of the city since cows roamed it, insists that she and the others only want what’s best for the area.

“Believe me, I am not against progress, or alcohol, for that matter,” she exclaims when it’s suggested that the Lone Wolf would bring more dollars uptown for all.

“My dear, I have been working for the growth and redevelopment of this neighborhood for forty years!”

Indeed, this is the powerhouse that led the renovation of the Bull Street Library when city officials tried to close it and convinced Kroger executives to build a smaller store on Gwinnett Street to keep the neighborhood from becoming a food desert. She’s proud of the work she’s done to shape and keep the character of the neighborhood, and no one’s going to get wasted and act a’fool on these sidewalks on her watch, even if they are city aldermen.

As someone who fought unwanted development in my own ‘hood to no avail (see “Nightmare on 61st Street,” 4/24/13), I can empathize. It takes vigilance and tenacity to defend one’s turf, and once you open the gates to a certain element, there’s real fear that a tsunami of terrible change will follow.

Yet further uptown in Habersham Village, none of the worst case scenarios my neighbors and I imagined about parking and parties and trash have come to pass, and we can’t deny the success it’s brought to nearby shops. 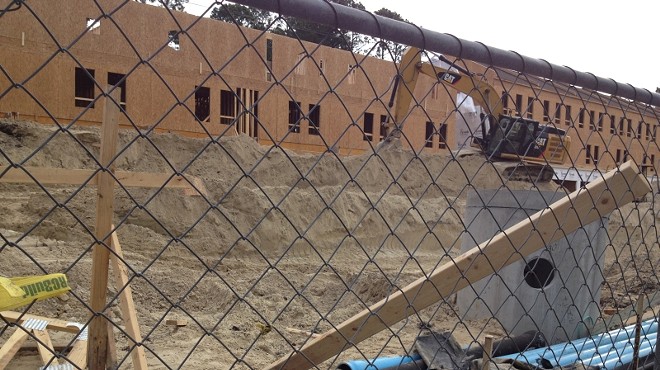 Yes, I still have to look at that monstrous student housing behemoth, but I’ve adapted by keeping the shades drawn.

While the reflexive objections to the Lone Wolf are understandable, it’s not reasonable to expect a neighborhood not to evolve and change. Savannah sure has over the last two decades.

The Starland/Baldwin Park/Thomas Square district is having an important moment, and encouraging small businesses now is vital to its future.

As this deal goes down in the coming weeks, I hope all of us can remember that we’re all on the same side of the block.