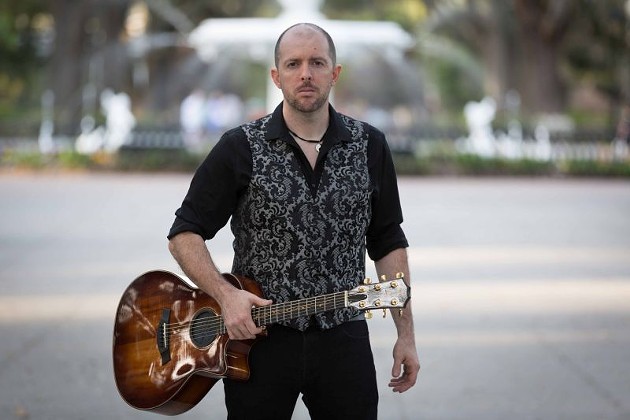 Thomas Claxton and The Myth perform at The Stage on Bay.

Savannah’s own Thomas Claxton and his band The Myth take on The Stage on Bay for a good cause.

It’s been a busy spring for Claxton. The songwriter and band leader just returned from Los Angeles, where he accepted an Indie Music Channel award for Best Rock Artist. It’s his second year coming back to Savannah with an award—last year, he took home Best Rock Artist, Best Alternative Artist, and Best Rock Recording and was nominated in seven categories.

Additionally, Claxton is ready to release his new album, Age of Propaganda. Along with his Myth bandmates, the record features contributions from members of Huey Lewis and the News, Parliament-Funkadelic, and more. Soon, he’ll share a video for the single “Maybe I’m Crazy,” filmed by actress/producer Gianna Palminteri, wife of Academy Award-winning actor Chazz Palminteri (Bullets over Broadway, The Usual Suspects, A Bronx Tale).

“I wanted to leave it up to her interpretation, because I believe everybody gets something different out of music,” Claxton says of the video’s creation.

The result, a story of a longtime couple being pulled apart, was shot in Bedford, New York; it will be available on Vimeo and additional video platforms on Saturday, May 5.

Claxton’s planning an album release in early summer—stay tuned for details. In the meantime, the band looks forward to playing The Stage on Bay, a show that is also a benefit for the Alzheimer’s Association of Coastal Georgia. 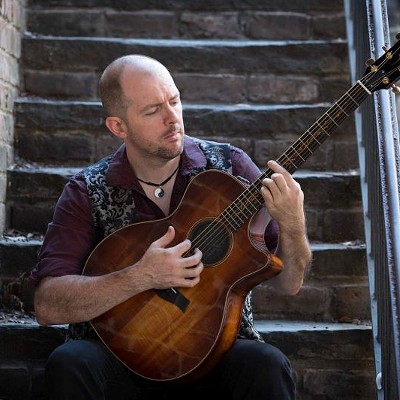