A reckoning on Cumberland Island 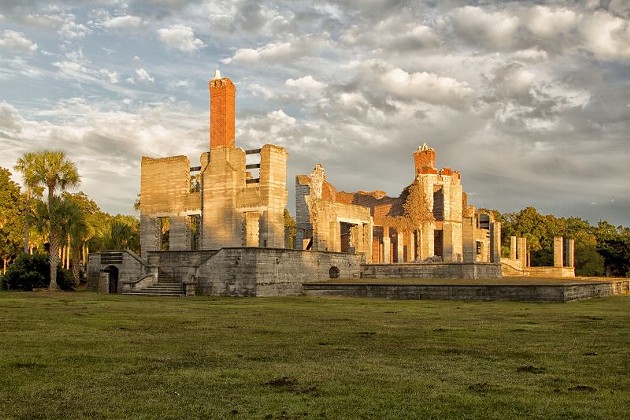 SOME TIME this spring, coastal residents could wake up to news of the biggest deal on Cumberland Island since the deal that created the National Seashore there in the 1970s.

Right now, behind the scenes, negotiators are working to forge a “grand bargain” between a witch’s brew of governments, property owners and environmental activists.

In the balance lies the future of about 1,000 acres of privately held land on Cumberland Island, what most people know as a public wilderness, a serene and wondrous spit of sand and marsh accessible only by boat.

About 60,000 people visited Cumberland Island last year. People from around the world are drawn there by its pristine beaches, dense maritime forests and rich human history.

The talks could determine whether visitors see more human development or more nature when they take that boat ride, spray on bug poison and take a hike. Developers are proposing residential subdivisions.

“The vast majority of us would prefer that there were absolutely no more development on Cumberland Island,” says Alex Kearns of St. Marys Earthkeepers, an environmental group that left the negotiations. “But that’s not feasible.”

Kearns believes that legally and politically, the winds don’t favor a total stop to new development right now. She says that her group left the discussions because they felt that they could be more effective talking about them from the outside.

The facts are indisputable. Private properties slice through the National Seashore like a handful of blue-colored cards in a yellow-colored deck. They were part of the “original bargain” that saved the island from Hilton Head style hotels and golf courses in 1972.

Back then, everyone thought that these private lands eventually would become part of the Seashore. But they didn’t. Lack of both money and political will to use eminent domain has landed us now at the same crossroads: subdivisions or nature?

Kearns is optimistic that the chief negotiator, the National Seashore’s Superintendent, Gary Ingram, can get all sides to agree to setbacks, density limits and other mitigating factors so that the new homes “aren’t that bad” (my words, not hers).

“The best that we can hope for is to minimize any damage,” Kearns says.

But if you think all environmental activists agree on strategy, I have an island to sell you. 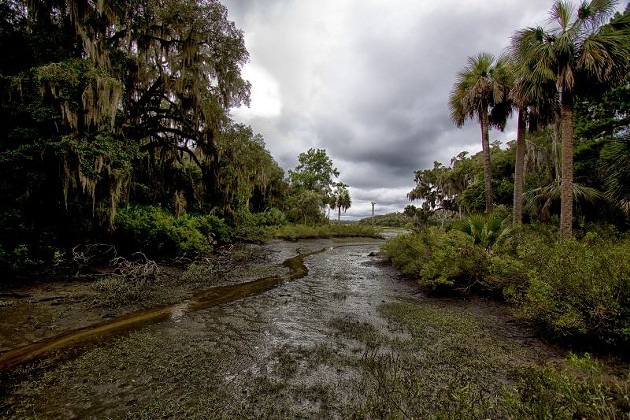 Karen Grainey of the local Sierra Club chapter believes that the Seashore should stick to its enabling law, which envisions a more wild, not a more developed, Cumberland Island.

“It’s not inevitable,” Grainey says of new homes, which would go near the Seashore’s most highly-visited area. “Instead of sitting at a table and negotiating away the promise of Cumberland Island becoming more wild, we should be fighting a really tough fight.”

Environmental hardliners don’t want any new homes. They argue that private property rights aren’t the same as development privileges. But hardliners aren’t at the table. They say they’ve been shut out of the talks. The main negotiator on the conservation side appears to be the Southern Environmental Law Center.

For his part, Ingram, the man in the middle, says he’s trying to reach an agreement that will benefit the island “as much as possible, for as long as possible.”

“Everybody is working well together,” he says. “If it falls apart, at least we can say that we tried.”

Without a “grand bargain,” the island’s future could be thrown to the courts, a long and drawn-out crap shoot for everyone. Hardliners are hoping for a delay. Honestly, they’re hoping for a change in the legal and political winds, in Congress and the White House.

In the meantime, the Camden County government could make a zoning decision in a few months based on the outcome of “grand bargain” negotiations.