A trip back in time 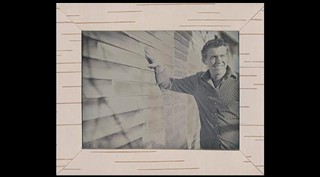 Two very different, yet equally intriguing artists will be showcased at the opening of a new show at Iocovozzi Fine Art on Friday, March 19.

The first artist, a painter named Anne Power Hardenbergh, was the sister of Tyrone Power, a big-screen heartthrob during the 1930s and ‘40s. Hardenbergh’s paintings translate pastoral landscapes into colorful scenes with a strong stylistic nod to the brush strokes of Impressionism.

The second artist, Casey Waters, is bringing with him the first contemporary daguerreotype exhibit to be shown in Savannah. “Dags” as they are known to collectors were the first form of photography, debuted in the early–to–mid 19th century, which used toxic chemicals to affix captured light to a treated plate of copper and silver.

Waters is one of only a handful of artists still working with the traditional methods. We spoke with him by phone while he was at home in New Hampshire preparing to make the trip south with his work.

What is it that drew you to daguerreotype?

Casey Waters: I’ve grown up with them since I was about 6 or 7 years old, when my dad started collecting them. One of the first conferences we went to when I was about 9 or 10, I saw a modern daguerreotypist making some images and it absolutely fascinated me, because they have a quality that you won’t find in any other photograph – an almost holographic quality. I started taking black and white photographs when I was in my teens. A few years ago, I realized I could learn how to make daguerreotypes. I found a mentor. Then, shortly thereafter, I found an old time photographer who had a complete set up and wanted to sell his whole operation. I got lucky. The uniqueness and the one of a kind quality – that really makes me like doing it. There’s no duplicates. The photographic object is one of a kind.

Does the process still rely on a bunch of highly toxic chemicals? Are you working with mercury and a bunch of chemicals to make these plates?

Casey Waters: In a controlled environment they aren’t as dangerous. The amount of mercury loss is really not much when you’re heating it because the plate – a copper plate coated with silver – is blocking all the vapors that come up. There’s nothing that’s really going up into the atmosphere.

Is there an underground network of daguerreotypists who are doing this and exhibiting and active?

Did you have to find a 150-year-old camera to do this? Can you make one yourself?

Casey Waters: My dad was a photographer, so I’m using his 4x5 view camera. I’ve adapted an old glass plate negative holder to hold the daguerreotype plate. I’m using a camera that’s maybe 20 years old. It’s just adapting the technology. As far as having the plates made, I found a metal plating and polishing company. They do trophies and silverware. I bring them raw four by five inch pieces of copper and then they electro–plate silver on the surface.

Is this a response to the digital camera – people shooting a near infinite number of pictures – and then having this one–off photo that is a unique piece?

Casey Waters: Yeah, I’m the antithesis of any modern photographer, I guess you could say. I don’t own a digital camera. I would rather take my time and think about the individual photo rather than just snapping off a bunch. That’s how I look at digital photography, I don’t even like to call it photography. You’re just capturing bits on a computer chip. I think a photograph is something you can hold in your hand. It’s an object, not something you’re going to see on a screen that can be easily manipulated. Antique “dags” have lasted over 160 years, so to that effect my images will be around longer in the future than any paper photos and digital images that will be lost because of the vast number that are produced.

What’s the learning curve like? Were the first few really tough and now you’re coming into it, or was your background in photography enough to get you through?

Casey Waters: A lot of how you make an image look the best is actually in the plate preparation. The polishing and buffing of the plate is as important as getting the correct exposure. You need to really build from the ground level up. If you don’t have a good foundation, whatever you do on top of that isn’t going to matter. My first images that I started making had all kinds of problems, and there were some problems that I didn’t solve until even a few months ago. Things come up and then you figure them out. When you figure that out, some other thing comes up. I’m at the point now where I’m able to control 85 or 90 percent of what’s going on. 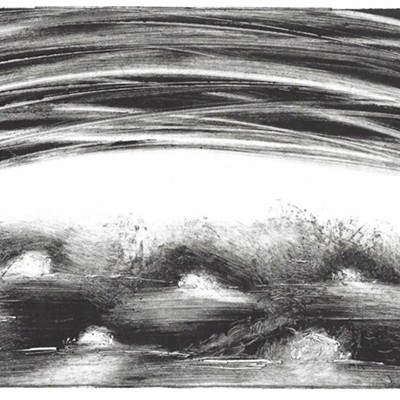