A HEARTFELT thanks to all the Film Scene readers who came out to the Savannah Cultural Arts Center for last week’s debut installment of the Double-Vision Film Series, jointly curated and presented by the Psychotronic Film Society and CinemaSavannah and co-sponsored by Connect Savannah.

That sneak preview of the soon-to-be-released British-made revenge thriller “A Good Woman is Hard to Find” was a rough and tough experience that delivered quite a whallop to the more than 150 audience members in attendance, and left most of them heatedly debating the film’s provocative and violent, female-led storyline afterwards – which is always the sign of a worthwhile motion picture.

We’ll announce the next Double-Vision selection in a few weeks, but CinemaSavannah will be back at this comfortable venue in the next few days with another exclusive area screening of a recent, critically acclaimed feature. More on that later in this column. 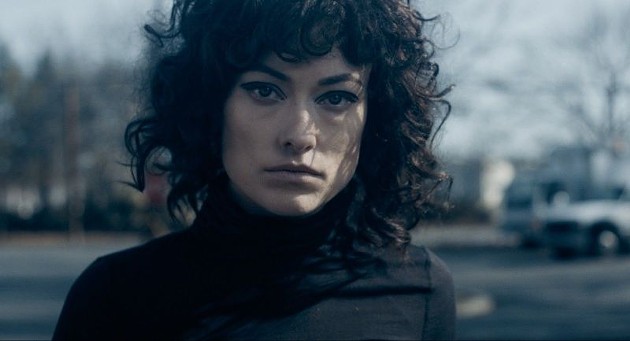 Still from "A Vigilante."

We start out on the Southside on March 4, when the AMC Savannah 11 multiplex behind the Savannah Mall presents an encore presentation of the Metropolitan Opera House’s latest high-def digital document of one of their live stage shows. This time, it’s Sir David McVicar’s newly reimagined production of Handel’s “Agripinna,” which was initially intended as a satire on government dramas of its time (the very early 1700s) but after decades of relative obscurity has been rediscovered and set in the present day. This four-and-a-half hour “adults-only” show is performed in Italian, with English subtitles. 6:30 p.m. showtime.

Speaking of classics, the next night, March 5, the Tybee Post Theater continues its ongoing series of beloved, old-school Hollywood triumphs with a single showing of director Billy Wilder’s 1960 dramedy “The Apartment,” starring Jack Lemmon, Shirley MacLaine and my favorite martian, Ray Walston. This five-time Oscar-winner was an eye-opening look at the duplicitous nature of NYC businessmen of that era, and the oddly commonplace practice of adultery during the workday which pervaded many professions in those days. 7 p.m. showtime.

A couple of nights later, the Tybee Post presents one of the more provocative suspense dramas of this past year, which most folks in our area missed during its incredibly time in our corporate multiplexes: “Uncut Gems,” starring Adam Sandler, Idina Menzel and former NBA athlete Kevin Garnett (playing a heightened version of himself in an impressive film debut).

An almost unbearably tension-filled faux cinema verité that follows a flashy NYC jewelry store owner and big stakes gambling addict (Sandler) over a hectic weekend in which he attempts to quickly pay off life-threatening sports betting debts by selling an incredibly rare and pricey black opal, it’s one of the very few films in existence in which Sandler steps away from the low-brow, frat-boy comedy shtick he is best-known for delivering in the extremely popular films he writes and produces himself.

Look for two absolutely terrific supporting performances in this film: one from former “Taxi” star Judd Hirsch that only further cements his standing as one of the most underappreciated actors of his generation, and another from esteemed playwright and character actor Eric Bogosian.

“Uncut Gems” is unabashedly not for everyone. It’s a hectic, cacophonous motion picture that is as claustrophobic as it is unrelenting. It takes great liberties with its character development and pacing, and the Safdie Brothers clearly place great trust in viewers, assuming they will offer up the benefit of the doubt and go with the directing team wherever they lead.

So, if you don’t care for unanswered questions and are uncomfortable grappling with emotionally challenging situations, you may want to think twice before seeing this movie. “Happy Madison” it ain’t. Showtimes at 3 p.m. and 7 p.m. on March 7 and 8. 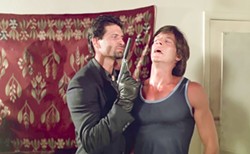 Heading out to the similarly sized historic Mars Theatre in the nearby city of Springfield, Ga., they present director Sam Mendes’ smash WWI action-drama “1917,” in what may likely be one of its last big-screen engagements here in the Coastal Empire.

Admired worldwide for its kinetic “you are there” camerawork and reportedly seamless CGI effects (which help achieve the illusion that the movie is made up of one long, real-time shot without edits of any kind), this up-close, period-piece recreation of the harsh realities of trench warfare in the early 1900s took home scores of major filmmaking awards and deserves to be seen in a theatrical setting. This cozy, unpretentious non-profit venue is a great place to do just that. Showtimes at 7 p.m. on March 5 trough 7, plus a 3 p.m. matinee on March 8.

A few nights later, the Mars opens an extended run of the Christian-themed biopic “I Still Believe,” based on the real life story of successful contemporary Christian singer-songwriter Jeremy Camp and his wife Melissa Lynn Henning-Camp – who battled ovarian cancer, which was diagnosed before they even married. It stars respected actor Gary Sinise and famed country-pop songstress Shania Twain as Jeremy’s parents, and although it won’t be released until March 12, it has already been named the Number One Best Romantic Film Premiering in 2020 by teen magazine “Seventeen.”

Based on the assumption that it will appeal to non-Christian viewers as well as members of that faith, it is projected to do very well for a low-budget independently made feature, with estimations it will earn as much as $18 million in its opening weekend. Faith-based, family-oriented fare of this type does very well at the Mars Theatre, so expect strong attendance for these screenings. Showtimes at 7 p.m. on March 12 through 14 and 19 through 21, with a 3 p.m. matinee on March 15.

On March 6 at the Savannah Cultural Arts Center, CinemaSavannah returns with another another exclusive local engagement of a recently released feature film. This time, it’s “A Vigilante,” the full-length debut from writer-director Sarah Daggar-Nickson.

A dark and emotionally intense picture which most critics adored, but which divided most viewers, it stars Olivia Wilde as an abused woman who devotes her life to the rigorous physical, emotional and mental training required to both lethally fight back against other abusers of women and to survive as a fugitive.

Unusually slow-paced for such subject matter, the film (which according to some creates a delightfully unnerving slow-burn tension, and according to others is simply boring) is dark, violent and provocative in nature. It was nominated for two major awards at esteemed film fests: the Audience Award for Narrative Feature at the American Film Festival and the Gamechanger Award at the South By Southwest Film Festival. 7 p.m. showtime. Don’t forget there is no parking onsite, but plenty on nearby streets and in parking garages, so make sure to factor in time to find a spot and walk to the venue.

On March 10, the Lucas Theatre continues its “Arthouse Series” of notable, recent independent or foreign features, with their own single screening of the Safdie Brothers’ Adam Sandler vehicle “Uncut Gems.” Can’t make the Tybee Post’s shows of this unusual crime psychodrama, or just prefer to see it on a much bigger screen? Showtime is 7 p.m, with discounted admission with SCAD ID.

And last, but not least, the Psychotronic Film Society returns to the Sentient Bean Coffeehouse on March 11 after a short hiatus and restarts their weekly Wednesday night series of overlooked or otherwise marginalized feature films from around the world. That night’s intimate screening will be “American Tiger,” a so-bad-it’s-good 1989 action flick starring 1984 Olympic Gold Medalist Mitch Gaylord in the lead role.

Shot in Miami with an almost entirely Italian crew led by famed Italian exploitation and genre film director Sergio Martino (who’s known for his work on such classic European horror, sleaze and action titles as “The Whip and the Body,” “The Strange Vice of Mrs. Wardh,” “Your Vice is a Locked Room, and Only I Have the Key,” and “All the Colors of the Dark”), this is a far more bizarre movie than one might imagine from its name and marketing. Ostensibly the tale of an American college student who is framed for a murder and works alongside a female stripper to clear his name, it also unexpectedly blends in elements of the supernatural.

In that regard, it plays more like an Italian attempt at creating one of the Shaw Brothers Studios Asian ghost-story-meets-martial-arts flicks. Filled with confusing mysticism, references to Astrology, corny jokes, and copious nudity, this “genres in a blender” flop is a true psychotronic gem.

Oh, did I mention it also features the late, great British character actor Donald Pleasence, in one of his most unhinged and likely drunken performances? Yep. They’ll show the rarely seen uncut European version of the film, in spoken English. 8 p.m. showtime, with discounts on craft beer and organic wine during the movie, and a full, award-winning vegetarian and vegan dinner menu available. 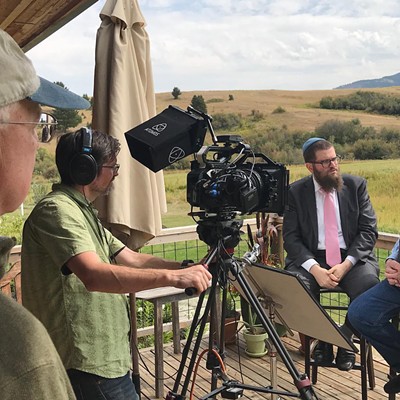