EVERYONE needs a place to call home, but unfortunately, across America, rising prices of new homes and increasing rental rates are making the dream of home affordability an impossible task.

It is encouraging to hear politicians advocating for affordable housing in the recent forums for Savannah council members and mayoral candidates, but it is discouraging that nobody is articulating a vision or plan to solve the problem.

The issue extends far beyond the Savannah City limits, and it is really a situation which plagues all of Chatham County.

If ever there was a need for leadership, it is now.  So, what can be done?

The situation locally has been compounded by the disappearing funds from the US Department of Housing and Urban Development (HUD) which has a program called the Home Investments Partnership Programs (HOME). It was started in 1990 and aided cities and counties in dealing with affordable housing issues.  Since 2010 the funding has been dwindling rapidly, and the assistance often appears on the chopping block.  Local politicians and residents alike should lobby Congress to restore this program to full funding.

We should also continue to be advocates for Community Development Block Grants (CDBG) which provide dollars and flexibility to deal with such issues as housing, infrastructure and human service needs.

While Opportunity Zones sound like a reasonable solution, they create a competition between investors looking to upgrade an area and affordable housing advocates who want low-priced property upon which to build.  The investors are often so effective that it causes rising market rates for housing to occur in those areas.

A more feasible option which is being piloted and backed by the FHA are the Low Income Housing Tax Credits with the blessing from HUD.  There will be a focus on new construction and/or substantial rehabilitation.

Having a qualified non-profit developer with an expertise in building such affordable housing options could help us eradicate the problem in Chatham County. It might also be the catalyst to provide workforce housing to coincide with the growing logistics tech corridor.

While these federally assisted ideas are crucial strategies to help end the problem here, there needs to be a buy-in by the local development community. Scattered sites of affordable housing across the county fueled by tax incentives for accomplishing these goals should be a part of future planning and zoning consideration by all municipalities.

The continuation of building only market rate construction is setting the stage for a huge market crash in the future considering the current model is already flawed based on the data in place. The next census will make that distinction even more clear.

The perception by many that affordable housing leads to lower market valuation is erroneous, and the statistics don’t support this viewpoint. The transition of neighborhoods on the Eastside of Savannah that have invested in Affordable Housing is incredible, and the diversity of the population between SCAD students, full time residents and the occasional VRBO speaks volumes for how an expansion of this organic growth will work.

The thing local governments should not do is go after local developers with a heavy hand. The net result of that kind of action would result in higher rents as developers attempted to navigate the layers of regulation. There should be a streamlined process that is put together as a collaborative.

Fortunately, organizations, such as the National Multifamily Housing Council, have written a publication, The Housing Affordability Toolkit, which helps community leaders understand the process. 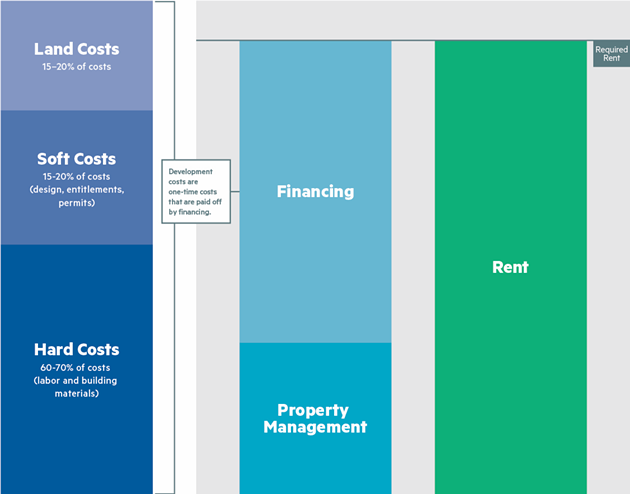 From the NMCH Housing Affordability Toolkit

It includes studies on eight cities across America which include Tampa and Atlanta. Their proximity should help us to see similarities in the issues we face and hopefully provide answers.

I have always felt the greatest handicap that Chatham County and its municipalities have faced over the years was based on a failure to work together to solve the collective problems we all endure.

It is evident that the years of turf-guarding and pushing our problems upon other municipalities has not worked. We don’t live in echo chambers. We are our brother’s keeper.  All of the parties have to come to the table. Once there, it is time to humble ourselves with the commitment to work together.

Secondly, we need to embrace change by opening our minds. To do this we must remove the cloaks society has given us.

All that is left at that point is the examination of truth as it is laid before us so that we can build idea upon idea to reach a working solution together.

Are we willing to sacrifice all we currently are to become something we should be? Only you know that answer.

While we wrestle and argue in the unclean arena of politics, another family will be shutting the door of what used to be their home to live under a bridge, in a car, or who knows where.

Hospitality is for more than the tourists — it’s especially for those who call Savannah home.