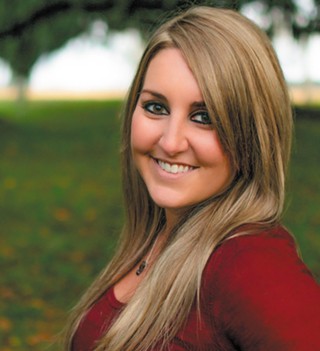 Photo by Kristen Deason Photography
Noelle Wiehe, Connect Savannah Editor-in-chief
I’m sure there is a great, academically sound reason we’re supposed to complete internships while we’re perusing journalism degrees in college. The ones I decided to partake in, though, changed my life. Two years in a row I interned with the Army’s Cadet Command. If you know me, you’ve heard all about this ever since 2011 when I applied to do it; these two years were two of my most valuable journalistic experiences in my 20s. It’s still affecting me in ways I couldn’t have imagined! Aside from still keeping in contact with the fellow interns I was working with - even though we all live all across the U.S. - just recently I encountered two people in this community who were also distantly connected to those experiences – Kasey and Allie. During the internships, I battled mosquito bites while chasing down cadets with my camera for that perfect action shot, I conducted stream crossing events alongside them and learned to get up earlier than I’d ever gotten out of bed to catch shots of them conducing physical training. Upon meeting these two ladies, I instantly had the utmost respect for them. I knew what they had gone through in pursuit of their journalistic dreams, because I had been through the same challenges. I know that sometimes the battles of completing all these requirements all seem uphill, but these daring experiences are worth it in the longest of runs. I know I’ll never forget mine.