RIGHT NOW, the nation’s eyes are on Glynn County and its county seat, Brunswick.

On May 5, a video circulated on the Internet that depicted the death of Ahmaud Arbery, a 25-year-old black man. Arbery was out for a jog when Gregory McMichael and his son, Travis, both white men, followed him in their truck after they suspected him of breaking into a home under construction. The men shot him three times at close range with a shotgun, killing him. 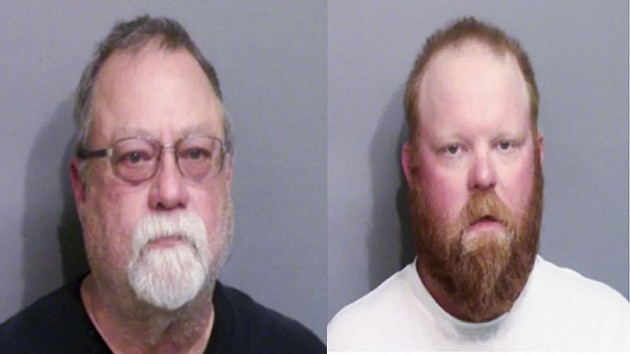 Gregory and Travis McMichael were arrested May 7 for felony murder and aggravated assault.

However, the murder itself happened more than two months before, on Feb. 23. It’s since been discovered that Brunswick Judicial Circuit District Attorney Jackie Johnson blocked the police department from arresting the McMichaels that day, then recused herself from the case because of a particularly pressing conflict of interest: Gregory worked in the DA’s office for twenty years, and as an officer for the Glynn County Police Department prior to that.

Arbery’s case then went to the Waycross Judicial Circuit District Attorney George Barnhill, who recused himself from the case on April 2 at Arbery’s mother’s request. Barnhill’s son works for the Brunswick District Attorney, where Gregory McMichael previously worked.

Barnhill made clear in a letter to Glynn County Police Captain Tom Jump that he thought the McMichaels and William “Roddie” Bryan were acting within the scope of Georgia’s citizen arrest statute and that he wouldn’t have pressed charges against them anyway.

The case then went to the Atlantic Judicial Circuit Tom Durden on April 13, who finally requested the Georgia Bureau of Investigation’s assistance with the case the evening of May 5, hours after the video was released.

Interestingly, the Glynn County Police Department did call the GBI for help on April 29, but for threats made against them and individuals involved in the shooting, not for the shooting itself.

The GBI has since transferred the case to Cobb District Attorney Joyette Holmes, a change occurring May 11.

How did Glynn County get into this position?

It’s impossible to talk about the Ahmaud Arbery case without also talking about the rampant corruption in the Golden Isles, particularly by the Glynn County Police Department. A soap opera could hardly keep up.

She was taking advantage of tumultuous circumstances: just three days prior, Caroline Small was shot to death in her car by two GCPD officers, Cody Sasser and Michael Simpson.

Small, a recently divorced mother of two, was pursued by the officers on a slow-speed chase that never exceeded 35 mph after she was suspected of doing drugs in her car. After the officers blew out her tires, Small moved to drive forward, and the officers shot her eight times in the head and face. Sasser was recorded as saying, “I hit her right in the face.”

When Small was killed, the Brunswick Judicial Circuit was in a state of flux. David Perry was the acting DA and intended on prosecuting the officers. When Johnson was appointed to the position by then-Governor Sonny Perdue in August, her first act was to fire Perry and take over the Small case herself.

Sasser and Simpson were not punished and allowed to stay on the force.

In May 2018, promoted to Lieutenant two years before, Sasser was charged with battery and trespassing for forcing himself into his estranged wife’s home. When GCPD officers tried to take him into custody, Sasser led them on a nine-hour standoff that culminated in Sasser injuring two officers.

He was arrested for the assault, but a judge gave him bond, despite his violation of his bond in the domestic violence arrest. One of the officers that Sasser injured was not permitted to testify at his bond hearing—a decision made by DA Jackie Johnson. The officer, investigator Joseph Hyer, would have opposed the prosecution’s plan to let Sasser avoid jail.

A month later, on June 28, Sasser shot and killed his estranged wife and her male friend, and then himself.

Sasser’s attorney was Alan David Tucker, whose name you may recognize as the Brunswick lawyer who leaked the video of the McMichaels gunning down Arbery.

Tucker released the video, which is certainly the reason this case is seeing any action, to dispel the “speculation...and outright lies” surrounding the event.

But wait, there’s more. Back in 2016, Brunswick public defender Kevin Gough was fired after going on record claiming that DA Johnson was holding cases hostage.

In the first quarter of the year, Johnson had only filed 71 cases with his office, as opposed to 261 cases in the same period of 2015. Gough, who was up for reappointment, claimed that Johnson was attempting to wait him out of office, then flooding the new public defender with cases. Johnson denied the claims through a statement, and Gough was let go.

In response, he threatened a hunger strike until the demands of the Brunswick NAACP—a list of steps that would help achieve prosecutorial injustice for indigent defendants—were met.

It’s not clear how the hunger strike ended, but Gough is now representing William “Roddie” Bryan, who took the video of Ahmaud Arbery being shot.

Still with me? In 2019, the Glynn-Brunswick Narcotics Enforcement Team was disbanded after an investigation found GCPD officer James Cassada was having sex and doing meth and cocaine with an informant to the task force.

We haven’t even talked about the mysterious death of Glynn County Commissioner Tom Sublett in 2011, whose body was found floating in the river with his hands zip-tied in front of him and a bullet wound in his head, but whose death was ruled a suicide.

We also haven’t talked about Judge Amanda Williams, the chief judge of the Superior Court of the Brunswick Judicial Circuit who stepped down in December 2011 after a flurry of misconduct accusations.

We also haven’t talked about the lack of justice for the case of Taylor Williams, who was stabbed to death in 2015 by a man who only got slapped with a charge for tampering with evidence.

And these are just the cases that have been reported. Imagine all the other cases that aren’t reported, whose families don’t see justice, of which videos don’t make it all the way to Shaun King for a call-out and eventual action.

It’s exceedingly clear that the GCPD and DA Jackie Johnson seek to protect each other at all costs. Arbery’s case simply exposed, on a national level, the corruption of this neck of the woods.

This case has the potential to change the way things work in Glynn County and in Georgia itself.

At the beginning of this year, Rep. Don Hogan introduced legislation, HB 866, which seeks to do away with the county police department and return function to the sheriff’s office.

The bill was created after the narcotics task force scandal and could end up becoming a reality after Georgia’s Attorney General Chris Carr requested the Department of Justice’s investigation into the GCPD’s investigation.

(Think about that: the feds have been called to investigate the investigation itself.)

Also, Gov. Brian Kemp has said he’s open to the creation of hate crime legislation in Georgia. The state is just one of four without any such legislation, though the McMichaels could catch that charge federally.

As the GBI’s investigation progresses, be prepared for more shady dealings to see the light.

Reader: Line between vigilance and vigilantism crossed in Arbery case