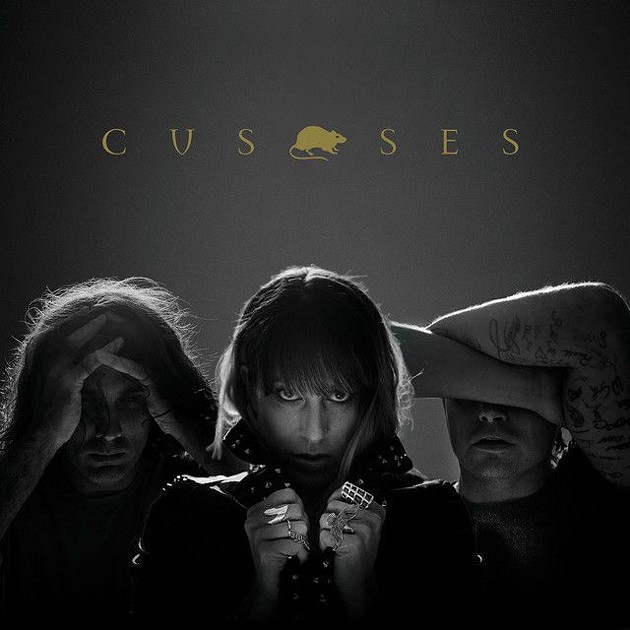 Released exactly two years ago, the former Savannah band Cusses released their excellent sophomore album Golden Rat. It was a long time coming for the locals-turned Nashvillians, who went through a hiatus and several personal challenges before reuniting to record and release what remains their latest album.

Golden Rat is an all killer no filler kind of album in the best possible sense of the phrase. I know this is a cliche phrase that’s thrown around a lot about; in some cases, it’s not necessarily true for the album in question. In this case, it couldn’t be a more perfect description.

The unforgiving, hard-hitting “Pops Racer” opens the record with a clear statement of what this band was in 2018 and still is today. It’s a heavy riff-driven song that’s rather challenging, especially in comparison to the few songs that come after it. Singer Angel Bond is at her absolute best on this record, but “Racer” is proof that she’s pretty unmatched from a melodic standpoint.

“Critical” might be my personal favorite on the record, with it’s gigantic-sounding guitars enhanced by a thrashy, roomy drum kit. It rides the line of going into heavy shoegaze territory, but remains in the hard rock and alternative realm especially during the chorus. Arrangement-wise, it’s a beautifully-crafted song that could have worked well on rock radio in the 90s but has as much potential to usher in a new era of rock and roll today.

“Visitor” is another song that follows in this vein, but it’s a bit heavier and edgier, and it works really well as a mid-album recharge. The tite track, “Golden Rat,” comes in right after this one and delivers a bit of a call and response arrangement that sounds like a hard rock take on blues. It wouldn’t be out of place by some of the greats from the late 80s Sunset Strip scene, but it’s not pretentious like some of those bands can seem in today’s musical landscape.

The great thing about Cusses is that they seem to go to great lengths to evolve their sound and push themselves further. They’ve always seemed to do that, but it hasn’t been more evident than on this record. Whatever happens next with the trio, they can at least say they’ve accomplished serious musical and sonic growth.

This is an album that isn’t afraid to explore mid-tempo rock songs, rather than pack the album with fast-paced guitar riffs. That isn’t to say that there isn’t plenty of that aside from the opening song; in fact, the closing song “Teenage Monster” expertly bookends the album with the same energy as the opener. It makes this a really great listen front to back, but one that can also work song-by-song. That’s a hard thing to accomplish when making a record. But as I said—all killer, no filler.