For more on Isaac, visit isaacsmithmusic.com 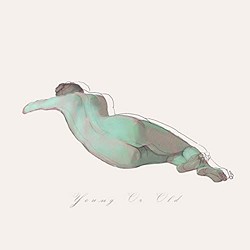 It’s perhaps more challenging to stand out as a solo artist than it is to stand out as a band. When you’re a singer/songwriter, it’s a lot easier to be pigeonholed and put in a box in terms of the way people perceive you musically. As a band, with many personalities present and more flexibility with how you market yourself, you can create a persona and a perception around the name and the style.

With solo artists, your name is the band name. There are assumptions made too often about what a singer/songwriter does and what they offer. Of course, there are great singer/songwriters who shatter these assumptions and offer music that is beyond the scope of what people expect in that wheelhouse. Most of that comes down to great storytelling and an ear for production and the pushing of sonic boundaries.

Isaac Smith has both of those things in spades. The local artist’s 2017 album, Young Or Old, succeeds in feeling like a band record rather than an album that focuses around one guy and what that one guy is doing. There’s a solo-Springsteen vibe present in regard to the edginess of the guitars and the dips towards anthemic stadium-oriented rock refrains, but it’s also all kept nicely in check and doesn’t get too bombastic.

A great example of this is the excellent “To Call You Mine,” which is just spacious enough to have been overproduced if he let it, but he doesn’t go there. Instead, the delay-soaked lead guitar plays it cool in all the right moments and the drums provide a slightly off-kilter rhythm that makes this a really unique song. Lyrically, Smith is at times abstract and at times direct like all the best lyricists should be. It’s a definite standout song that knows it’s place, which is important on a record.

“Call It Quits” is a song that could work incredibly well on modern rock radio but also in the Americana landscape, as it seems to ride the line between both worlds really well. Smith has a slight southern drawl in his voice, which works very well on a song like this. There’s also some really brilliant space here in the second verse, when moments of nothing but drums and bass provide a really impactful platform for layering guitars and keys when the chorus hits.

“Say Goodnight” is a surprise, but a great one. It’s really soulful—horns, Wurlitzer, and all—and it does that really well. The melody is unbelievably well crafted and it’s clear that Smith isn’t trying to recreate something but rather put his own stamp on a style that he genuinely loves. This is a testament to how good he is as a songwriter. And man, that falsetto is something else.

Overall, I’d recommend this record to anyone who might feel a little tired of the at times overcrowded world of singer/songwriters. This is a welcome refresher and a sonically pleasing outing from a truly great artist.