WHILE SAVANNAH continues to become a burgeoning destination for larger touring acts and a popular club stop for smaller bands thanks to venues like El Rocko Lounge and The Jinx, one question continually looms large for those under 21 – why is there so little all-ages live music in the city?

Downtown Savannah, in particular, offers very little to under 21 college students and young people looking to experience the local music scene or catch a cool rock show when it comes to town. Most of the problem, of course, has to do with a venue’s bottom line.

If people don’t come to drink, there’s no money to be made. There’s also the liability attached to allowing underage concert goers in venues that serve alcohol. 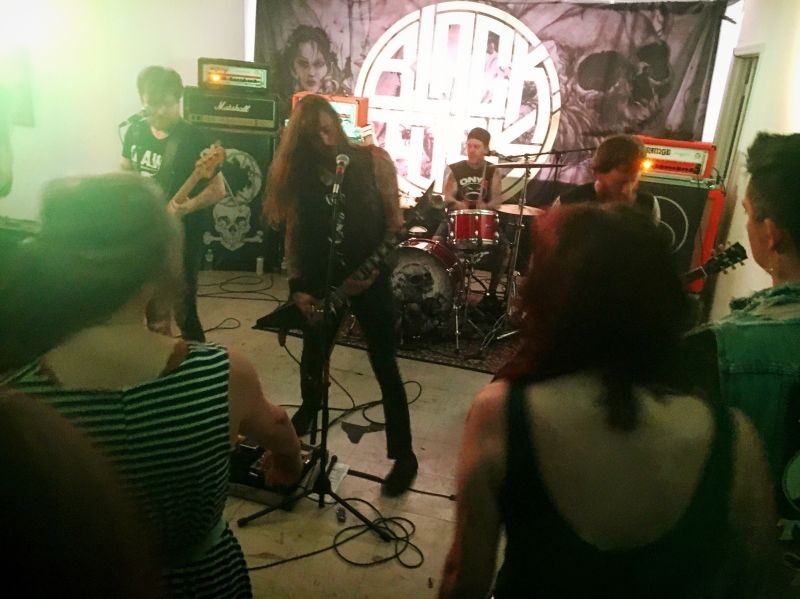 In a discussion such as this, the thought comes to mind about how Savannah can contribute to fostering the creativity of young people who want to be part of a community while taking into account the importance of profitable events for venues.

Are certain spaces being underutilized? Should Savannah’s traditional music venues offer the occasional all-ages show to cater to the 18-20-year-old live music audience?

Why haven’t Savannah venues done what so many other places in other cities do to prevent underage drinking? It seems like a simple stamp on the hand or a wrist band could go a long way, as it does for venues across the country, in closing the gap between live music and younger music fans. And yet, the void remains.

It’s not like Savannah as a city hasn’t made strides to allow bars and venues the chance to cater to under 21 concert goers – recent changes to the alcohol ordinance allow venues to apply for a license that will let people under the age of 21 in when there’s live music happening.

The problem with the ordinance is that venues, of course, have the choice to apply for the license, and they need to provide a plan of action for preventing underage alcohol consumption.

So if a club decides they don’t need or want to bring in a younger crowd, they don’t have to. The reality is that for some venues, there’s not much incentive for catering to music fans under 21.

With traditional clubs and concert venues mostly set on their business model, the focus shifts to other avenues of capitalizing on younger audiences’ desire to see live bands. Luckily, there are a few spaces in the area offering their often multi-purpose facilities as concert destinations for people of all ages.

Foxy Loxy Café is known for regular courtyard shows that invite younger audiences, and other coffee shops like the Sentient Bean offer open mic nights and music events for the under 21 demographic.

Another venue doing unique all-ages rock shows is Sulfur Studios, an art studio that has been staging semi-regular concerts since they began.

“When I was younger, the rules were different. We were able to go to bars if there was live music. That was just kind of the norm, and there was a really robust local music scene,” Emily Earl, Director of PR and Special Events for Sulfur, says of what prompted her to start doing shows.

Earl adds that the opportunity for her to be part of the scene as a young person was a “really big deal” and informed her creatively.

The concept of alternative venues that welcome all-ages audiences is nothing new, and certain cities are known for housing those kinds of guerilla concert venues. The early ‘80s straight edge hardcore punk scene in Washington, D.C. comes to mind.

“Being the punk kid that got turned down from going to a lot of shows, I see it as a monetary problem,” says Danielle Howle, a 30-year veteran of the music industry whose credits include albums on Sub Pop Records and tours with Fugazi and Elliott Smith.

The Charleston-based singer, who’s playing an all-ages show at the Tybee Post Theatre on October 20, feels that venues sometimes look at younger music fans as merely taking up space reserved for people who are both legally and financially able to purchase alcohol and food.

“Is it kind of a form of financial discrimination? I would like to raise that question,” Howle ponders. She adds that many young people want nothing more than to experience live music and the culture of the city.

“I loved being able to get into shows when I was underage, so I just wouldn’t risk drinking at the venues,” she says. “It was important for me that I got to go see Henry Rollins play solo.” 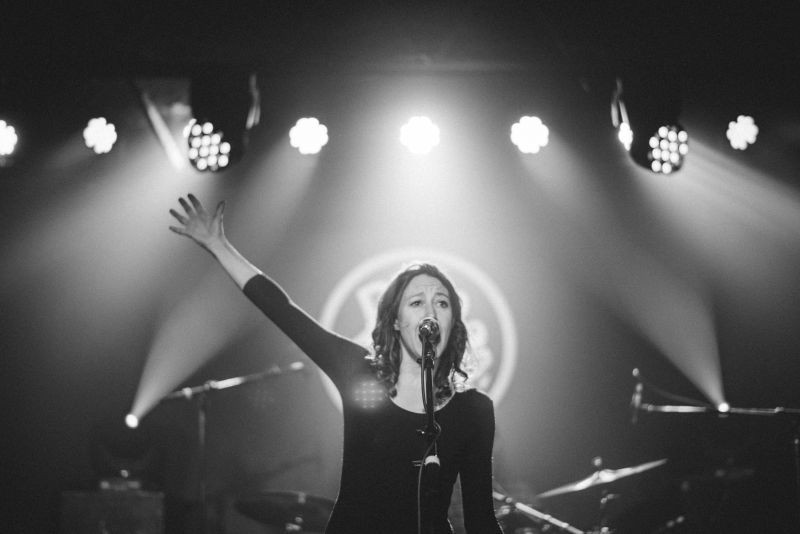 Howle’s point about the financial barriers that prevent young people from experiencing live music is something that alternative venues in Savannah are trying to take into consideration. For Earl and her team at Sulfur, it’s a major factor.

“That’s one of the most challenging things about doing all-ages shows. If you want a good show you want to have some local acts and some out-of-town acts. For the touring acts, it costs money for them to get here. They need a place to stay and gas money,” she says.

“You’re always trying to find this perfect balance where the show is cheap enough for people to be able to come and not feel excluded based on price. But you also want to make enough money so bands can keep doing what they’re doing and we can keep the lights on.”

The Tybee Post Theatre is another example of an area venue that offers all-ages shows, though the barrier for them in terms of a younger college-aged audience is often transportation.

“The whole goal is to attract as wide an audience as possible, and we’ve been pretty successful at that,” Melissa Turner, Executive Director for the venue, says. “I think that in Savannah, there’s not a venue that I’m aware of that is strictly focused on music. The emphasis is on the bar, and sometimes it seems like the music is secondary. I think it’s a shame.”

Turner feels that the lack of original music in traditional venues might be best solved by increasing the amount of events like the Trinity Church Music Series and thinking outside of the box in regard to what can be considered a music venue.

“I think it’s a real problem. I think we need as many venues as we can get,” she says. “The traditional venues have their business model and it’s working for them. There’s not an incentive for them to change. I think we need to develop new kinds of venues that cater to this 18, 19, 20-year-old crowd – of which there’s a large population in Savannah with nowhere to go to hear live music.”

The consensus in regard to solving the problem of all-ages events in Savannah is that it comes down to a need for more alternative spaces. Madison Smith, Events Manager for Ships Of The Sea Maritime Museum, says that her venue has begun to put an emphasis on live music as part of an attempt to diversify their offerings.

Smith credits Ships of the Sea’s increasing emphasis on concerts to Tony Pizzo, their outgoing director who’s set to retire after two decades.

“Later in his years, he let the ball roll and let the events department kind of create itself. But he started it,” she explains. Smith says she’s constantly looking for new ways to use the venue, and that Ships is looking at diversity as a priority when planning events.

“I remember being 18 and wanting to go to shows and not being able to get in,” she adds.

“There is a magical day when you turn 21 and you get to see a lot more music. But it doesn’t mean that there aren’t supposed to be places where young people can go see music. That’s part of just nurturing a music scene in general, and Savannah hasn’t been the most front forward in nurturing a music scene. I think that’s something that we’re seeing change right now. It’s kind of a new renaissance in Savannah, and we’re really pumped to be part of it.”

As for ways to get more all-ages concerts happening, there’s mutual agreement that the change needs to happen from within.

Turner says the SCAD-owned theaters would be perfect places to contribute to the growth of the local music scene.

“SCAD has two really incredible venues that could be all about programming for students,” Turner says. “They own the Lucas Theatre, they own the Trustees Theater, and they’re woefully underused. Maybe it should be SCAD that is developing programming for kids instead of the venue being dark.”

Howle, who says there is a similar lack of all-ages offerings in Charleston, adds that it all comes down to the need for a community effort in terms of developing a more age-inclusive music scene.

“Our cities are growing exponentially, so it’s a question of how we preserve the culture of people who like to perform and make live music,” she says.

“It may be that there are more young people out there who want to do this and just don’t have the outlet for it, or don’t know how to create the outlet.”

“It’s a group effort,” Smith adds. “It’s not going to be just one place that makes everything work. It’s going to be the town as a whole really putting a more in-tune touch on it.”