IF YOU'RE new to Savannah, or are simply a tourist, you get a pass for not knowing what our night life consists of.

If you’ve been here for a minute, and still don’t understand that this town has been driven by history and alcohol, you probably wouldn’t notice if the ground shifted underneath your feet.

Recently we have seen a resurgence of people understanding the value of intention, most noticeably in the food industry, which sparked my interest in seeing how the local bars would react to the change.

And to be honest, I haven’t seen much change on that front. Photo by Melissa DeLynn
Scott Marshall, at right, is one of the partners behind Alley Cat Lounge, in West Broughton Lane between Barnard and Jefferson.

A few places have popped up here and there that have brought a new interpretation of what Savannah’s flavor is or could be, but as for the totality of the industry, most spaces have remained stagnant; doing what has always made them money.

And I mean, why would they change? Why would they do anything different, if these spaces have been “successful” serving cheap beer and a high cost, and dumping pre-packaged food from the bag into the fryer, throwing it on a plate and calling it food?

I would say those spaces do not have the capacity to see past the right-now, and are setting themselves up for failure in the near future. No industry remains stagnant forever, and if things have been working moderately well for a certain amount of years, you have to expect there to be a wave of positive influence that will end up molding it for the long run.

Everything evolves, and if you aren’t open to making those changes to keep up with the times, you will be left behind. Specifically, the bar scene here in Savannah I believe is about to see a major shift.

Dive bars will always have a place in this industry, and River Street will probably always sort of carry the same vibration. However, movers and shakers are seeing a little further into the future. The new look of Savannah tourism will be influenced by art and our food and beverage industry.

So while watching the bar scene react to the developing food scene, I caught wind that an old co-worker of mine, Scott Marshall from 22 Square, was putting together plans with his business partner Pila Sunderland, for a new bar downtown.

He invited me to see the space, and talk to them about their shared vision, their perspective of the shifts happening in Savannah, and how Alley Cat Lounge fits into the equation. An idea born about three years ago, they spoke about opening a bar, and Pila end up buying the space around that time.

“We wanted to leave the space with its essence, and we started designing the space around what we had, and started focusing on what we could do in the space,” Pila says. “It’s pretty easy to spot the places who are not doing what they love, so we wanted to make sure what we brought to the table, was something we had a passion for.” Located in a lane behind the Ordinary Pub, it gives you the feeling of a secret spot that most tourists wouldn’t know about. The decor is sleek and classy without being pretentious, and the service is down to earth. Creatively displaying their menu on a newspaper, give each person some entertainment factor, as you flip through its contents separated by types of drinks.

“We looked at the town, and noticed that aside from the bars inside of nice hotels and restaurants, there was a lack of nice bars. We wanted to be a nice bar, that was just that; a nice bar,” Scott explains. “We strive to gain the respect and appreciation from those in the service industry, because we feel like if they love us, then everyone else will follow.”

In addition to having a drink to satisfy pretty much every one of your desires, they made sure they have a small menu filled with bites for you to enjoy as you hung out with them for the night.

“Most restaurants and bars want to turnover as many people as possible, so we believe in being a spot people can come to hang out for their evening, instead of just dropping by for a drink and bar hopping to the next spot,” Pila explains.

“We got Chef Nick from the Collins Quarter, who is extremely talented, knowledgeable, and creative. We will have flavorful seasonal bites that are filled with intention, that will help you stick around,” Scott says.

“We can see that Savannah is changing, and the service industry is changing with it. People are willing to travel to Savannah, just like they travel to Charleston and Atlanta, so it is up to us to live up to our expectations,” says Pila.

I couldn’t agree more with these gentlemen who are creating a place that continues to add to our melting pot of new culture. Spaces filled with people who understand the value of intention, and aren’t afraid to try new things, and be themselves. 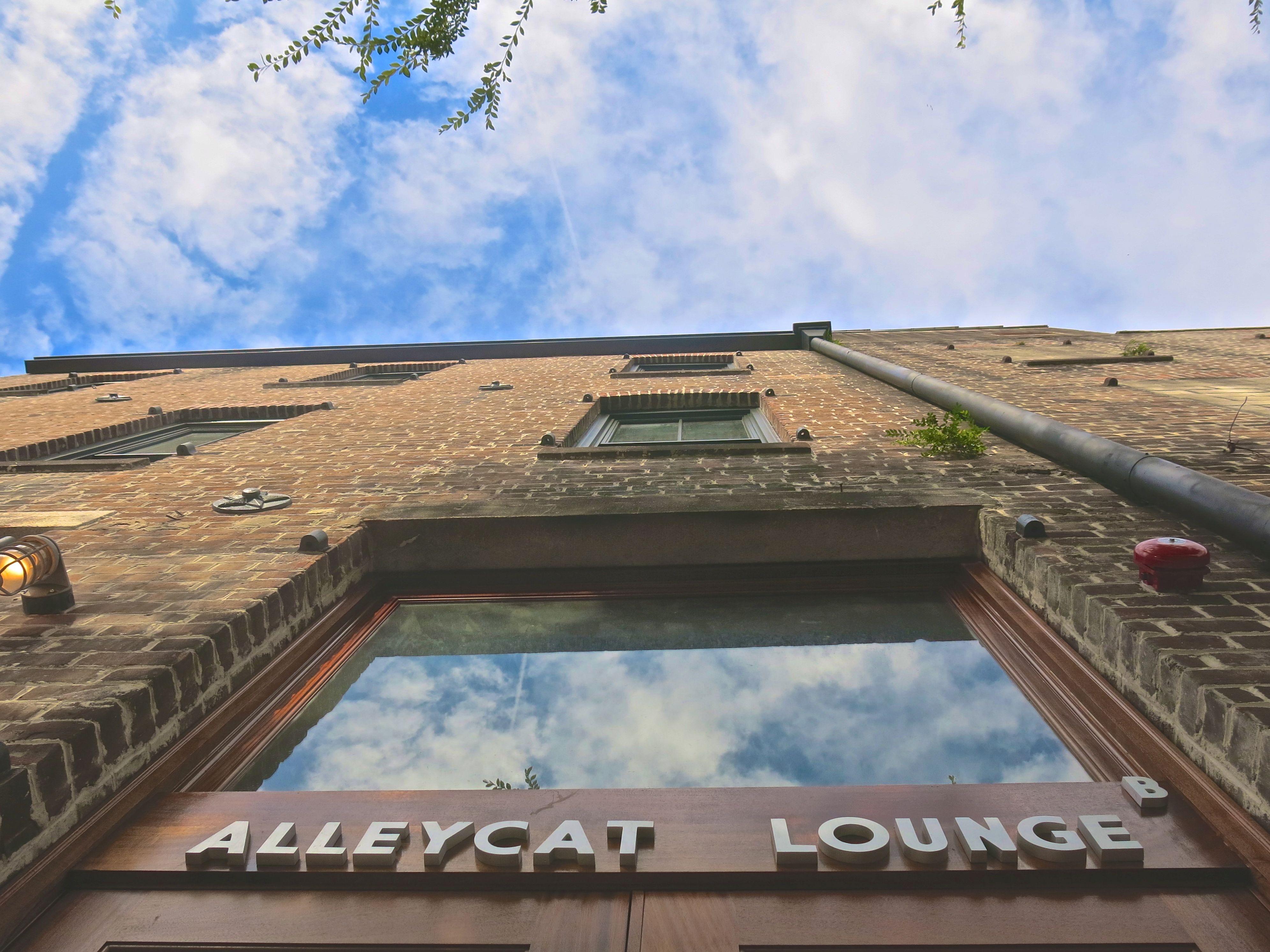 Doing the little things right along the way, combined with thoughtfulness will keep locals and tourist talking about you. Im excited to see the bar scene stepping up and making sure that we hold all small businesses accountable for evolving or moving out of the way.

Check out Alley Cat Lounge located in West Broughton Lane in between Barnard and Jefferson for an experience that will not be soon forgotten. Let’s keep stirring that pot, people.