IT's BECOME commonplace to see two seemingly disparate things handed out together at road race finish lines: Medals and cups of beer.

The science behind rehydrating with beer may be mixed, but a Venn diagram showing individuals who participate in athletic endeavors has a sizable wedge that overlaps with those who enjoy knocking back a few cold ones.

Typically, the free finish line beer has “light” or “ultra” appended to the brewery name. These are thin mouthfeel, low-calorie beverages that simulate only a small part of the experience of drinking a traditional German lager. The team at Craft Brew Races saw an opportunity to do something more ambitious. They developed a race series that doesn’t provide a gratis cup of yellow fizzy water at the finish line, but instead has a full craft beer festival awaiting the worthy finishers.

The combination 5K and craft beer festival makes its Savannah debut on Sunday, March 15 and will be held at the Savannah International Trade and Convention Center. The race starts at noon and the festival commences immediately thereafter and lasts until 4 PM. It’s a “21 and over” only event. Tickets can be purchased for the run and festival, just the festival, or as a designated driver at http://craftbrewraces.com/savannah.

There will be a strong local influence, with at least fourteen of the 30+ breweries in attendance based in Georgia. The race features individual and team awards as well as a costume contest. 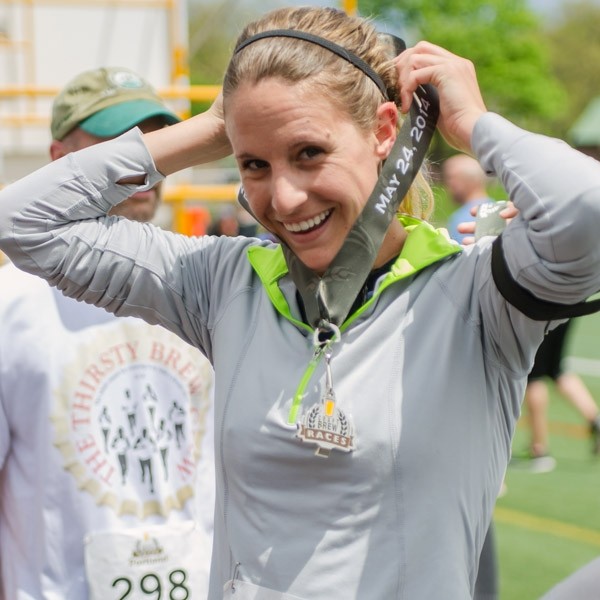 Founder Matt Gray of Gray Matter Marketing sat in on Episode 56 of the Brew / Drink / Run podcast to talk about Craft Brew Races. Here are some highlights from the conversation:

Brew / Drink / Run: Whose idea was it to put running and the beer festival concept together?

Matt Gray: "We saw opportunities in road races and beer festivals, and after a year of putting on both, we saw a great crossover in people attending both events. Beer and running go hand in hand."

How do you decide which breweries will be at the festival?

MG: "We've had the opportunity to reach out through social media to a lot of folks. We pretty much target every brewery in the geographic area where our event is being held. We reached out to all the Savannah-based breweries first. We've had a great response.

We buy all the beer from the craft breweries. Whether you’re a small brewery like Second Self or a big nationwide brewery like Sam Adams. We purchase the beer because we want to show our respect to the brewers for the craft that they’re creating for us. The race and festival generate enough money for us to sit back and go “we did a great thing here;” but it really is important for us to give back to the brewers and make sure they feel not just welcome, but that we’re celebrating what they do and what they’ve brought to the local economy. As a small business, it’s important for us to share in that.

We also partner with the Georgia Craft Brewers Guild... In places like Savannah and even Charleston, giving back is hopefully going to mean big things in the future as the emphasis on local breweries becomes more important to the state’s economy.”

How did Savannah come on your radar?

MG: "Savannah is obviously a beautiful destination. That's a great reason to come there. We know the running community is very strong and the Rock and Roll Marathon has been very popular. But personally, I have relatives through my wife who live down there and it's a tremendous excuse to come down and visit them. It worked out when we reached out to the Savannah Sports Council and travel and tourism bureau and were welcomed with the concept from the outset, which was a huge thing for us. We're very, very happy with the positive response we've had."

The Savannah race is happening on the Sunday before St. Patrick's Day. Did that influence your choice of dates at all?

MG: "Actually, it did not. We have a variety of other races and festivals that we produce and it just happened to be that weekend was a target weekend where the convention center was open. As an Irish-American, I'm very excited to be down there. Strangely enough, it was more coincidental than you might think."

Coincidence or not, expect a strong turnout for Craft Brew Races’ first-ever Savannah event on March 15. Between the local beer and running communities and the influx of tourists for the holiday week, this promises to be a very well-attended festival, and hopefully one that will return in 2016.

Start your mugs for the Savannah Craft Brew Race Series

Time for the Craft Brew Races!