BUNNY IN THE CITY

Participating are TV personalities, bankers, a nurase and a police officer along with close to 400 supporters who are gracing my presence when I arrive with tonight’s title sponsor, Kev Jackson of Pintail Site Prep. A fan of this big guy since his high school days, I was lucky enough to interview Kev at one of his site prep locations in Port Wentworth this week.

Looking even younger than his 31 years, Kev follows his dad, Kevin Jackson’s footsteps when it comes to community support. “AMBUCS changes lives by helping citizens conquer their mobility problems and serves as a reminder to look beyond ourselves. There is something to be said for helping others - it makes you feel good knowing you made a difference,” shares the longtime AMBUCS supporter.

After a pic of him with his lovely wife Kate, I head over to see one of Savannah’s most loquacious dudes. Mitchell “Mouse” Minick is known for his avid love of sports, food pics of each meal and a liberal use of pepper on everything he eats. What I love about him is daily love of life - he is always happy, talking and giving his loved ones grief!

While snapping a pic of him with Christine Blakey, I see another beloved local, Dale Parker arrive with her friends Cindy Robinett and Ashley Whelan. I have waited years for Dale to actually want her photo taken and it makes my heart happy to see her gathering her friends together for a bestie group pic.

Next is a flurry of photos of arriving guests like Georgia Ports’ Lee Beckmann and his wife Danira, tonight’s emcee, WJCL’s Frank Sulkowski and the magnificent Jerri Meyers and his wife, Elizabeth. My Jefferson County homegirl is anti-aging, has whopped cancer’s butt twice and been busy taking care of her family back at home.

So proud to see the “still in love” couple out on the town, I give them a long hug before cruising over to introduce State Farm’s Vernon Donovan to AMBUCS Vice President Mike McCann. Both men are known for their local activism, so I leave the guys talking about Mike’s relentless quest to make the AMBUCS Challenger Baseball League a reality.

Next up is “Miss Personality” herself Kenzie Hancock! The 27 year old arrives with her mom and dad Karen and Ladson then requests a group pic with Spencer and Jamie Lindley, an AMBUCS board member. Also serving as AMBUCS membership chair, Jamie tells me, “If you see a child receive a tryke and experience riding for the first time you will understand why supporting AMBUCS is so important to me.”

Waving me over for a pic with her son Liam is AMBUCS secretary Kim Watson tells me about the surprise delivery of a custom built Amtryke for a student at Pooler Karate’s Special Kicks this week. Little does she know, Kim would win the New AMBUCS of the Year for helping organize future events, structure internal policies and for generally making everything easier in the AMBUCS world later tonight.

Other awards were given to Mike McCann for the Project of the Year for working with Chatham County Parks and Recreation to oversee and develop the $1.6 million remodel of the AMBUCS Stadium located on Sallie Mood Drive. Done with the goal of hosting the Challenger Baseball League, a division of baseball for differently-abled kids - Mike worked for two and half years to see this dream come true.

The next award is a surprise for the man himself. Kevin Sheehan is called to the stage and Mike presents him with the AMBUCS Lifetime Achievement Award that recognizes his past, present and future role in bringing AMBUCS to our community. “Since 1988 there have been over 700 Amtrykes given to children and adults that can’t ride regular bikes. Custom built for each rider, these specially adapted three wheeled trikes change lives by giving mobility, freedom and confidence to people with different abilities,” shares the 34 year champion of our differently enabled.

God could not have chosen a more perfect angel to be an ambassador for AMBUCS. We love you Kevin Sheehan! 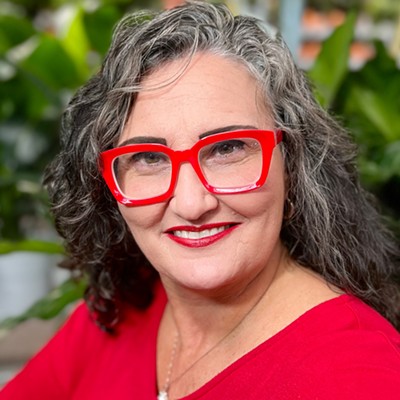 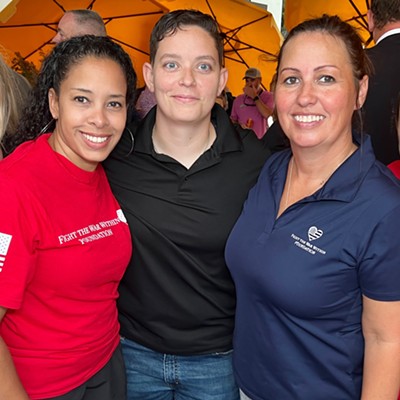 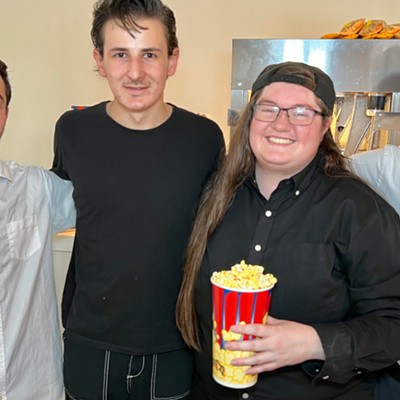 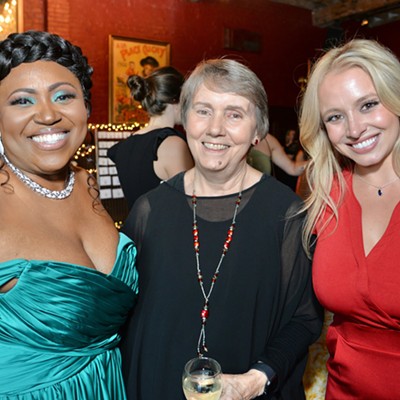