DURING my terms on the City of Savannah Cultural Affairs Commission, I learned some valuable lessons.

That all-volunteer board, which works and votes to prioritize the awarding of Savannah’s nearly million-dollar arts and cultural budget, is one of the few actual working boards in the City.

The things you do on the Cultural Affairs Commission have real, measurable positive impact on the community, and I strongly recommend it to anyone interested in playing a key civic role here that doesn’t involve running for office.

While my experience on the Commission was 99.99 percent positive, I did learn first-hand, however, the importance of not just casting a vote, but owning your vote.

Whether you’re voting on an arts budget or for president, there is a great temptation to jump on a bandwagon.

Few of us really want to be that one “No” vote against something that is inevitable.

But the tradeoff is, once you make that get-along-to-go-along vote in the interest of seeking consensus, you forfeit the right to claim you opposed the measure.

And whatever debate you might have had goes down the memory hole, as all anyone remembers is the final vote count, and that you supported whatever happened afterward, for better or worse.

For example, at the presidential level, we now see Bernie Sanders supporters—who by definition wanted a major change from the status quo—eagerly supporting Hillary Clinton, who is by definition perhaps the single most establishment, status quo politician in the United States.

So do you think Clinton will see her election as a mandate to incorporate some of Sanders’s policies in her agenda?

Or will she view the support of Sanders supporters as proof that she doesn’t have to do much, if anything, to appease them?

If we’re honest, most of us know the correct answer is the latter.

That’s the status quo in action, that’s how it works. No one is immune.

As those of you who early-voted already have seen, there are other things on the ballot this year as well. There are four proposed amendments to the Georgia Constitution. (Jessica Leigh Lebos goes over this in greater detail in this issue.)

The most controversial is Amendment One, the proposal to allow a new office answering to the governor to take control over public schools which are deemed to be “failing” by certain metrics.

Almost every reasonable person I know opposes this amendment, though perhaps for various reasons.

Personally, I view with skepticism any attempt by this particular governor to subsume yet more power to his personal appointees.

In his years in office, Nathan Deal has repeatedly shown a tendency to replace one form of cronyism with his own cronies, and sell it as “reform.”

Amendment One seems to follow this timeworn but effective tactic.

Every educator I know opposes Amendment One because it will take away local control of public schools.

I respectfully suggest, however, that one reason many people will likely vote for Amendment One is precisely because it will take away local control of public schools.

And that’s the rub. An essentially bad-faith negotiator like Governor Deal is able to credibly sell himself as a change agent for public education precisely because the people inside the public education status quo always seem to oppose any change that has the potential to improve our schools.

This has the tendency to bury all productive debate over how to actually, you know.... improve our schools.

And it also has the tendency to make someone like Governor Deal appear to be the good guy riding in to save the day. Because no one else seems to want to do it.

Despite the propaganda against charter schools here, mostly from the school district itself, public charter schools — as opposed to privately-run ones—have proven to be an effective model for increasing education outcomes across racial and socioeconomic lines.

Which is supposedly the goal we are all working for, right? Or so I’m constantly assured.

You won’t be surprised to learn that Deal’s idea of charter schools seems to favor the private sector. Given his track record, it’s hard to argue with those who distrust Gov. Deal and consider his attempts at reform as little more than a Trojan Horse for privatizing schools.

Also on the ballot this year is the local vote to extend the Education-Special Purpose Local Option Sales Tax, or ESPLOST.

As I’ve written before, Chatham County’s reliance and emphasis on ESPLOST is at the very core of the local public school bureaucracy’s obsession with keeping the status quo intact.

The local school district is absolutely awash in money due to this extra tax we regularly impose on ourselves.

But none of that money can go to recruit or pay teachers, or to decrease class size—again, supposedly the very things we’re always told are most needed to increase education outcomes.

Simply put, voters in Chatham County have been told for so long that ESPLOST is “for the children” that they would rather vote for the tax than ask why all that money never seems to improve outcomes here in a serious manner.

Editor's Note: Superintendent pay is just the tip of the iceberg

Editor's Note: The risky bet of a casino

Opting out of the GMAS: Check all that apply 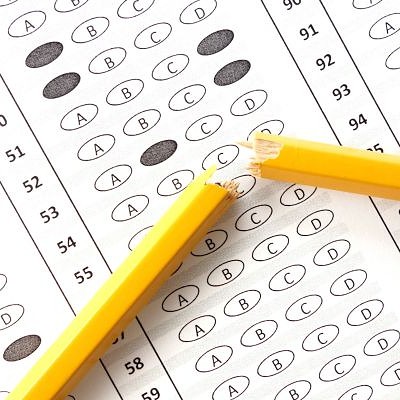