Drive-By Truckers are as quintessential a Southern band as any of the pioneers of Southern rock and Americana.

Led by songwriters and co-founders Patterson Hood and Mike Cooley, the Athens-based band has enjoyed immense success since their debut album in 1998. The release of their third studio effort, 2001’s Southern Rock Opera, cemented their continued status as a band focused on making bold, thought-provoking statements on the world around them through art.

2016’s American Band was a step further in that regard. The album was a direct, no-punches-pulled statement on the state of American politics, racial injustice, gun violence, and more. It received stellar reviews from critics, who praised the songcraft and the brutally honest lyrical approach.

The band, currently at work on a new album, stops in Savannah on Mon., Sep. 23 for a show at Victory North featuring an opening set from Jimbo Mathus. Ahead of the show, we caught up with Hood via email for a Q&A about songwriting, the band’s catalog, and what keeps him looking ahead. 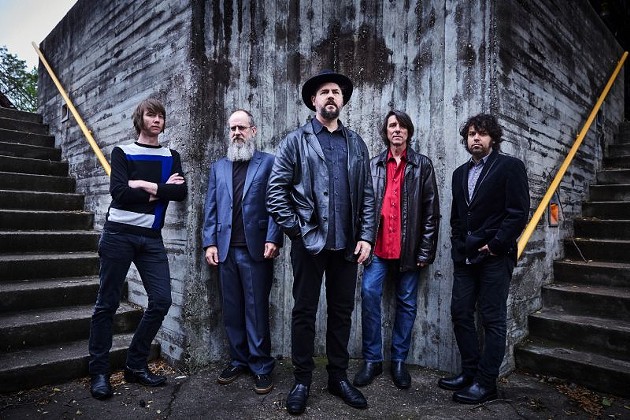 You’ve had some other great projects aside from DBT. When it comes to songs, how do you typically know what works for each project?

Hood: I tend to write for specific projects (although there are certainly exceptions). It’s really all boiling down to flooding the sound in my head. I have a pretty good idea of what DBT will sound like (although they can certainly surprise me and when they do its always for the better, by far).

If I’m writing a solo record, I try to find the right people to flesh that out. It’s been a long time since I’ve done a solo record. I have a large amount of one written that I hope to get around to recording one of these years.

American Band really made a significant statement, especially as a politically progressive record from a definitive Southern band. Why was it important to create something like that at that particular (and particularly dark) moment in American history and make your voice heard in that way?

Hood: I look at my kids and want them to always know that I was all least engaged with trying in my own way to do whatever small thing I could pull off to try to help. I've always been politically active in my life and my art. These dark times called for a more active engagement than ever before.

Having multiple songwriters in the band, is there typically a conversation between you and Mike in the early stages of record-making about an overarching theme or production concept, to make sure you're both on the same page in terms of the direction of the record? Or do you tend to keep that part separate?

Hood: Only when we did Southern Rock Opera. Ever since then, it's just been a cosmic thing that connects those songs. It's a pretty amazing part of our relationship that the records continue to be so connected between our songs. Especially given that we are such radically different personalities and writers. I think that is one of the core strengths of this band and it continues to happen.

On American Band, when I wrote “What It Means,” I had no idea if it would actually be a DBT song or some side project. Then when I played it for Cooley, he played me “Ramon Casiano” and we both knew where the next album was headed. The same is true for the upcoming next album also.

Is there a song on the latest record that you’re particularly proud of, and why?

Hood: We’re already playing most of the new songs (usually 2-3 a night as a sneak peak). I think it’s really strong. It’s pretty different from American Band in a lot of ways, yet they’re somehow connected.

[American Band] was more direct and “in your face” political whereas the new one is kind of a more personal take on living through these fucked up times. It’s a dark album, but hopefully a little light and hope shines through too. I can’t wait to get it out there and begin touring it.

On that same note, if you had to pick a single song from the catalog to introduce someone to DBT, what might that be?

Hood: Would have to be at least 2 to showcase Cooley and I each. Our songs are so different, yet both quintessentially DBT. I always go with “The Living Bubba” for me. To me “Zip City” is the ultimate Cooley song (although he probably disagrees).

DBT is a band that has continued to thrive and weather an ever-changing (and congested) music industry. What keeps you going, and keeps you on your toes, as a musician and songwriter?

Hood: I think [it’s] our love for doing it and doing it together. I treasure that I get to play in this band and that people actually come out to see us after all these years. And it’s better than ever after 23 years, which is truly a rare and beautiful thing. I’m still chasing the best song and trying to make our best album and play our best show after all these years. Can’t beat that.