When: 7:30pm, Fridays & Saturdays in October 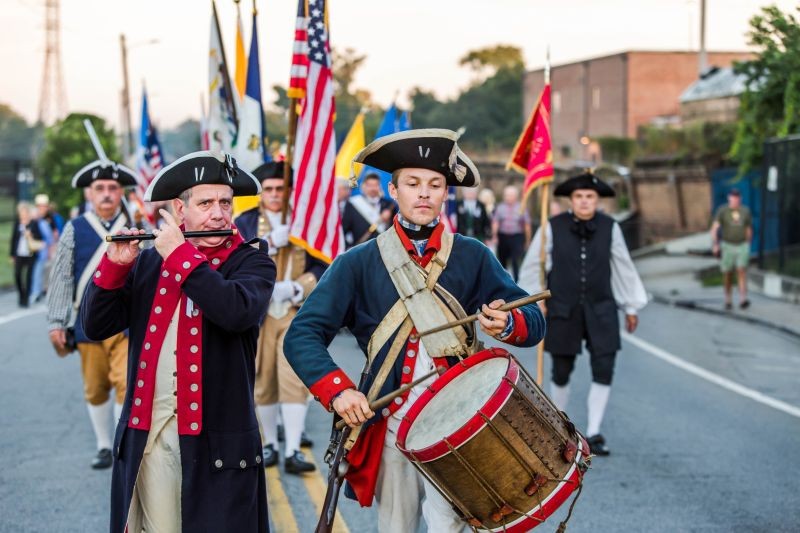 Photo courtesy of Coastal Heritage Society
The annual reenactment of the 1779 Battle of Savannah.

THANKS TO the success of Hamilton on Broadway, a new generation now knows that one of the key players in the American Revolution wasn't American at all:

Marie-Joseph Paul Yves Roch Gilbert du Motier—better known as the Marquis de Lafayette—was a French aristocrat who fought alongside George Washington, Alexander Hamilton and Thomas Jefferson, helping Continental troops defeat the British. He returned to France after the war to storm the Bastille and lead another revolution in the 1780s, yet he remained a legendary hero throughout the newly-formed United States.

In 1824, the battlefields far behind him, Lafayette returned to America to tour all of its 24 states in celebration of the new nation’s 50th anniversary. The 67 year-old general spent 13 months traveling over 6000 miles, receiving a hero’s welcome in dozens of cities and hamlets, arriving in Savannah by steamboat in March 1825.

According to the news of the day, the crowds here went wild with “animated gratitude,” exceeding anything “ever before witnessed” as local leaders filled Lafayette’s three-day visit with parties and receptions.

It was an exciting time, and it’s being reenacted by the Davenport House Living History Players in Lafayette in Savannah 1825: Celebrating the Nation’s Guest. Illuminating Lafayette’s sojourn with fascinating local context, the interactive tour takes place Friday and Saturday nights through October.

“We’re going to celebrate, recreate and contemplate,” declares historian and author Raleigh Marcell. “This is a total immersive experience.” 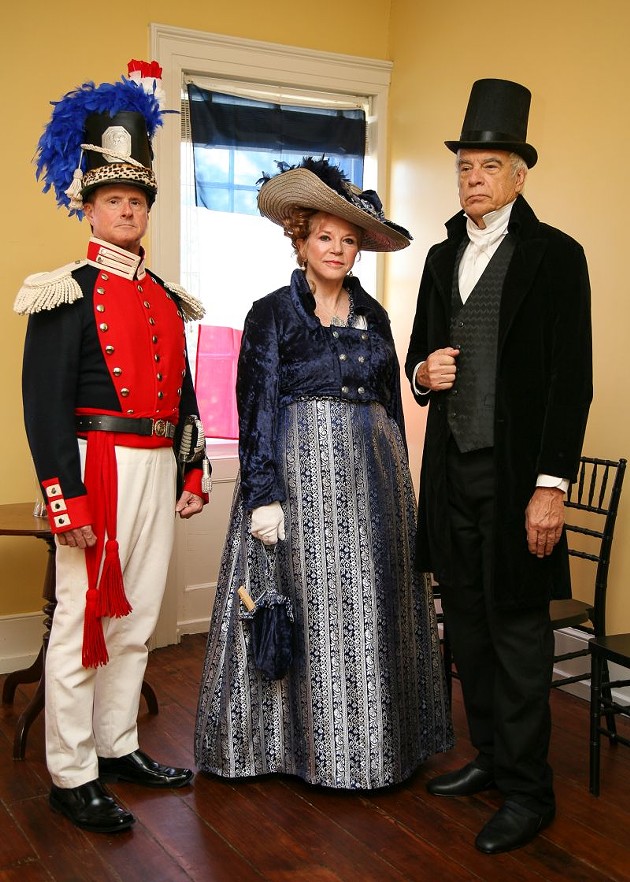 Beginning at the finely-appointed Kennedy Pharmacy, attendees are treated to a “magic lantern show” that sets the stage and introduces the Marquis himself, played by Greg Vach.

“Based on the success of ‘Hamilton,’ we think people will be interested in learning more about him,” says Marcell. “The impact of his visit to Savannah cannot be overestimated.”

Broughton Street might not be Broadway, but the program offers plenty of singing and dancing, including accurate renditions of the quadrille, pavane and other dances of the period. “La Marseillaise,” the French National Anthem will be performed by some of the city’s loveliest local young voices, thanks to the Davenport House’s partnership with Savannah Arts Academy.

Marcell reminds that unlike theatre, the Davenport House players work only with validated facts and dialogue. “Everything we present is from the record. We don’t make anything up. Why would we, when history is so interesting and exciting?”

Other historic figures appear as the tour moves into the Davenport House itself, lit by candlelight for the occasion. Longtime Davenport House player Jeff Freeman dons a uniform to portray Col. Francis Huger, a physician whose family hosted the young Lafayette when he first landed in Charleston and who tried to rescue the French revolutionary when he was detained in Austria in 1794.

“The Huger name is still prominent in South Carolina,” reminds Freeman. “There are so many links.”

Another eminent local, known only as “Mary T.,” is on the historical record as protesting the massive fanfare surrounding the elderly Lafayette’s visit.

“Practicing a little republican simplicity is better than aping royalty,” proclaimed the anonymous patron, played by Jan Vach in satin bustle. “I’m worried we’re going to fete him to death!”

As with all of the Davenport House’s programming, the African American experience is explored and presented along with the mainstream narrative. 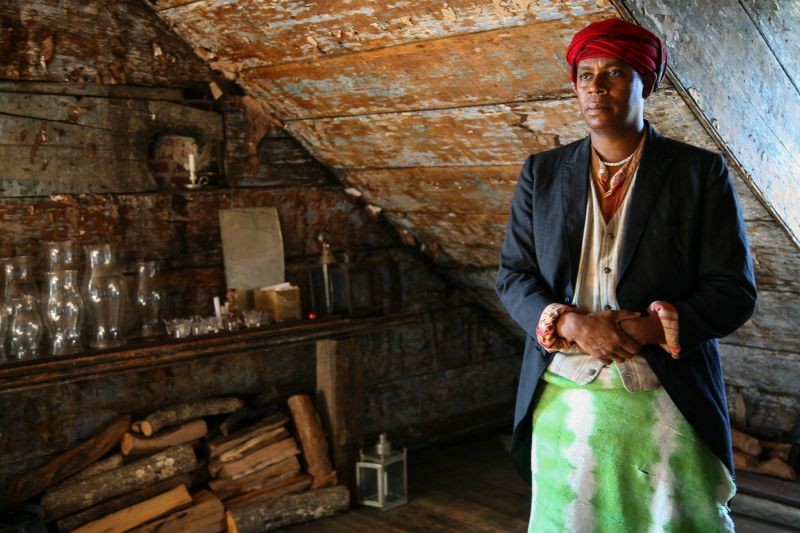 Scholar and historian Jamal Touré returns to the bare-scraped walls of the attic to recount the story of another Lafayette: James Armistead Lafayette was an enslaved man who served as a double agent during the American Revolution under the French General, spying on Benedict Arnold and reporting on the activities of the British. After the war, Armistead petitioned for and won his freedom, adding “Lafayette” to his name to honor his mentor, who was a lifelong abolitionist.

“We cheer them both as our founding fathers,” explains Touré. “We know that Lafayette told George Washington to free all Africans in this country, that he truly believed that all men are created equal.”

Also during Lafayette’s visit to Savannah, he continued to address the injustice of slavery, reportedly meeting with an 82 year-old blind slave who had protected him during the war.

In addition to the program at the Davenport House, history buffs can also enjoy another reenactment this Monday morning, Oct. 9. The Coastal Heritage Society will honor the 238th anniversary of the 1779 Battle of Savannah by following in the footsteps of its soldiers on the site of the historic battlefield, located just off MLK Blvd.

The free event begins promptly at 7am in the parking lot of the Savannah History Museum and proceeds across Louisville Rd. to Battlefield Park, where there will be a wreath-laying ceremony and a special tribute to war heroes General Casimir Pulaski, General Tadeusz Kosciuszko, Captain Jan Zielinski and the Polish legacy in Savannah.

“There is something special about being on this ground at dawn and walking up the path at the same hour on the same day that these soldiers fought here,” said Emily Beck, Manager of Interpretation of Coastal Heritage Society. “That is what makes Battlefield Memorial March such a meaningful experience for our visitors.”

Savannah’s role in the Revolutionary War yields a wealth of relevant stories and characters, made far more compelling when given voices and movement. From our local halls to the Broadway stage, new life has been breathed into America’s foundations of liberty and justice and its founding fathers, including the one who called France home.

“He fell in love with America and what it could be.”