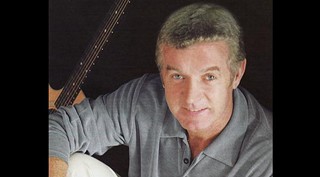 This year’s 19th annual Tara Feis event, held Saturday, March 13, is sponsored by the City of Savannah Department of Cultural Affairs. It was “originally started because the community felt that there wasn’t an event specifically for families celebrating St. Patrick’s Day,” says Eileen Baker, director of Cultural Affairs.

This alcohol–free event “was created to provide cultural entertainment and a little bit of education surrounding the religious and social customs of St. Patrick’s Day,” Baker continues.

Tara Feis brings an estimated 20,000 people to Emmet Park.  Bernadette Winters, organizer of the event, explains the significance of the location:

“Emmet Park is the site of the Celtic Cross Monument, which used to be where the Irish who lived near what is today Bay Street used to play.  They would gather there and play ball; they called it the Irish green,” she says.

The park is named after Robert Emmet, an Irish patriot.

“It is sort of like a home turf for the Irish community in Savannah.  I’m delighted that this is where we have established the event.  The park has so much historical significance relating to this event.”

Tara Feis is completely free, other than concessions and T–shirts, and open to the public.  There are a variety of activities planned that will be fun for the entire family. (See our interview with musical headliner Cathie Ryan.)

“There are no vendors at Tara Feis,” explains Winters. “There are rides and carnival food like popcorn and cotton candy available through Fun Time Entertainment.  The only thing sold besides food is the T–shirt for the festival.”

There are also craft booths and face painting stations.  This year an Irish street theatre will perform.  It’s a non–alcoholic festival and a day for families.

“We also have two Irish dance schools from Savannah performing on the main stage.  We will also have a children’s stage set up where the Irish dancers will dance, as well,” says Winters. “There will also be puppet shows and magic tricks performed on this stage.  We try to gear all of the activities towards Irish history or culture in order to teach something about the traditions of the Irish.”

Winters has organized the event since its creation 19 years ago.  She describes the process of organizing an event such as this:

“This being our 19th year, we have gotten the organization down to a fine art.  The people on the Tara Feis committee work closely with the Department of Cultural Affairs,” she says. “We have our headline entertainment, this year’s Cathie Ryan, booked a year in advance. Harry O’Donoghue, who works closely with me, has connections in the music community and is very well known himself for his Irish music.  His connections are helpful.  We have the same basic format for the event every year.”

Winters also discussed the evolution of the event, the original vision for it, and what it has become today.  One aspect of the event that is hugely popular is the Irish dancing.  “The Irish dancing came to be as big of an attraction as it is today when the Irish dance schools first started.  Once they came into being, we included them in the festival,” she mentions.

“Our intentions when we first started, actually the city, wanted to put on a festival, but didn’t have the personnel to do so. That’s how I initially got involved. We started with just having locals perform, and the event wasn’t as big.  It continues to grow, and we continue to get more funding from the city,” Winters says.

“The dance schools have become a wonderful part of the festival.  They bring so many people and have so many children involved.  That’s really what this is all about, the children.  It’s all done so that our children will grow up with the Irish traditions and keep in touch with their Irish roots.”

“First of all, it allows our parks to be used by the public,” she says. “It is free and provides quality entertainment to the public. It seems to enliven the community.”

The event seems to get a lot of positive feedback from the community.  “It’s gotten to be something that people who grew up in Savannah, but left, come back for because they can bring their family to it,” says Winters.

“The response from the community has been wonderful.  I think that’s because, no credit to me or anyone else, it’s the people themselves that make this festival so nice.  They just enjoy coming out and being together,” she says.