THIS IS ONE I’ve been waiting to write for some time. I’ve been following the story of Ben and Meghan Eberly, owners of Analog Pub, as they’ve grown their thriving business.

It was my hope to feature their new storefront once the doors opened, but sometimes waiting is impossible, and credit must be given where it is due.

With a large following, which I noticed after spending sometime with Analog Pub at the Forsyth Farmers Market, the bakery has been making waves in Savannah for years.

The story begins with Meghan. While studying for her PhD at Harvard, she realized that her dream and passion was food.

She started as a food photographer, progressed to a food writer, and eventually began working around town in various restaurants and bakeries. Meghan ended her pursuit of a PhD and pursued happiness in baking.

Much like his wife, Ben was pursuing a fast paced career as an engineer. He took his entrepreneur skills and teamed up with his wife to bring Savannah the mobile bakery.

Since opening shop as Analog Pub, the two have been saving towards their dream of opening a local restaurant.

Meghan explains, “Analog has been blossoming as a concept since then, and food is at the heart of how we currently operate in the world. But since the beginning, the motivation has always been to create a playful and warm place for people to hang out, be human, and linger with friends over drinks and a good meal.”

As a mobile bakery found at the Forsyth Farmers Market and at popup events around town, the menu primarily features baked goods—cookies, pastries, breads, and everything in between.

You could say that their pretzels are their signature item with good reason because they tend to sell out pretty quickly every Saturday morning at the stand.

Two options are regularly offered: classic hand rolled Bavarian and a second smothered in everything seasoning. I am partial their everything pretzel, but truly either choice is a winner.

A Bavarian pretzel is a German style pretzel with a super tender center and chewy shell that snaps when bitten. Analog’s version meets the mark and is made perfectly.

“We make them the traditional way — by dipping them in a lye bath before baking — and we’re the only people in town who do. Lye is an especially alkaline solution and when you bake it at high temperature it goes through something called a Maillard reaction, which renders the lye safe to eat and gives pretzels their beautiful sheen. And we figured why not make them as big as your face, right?”

Pretzel partakers have the option of yellow mustard and a spicy grain mustard to rip ‘n’ dip their bread in.

“Personally, I just love the combination of sweet and savory,” says Meghan.

I’ve never been a huge fan of cloyingly sweet desserts either, so these cookies are my idea: chocolatey, crisp on the outside, soft on the inside, and with a little crunchy, salty finish to each bite. Maldon sea salt, which we use, is also less “salty” than table salt, which sounds counter-intuitive based on how big the chunks look, but it’s all about the way the crystalline structure forms.”

My favorite treats available last weekend were the buttery, fudgy, deep, dark chocolate brownies. Analog’s brownie has the correct amount of cake like texture but with a fudgy feel. Each bite reveals a perfectly suspended chunk of chocolate that was mixed into the batter.

While I stalked the welcoming couple at their farmers market booth, I noticed they had a new whoopie pie on special. The Strawberry Whoopie Pie had a delicate crumb that almost melts in your hand before you can chomp down to find the pies’ generous filling of buttercream.

The Eberlys roll out new recipes constantly but are driven by what is seasonal.

“Most of our recipes are either directly tied to our childhoods and the places we’re from or are inspired by specific food memories,” Meghan says.

“Ben is from central Pennsylvania, so a lot of the pretzel and whoopie pie inspiration are connected to him growing up near the Amish. I’m also half German in heritage, so we both share some natural proclivities for all things Deutsch. A lot of our items rotate in and out seasonally, but basically everything on our menu comes with a story, from our carrot-apple cake (which is our wedding cake recipe) to our olive oil orange loaf (which I learned to make while living on a fig farm in Greece). My background is in food anthropology and ethnography, so preparing and sharing food will always be an incredibly meaningful privilege to me. I’m really looking forward to when our menu isn’t limited to just baked goods, because I have a lot of special recipes and food techniques that I can’t wait to share with Savannah,” Meghan says.

You can catch the duo at Two Tides’s Oktoberfest on September 28 or at Deep Center’s Deep in the Streets event on Saturday, October 26.

As for the future, Meghan says:

“Although we’re currently best known for our baked goods, our brick and mortar is where we hope to really shine, by bringing Savannah an intimate and connected social space unlike anything that currently exists. We’ll be a full scale restaurant and bar, serving Savannah internationally-inspired and produce forward cuisine in a lounge-like setting. Think swanky library meets gastropub. With lots of plants. We’re currently working on securing a lease on a place in the Starland district, and going through some of the necessary special use review steps for alcohol licensing. If all goes well, it’s our goal to be open late summer of 2020, so fingers crossed!” 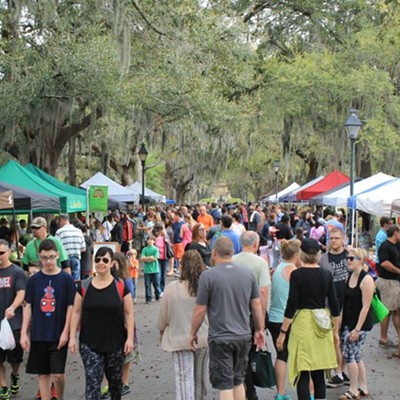 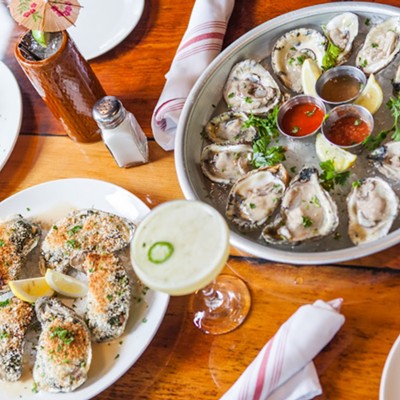