ANNA Chandler doesn’t rest. The prolific singer, guitarist, and songwriter— known for her work in COEDS and Lovely Locks — is off in a new direction with Nancy Druid.

The project, conceivably a solo venture with the help of a rotating cast of musical friends, evokes the work of bands like Throwing Muses but also rides the line towards synth-pop in some places.

Chandler, a prominent figure in the Savannah scene (and a former Connect A&E Editor) is bringing her Nancy Druid songs to Statts Fest on September 29, and is set to release the debut Nancy Druid EP on September 28.

For the EP, Chandler enlisted the engineering and production talents of The Trainwrecks’ Jason Bible, as well as local musicians Ethan Stewart, Ian McCarthy, Petey Worrell, and Jeremy Hammons. 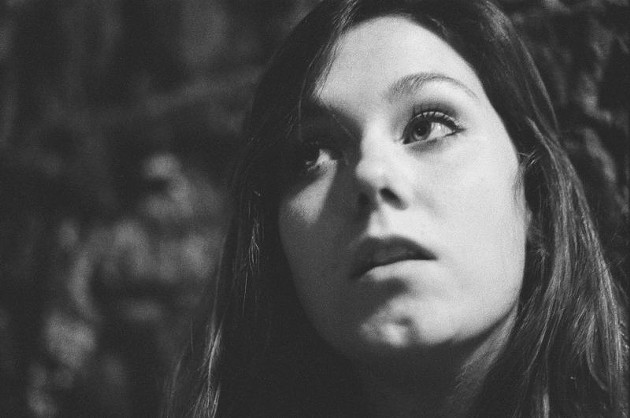 We caught up with her to find out more about her adventurous and brilliant new music.

How did this new project come about?

Some of the Nancy Druid songs are maybe seven or eight years old. It’s kind of a collection of songs I’d been working on that didn’t really fit with other projects. It was around this time last year that I demo’d the songs and shared them with some friends. We started playing them together, and we played out for about a year before we started recording.

I always like to play the songs out, gauge the audience, and see what we felt most passionate about as a band. And the three songs [on the EP] are the ones I felt the most emotional connection to, and that the band really sync’d up on.

When did you first realize that this was a thing? Was it natural or did you have a set intention?

It’s something I’d been thinking of for a while, and I wasn’t totally sure of the sound. Some of these songs I wrote while I was in a folk band, some I wrote with COEDS which is more punky. These are more journal entry lyrics, and a little more vulnerable. I wasn’t sure of the tone. Honestly, for a minute there, I’d really gotten back into Drive By Truckers and thought I’d try and turn the songs into kind of alt-country/Americana. I kept trying to pigeonhole all of these songs.

In the end, I wanted to play electric guitar, and I wanted to have almost a dance element. I wanted something that would get an audience involved and still be vulnerable, relatable, and still something that excites you live. So basically, I called in my close friends – the people I knew I could really trust with these songs.

You’ve done so many projects over the years. When you’re writing, do you separate it all, or do you realize later on what project a song is for?

It’s kind of evolved over time, the more I’ve gotten into a writing discipline over the last five years. I do write for specific projects, especially for COEDS which is something that has a very defined look, feel, and aesthetic. That’s easy for me to write for. Lyric-wise, for the most part, it’s going to be more playful.

The Nancy Druid stuff is kind of the stuff that fell between the cracks. It just kind of floated and didn’t really have a distinct identity. So I do write for specific projects, but other stuff kind of accumulates and it can be shaped.

Do you prefer being in a studio or on stage? I’m curious where you’re most comfortable.

It depends on the project! COEDS, I’m happiest on stage. But it also depends on the studio situation. If we only have an allotted amount of time, it can be more high-stress. But something I love about COEDS is that our drummer has a studio, so it’s really relaxed and we can do things at our own pace.

I’ve been finding with Nancy Druid that I really enjoy being in the studio and fleshing them out. The newest song is about two or three years old, but I’ve sat with them for a long time and they felt stale. It’s so rewarding to have new people play on them, to bring them into a studio and reimagine them.

When it came time to bring the songs into a studio, were you referencing certain records or certain bands?

I sent Jason [Bible] a Spotify playlist and a long nerdy email [laughs]! Just annotating the songs. It was kind of all over the place. I sent some Lily Hiatt, some Kid Dakota. [The Kid Dakota album] has my favorite mix I've ever heard. The drums are just so massive. That was a big touchstone for me. I wanted big drums.

I wanted it to feel very full and very densely layered, but I wanted a rawness there too. I think I threw in some Replacements as well.

You can definitely hear there’s a variation of influences, even just in the sonics. What’s next for this project?

This was an epic summer of recording. We did this EP, COEDS did some recording, and then Britt Scott and I started working on a split release. It’s a close, kind of family project. We’re roommates and we played together in the Lovely Locks. We’re looking at winter, I think.

These days I’m of the mind of EPs and singles. I’ve been writing a lot more Nancy Druid material than I have in a while. I’m enjoying getting back to my journals and voice memos, and we’re going to start working on some new songs to play live.

Lyrically, what are you writing about in this band? Is there a thread pertaining to this project or is it a mixed bag?

It’s kind of a mixed bag! I have a literature background, and was a fiction writer and poet before I started playing in bands. In my first band, the lyrics were more abstract, word association, textural lyricism. COEDS was an outlet for the freedom to write some pop songs. The Nancy Druid stuff, I don’t really know how I would describe it – it’s really just off-the-cuff-style journal entries. There’s a sense of intimacy there that I feel. I wanted to be able to go back and tap into poetic language again in a vulnerable and earnest way.

Are you the kind of songwriter who edits a lot? Or do you let it all happen at once and create more instinctively?

It really depends. The song “Gift Horse” was one that just poured out. It all felt very real and honest because it was very of-the-moment. For other ones, we go to the studio and I’ll realize that I’ve been making up words on the spot [laughs]. So then I'll say, "Alright, I've got to buckle this down."

I’m becoming a heavier editor, especially with this new stuff I’ve been working on. I’ve been frustrated with it because my output hasn’t been as prolific, but I’m also just taking my time to make sure it works on the page as well as on the record. 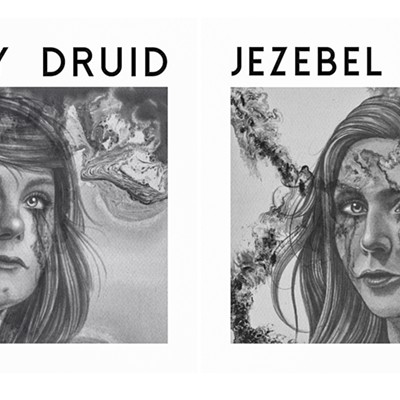