SINCE THE Starland district’s seminal studio collective Sulfur Studios opened its doors in November 2014, it has only shown one photography exhibition. When Emily Earl, one of the space’s founders, revealed that during a conversation last week my instinctual reaction was one of disbelief. "Well, that can’t be right," I thought. "She must be mistaken." But it is, and she’s not.

I don’t think I was wrong to be incredulous.

Incredible photo work has often graced Sulfur’s walls during juried and group shows, of which there was (perhaps) a surplus. After all, the group’s MO in 2015 was all about defining their gallery space as Starland’s most diverse. I’ll happily say that they succeeded, but would be lying if I said I wasn’t hungry for something more concentrated.

Their first show of 2016, Semblance, focuses the diversity Earl and her co-founders (AJ Perez and Jennifer Moss) have cultivated into something promisingly introspective – an exhibition of photography focused on portraiture and the everlasting tug-o-war between appearance and reality.

The show, which opens on Friday, January 8 with a reception from 6 - 9pm, features work by Emily Earl, Geoff L. Johnson, Christine Hall and Cedric Smith. Johnson, who recently opened a studio inside Sulfur, was Earl’s primary collaborator in putting together the exhibition. 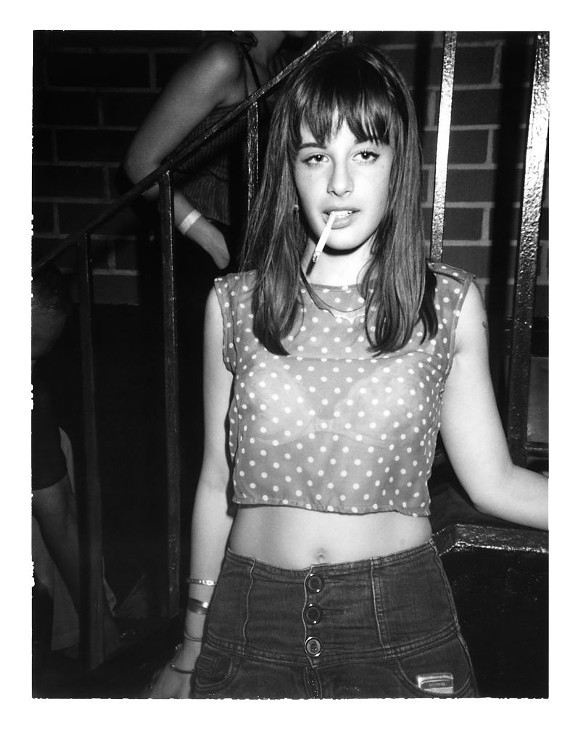 On the pairing of the four artists Johnson said, “We all have varied experience in both the professional and art worlds. We all photograph people, but we also each have our own distinctive approaches and styles.”

It’s true; Smith and Johnson’s polished aesthetic often lands them on the cover of magazines like Savannah and Liberty Life, or even within the pages of this publication. Hall, whose work has also appeared in Savannah magazine, has a dreamier quality to her photographs – in particular, her black & white images of children give off a very Mary Ellen Marks vibe. And, of course, those familiar with Emily Earl’s acclaimed Late Night Polaroids series will recognize her eye for capturing soft focus sexiness and candid intimacy.

Their discrete styles meet under the philosophical shelter of the show’s carefully chosen title: Semblance. The word originates from the Latin “similare” which means “simulate”.

“Semblance” suggests a facade, a pretense of the thing instead of the thing itself. Johnson defines it as “the fact of appearing to view”, saying, “[It is] the action of viewing the photographs, which are visual representations of “the outward appearance of ‘a thing’”, or, in this case, a person. Of course, reality is different than the representation. [It’s] a “map is not the territory” sort of thing.” 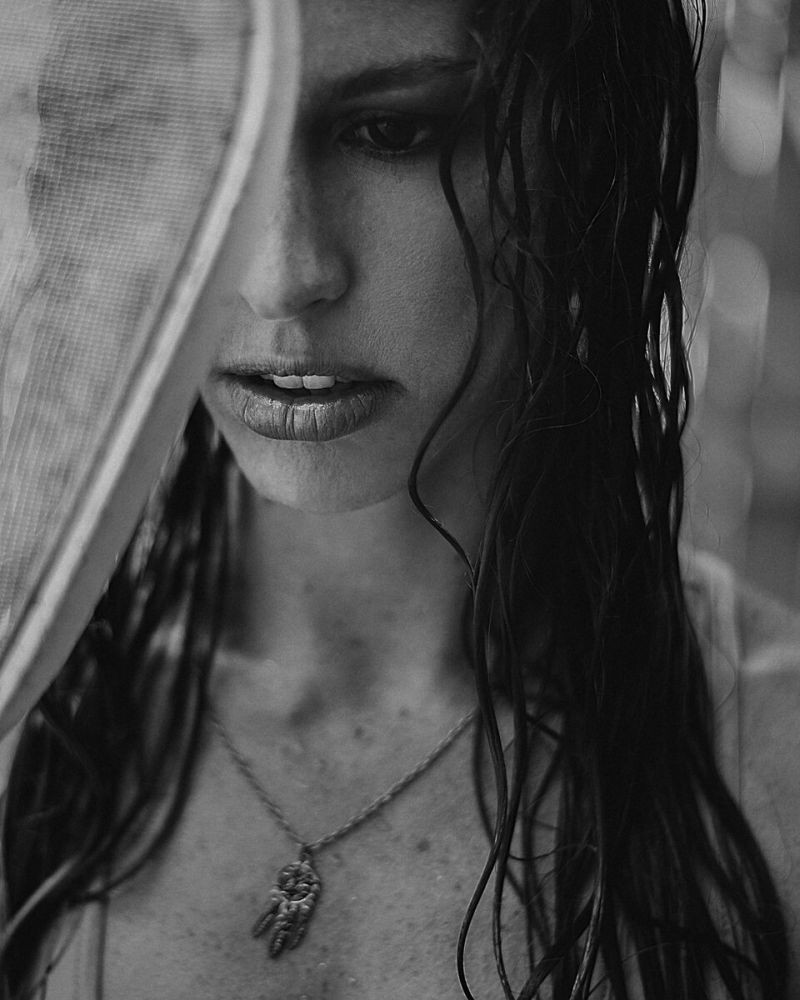 Earl explains it more simply: “I think photography is about the appearance of something and the manipulation of that perception.”

“I see my subjects in a certain way,” she tells me as we sit beside a window at Sulfur overlooking Bull Street.

I’m watching people walk by as she talks. A black guy with headphones in, head down and shoulders hunched forward, slouches down the sidewalk with his hands in his pockets; an older blonde woman, red-mouthed and with hair shorn close to her neck, speed-walks past as she frowns down at her phone. It’s afternoon and the light is just beginning to cast shadows through the spanish moss.

“I have no idea what anyone else really thinks of [my subjects] or what they really see when they look at that person who I’ve captured in a second, in a fleeting moment. It’s all very strange. Photography’s weird because all these different elements come together for a f--cking instant.” 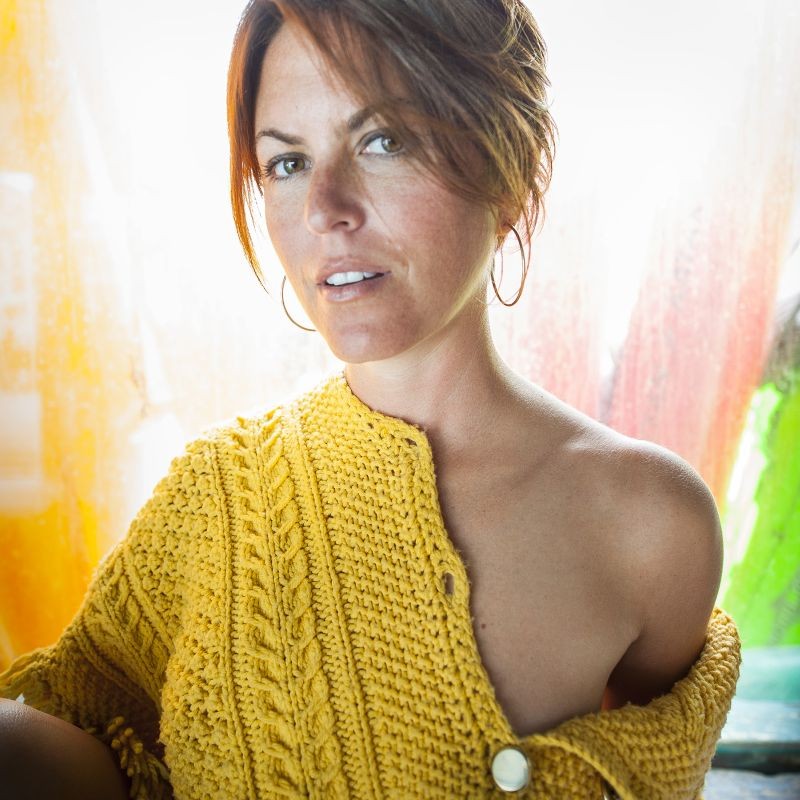 Portraiture – good portraiture – is a narrative. When captured by Earl’s lens, the image of that guy slouching down Bull Street may have revealed the story in his face, in his body language – we would look at the lines around his mouth, his rumpled clothing, his weighted shoulders, and make a decision about how he felt that day.

Or how Emily felt that day, taking his picture.

But instead, from behind the window glass he was just a man I saw for a moment.

That’s why good photography is so good – shows like Semblance, where we’re given the opportunity to live in the infinite moment inside a skilled photographer’s lens, reveal us to ourselves.

The artist is our interpreter, printing onto paper the things that move too quickly for us to see.

It’s a little like falling in love – that moment Earl is talking about looks and feels differently every time. You know it when you feel it, and that person, the one you love, looks different than before.

A billion possible perceptions; each a semblance of the actual person, each experienced differently, each a different photograph.

And if this sounds like romanticization to you then I’d argue that you’re not wrong, just cynical. 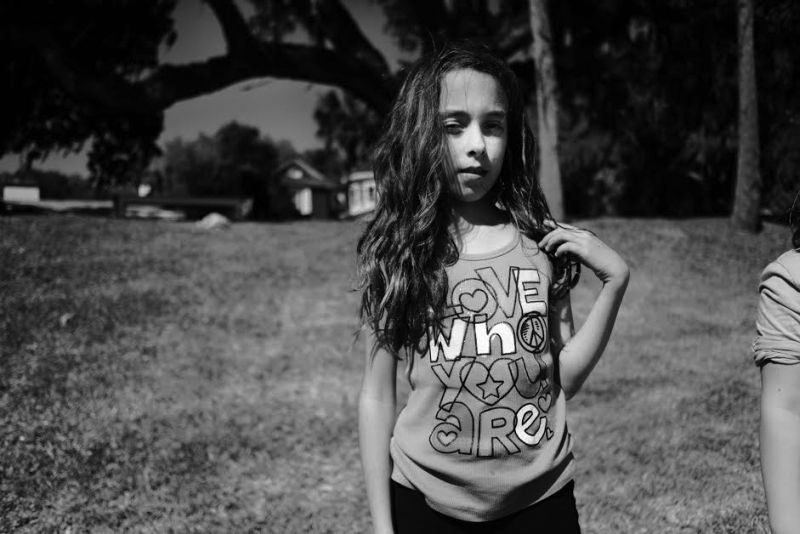 It’s 2016 – everybody is a photographer. We’re all in love with it and ourselves; our iPhone cameras become our mechanical ghostwriters as we scribe our autobiographies on Facebook and Instagram. Never have we been more in tune with the dichotomy of perception vs. reality; we regularly curate semblances of ourselves daily.

Semblance, with its four talented photographers dedicated to the art of the portrait, embraces this complexity and returns it to us, neatly wrapped and beautifully rendered.

What better way is there to start 2016 than with a hard look in the mirror?