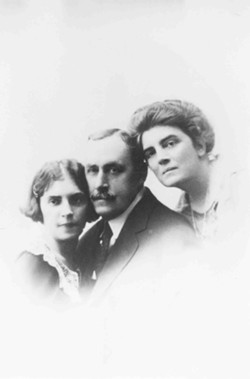 HOW DOES a name die?

Officially, Armstrong State University will cease to exist at the stroke of midnight this New Year.

How quickly the signs come down and the stationery changes are simply details.

I suspect that you and I will be calling Georgia Southern University’s “Armstrong campus” simply “Armstrong,” as locals always have – through “Junior College,” “State College” and “Atlantic State University” – for a long time.

I suspect that the name will become an obscure bit of trivia on signs and stationery. Name death by Regents decree.

That is, of course, unless people continue to use the name.

“If we say ‘Savannah campus’ then how can we expect anyone else to call it the ‘Armstrong campus?’” says Roger Smith, the last president of the Armstrong Alumni Association, which also is consolidating.

“All of us who care about Armstrong need to say ‘Armstrong campus’ every single time.”

How many of you call it Savannah Beach?

How many of you call it the Martin Luther King, Jr. Arena?

How many times have you called a friend by a former name?

That’s what I thought. Names are what we make them.

We care about some more than others.

“We fought early and we fought hard to make this campus called ‘Armstrong campus,’” Smith says. “That was not a forgone conclusion.”

What university namesake George Ferguson Armstrong would make of all this is anyone’s guess.

The millionaire shipping executive had been dead for 11 years when his widow, Lucy Camp Armstrong Moltz, then living in North Carolina, donated their vacant mansion at Bull and Gaston Streets to create the city-sponsored Armstrong Junior College in 1935.

The school’s history runs largely independent of the family’s history from that moment to this.

Armstrong himself didn’t even live in the impressive house but a few years.

And while the house was no small thing, you could argue that Savannah mayor Thomas Gamble or Savannah banker Mills B. Lane, Jr. played larger roles in the school’s history.

So who was Armstrong?

“He really started from very low ranks and worked his way up,” says Janet Stone, a former Armstrong history professor who wrote the university’s history in 2010. “He did quite well, well enough to build this impressive house.”

The house again. Its stairs, its gate, its furnishings, its crown molding.

Forgive me. I found more details about the house than about the man and certainly the woman.

A 12-page 1991 biography matter-of-factly outlines Armstrong’s milestones (birth, marriage, children, company directorships, charitable affiliations, will contents, etc.) but nothing that would give you much personality.

“That’s going to be true of most of the dignitaries of that period,” Stone says. “That’s just the language of the time.”

So, perhaps the best that I can do might be to compare him to today’s “port people,” the big wigs pushing for a deeper channel.

A 1923 newspaper feature declared that “He has been connected with practically every plan having as its aim the enlargement of the port.”

Shadows suggest he might have been keen on baseball and hunting.

He and Lucy are buried at Bonaventure Cemetery. Name death by physical death. 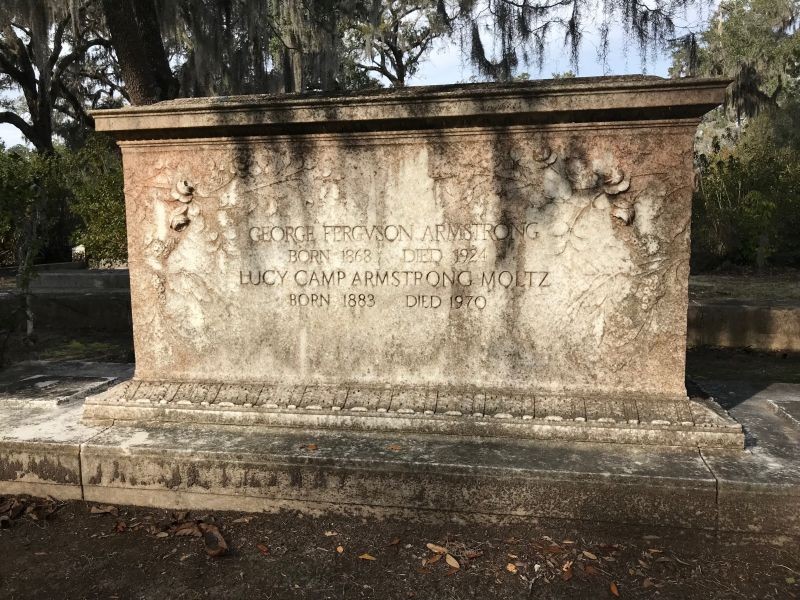 George and Lucy are buried in Bonaventure Cemetery.

I don’t think it’s unfair to say that Armstrong’s name has survived well beyond what normally would have come to such a name, distinguished and generous as it is, but otherwise hard to find in the history pages.

They say that the spirit lives when a name is called.

So, for the alumni more than George, I say, call it Armstrong proudly.

May the Armstrong spirit live.