A FEW weeks back, within a day of each other, two artists told me the exact same thing: something’s happening in Savannah right now.

I heard it from AJ Perez on the couch at Sulfur Studios, and then again the next day over coffee at Heather L. Young’s Richmond Hill home.

In fairness, it’s a pretty popular opinion right now. There’s a palpable excitement in the air here that goes beyond our recent election (though that’s pretty exciting all on its own).

Some years are for making big things happen, and some years are for building and growing. 2019 was a year of continuing momentum, of growth and of setting the stage for something really big to happen. 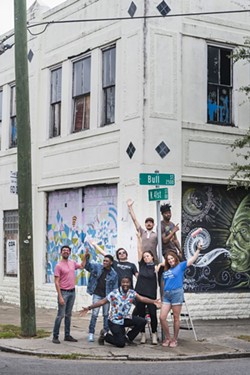 Now, that’s not to say that big things didn’t happen. The Starland Mural Project was a major win for public art this year, as well as a win for Clinton Edminster, who has been a tireless advocate for accessible art for years. I worked with Edminster at Art Rise Savannah when I was a staff writer at, and then editor of, the Savannah Art Informer (RIP) and witnessed his passion for making art accessible to everyone.

When I interviewed him back in September, he said, “I’m really focused on making sure these aren’t the last murals in Starland. These are so much the beginning of a larger pop. This is what we do, this is what businesses in Starland do: they support murals. This is what this neighborhood is about: public art.”

One of the artists in the Starland Mural Project, Juliana Lupacchino, had a banner year in 2019. This was the year she officially became Everywhere. From murals at Starland Yard and Kayak Kafe on Broughton to her Dime Store Red project alongside William Kesling, the Julu pattern covered the city in cheery brightness. Lupacchino herself exudes cheery brightness—she might be the nicest person I have known. 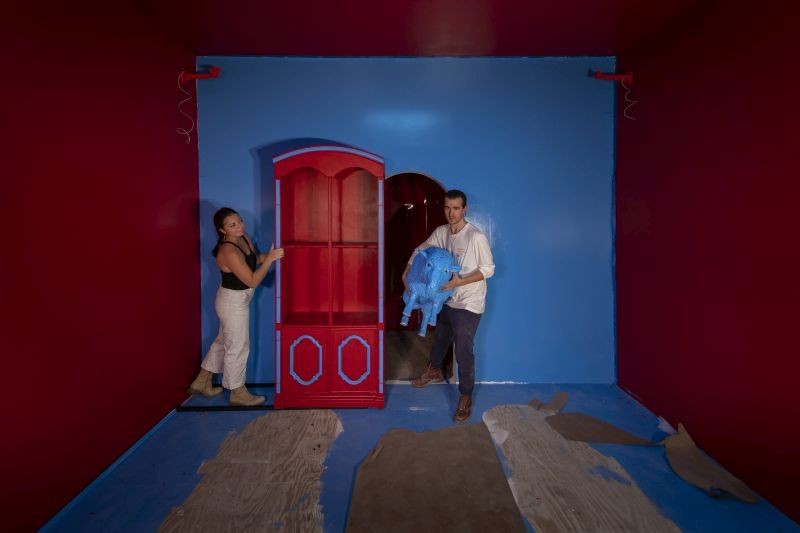 In November, Dime Store Red was a pop-up installation in Smoke Cartel’s warehouse. Lupacchino and Kesling built the three-room dime store from scratch and invited artists of all styles to participate in the project. They designed it to be Instagrammable, and it certainly was for the week it was up.

“I don’t want to make something and it just stands still,” Lupacchino told me when I interviewed her and Kesling. “We want people to be inspired to do stuff.”

“This is the weirdest shit I’ve ever done,” Kesling added. More weird shit in 2020, please.

Another Savannah artist who had a big moment this year was certainly Suzanne Jackson. “Five Decades” was on display at the Jepson Center this summer, and she was also included in the group show “Entanglements” at Laney Contemporary.

Jackson is a big deal. She’s the founder of Gallery 32 in Los Angeles, which was a supportive place for black artists in particular. But she’s been creating since the 1960s and is just as passionate about dancing and set design as she is about painting. Her retrospective—curated by Rachel Reese, who we dearly miss—included ephemera from all aspects of Jackson’s enthralling life.

A trend I noticed this year was the desire to open alternative gallery spaces. I’m thinking specifically of the Hen House, run by Kevin Clancy and Chris Fisher, and the 2201, run by Brittany Reidy. More incubator spaces than galleries, these spaces charge the artist little or nothing to display their work.

“We don’t take a cut of anything that gets sold because we’re not in the business; we’re not a gallery,” Clancy told me in July, when I met him at the Hen House’s first location on 39th and Paulsen (they have since moved to the Stables on the west side of town).

“I want the artist to reflect their work in all elements and how they show, how they hang,” Reidy said in October. “That’s what I want to provide.”

Clancy, Fisher and Reidy all told me that in their spaces, artists are allowed to do whatever they want, within reason. All three talked about the need for affordable spaces for artists to show work.

Savannah’s art scene is finally beginning to become accessible to all price points. Let’s see more of this in 2020. 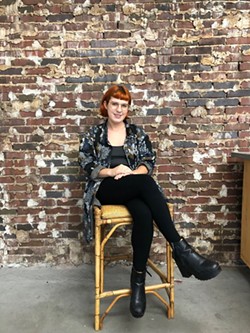 Reidy pointed out that not every artist is a student who has financial help from their parents, and that the skyrocketing cost of living in Savannah is not helping. That’s an important consideration that I think often gets overlooked: Savannah is not SCAD. When I tell strangers I came here for school, the automatic reply is, “Oh, SCAD right?” Armstrong, actually. Savannah owes a lot of its artsiness to SCAD, but not every artist is part of that world.

One final point I’d like to make about 2019 is its consistency. We saw fantastic shows from the galleries that we’re used to seeing fantastic shows from. Sulfur Studios continued to offer its usual lineup of stellar programming at all of their satellite locations, even while losing In Vino Veritas and adding Alair Homes. The work Perez, Emily Earl and Jennifer Moss do for the art scene in our city should not be understated. Earlier this year, I heard one artist (not naming names!) look down their nose at the studio, calling it “grungy and dark,” and it reminded me that many galleries wish they had the reach Sulfur does.

So, Savannah, here’s to the New Year. We made it through 2019, throwing ourselves into improving the art scene we love so dearly. We devoted our blood, sweat and tears to big projects, and we laid the groundwork for an exciting 2020. I can’t wait to see what happens. 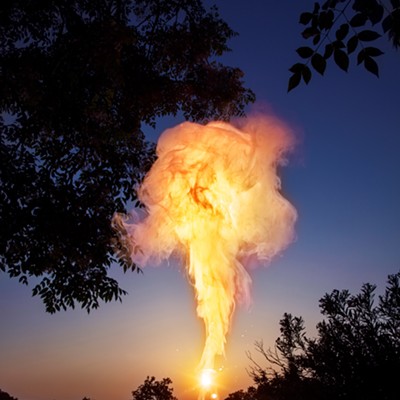