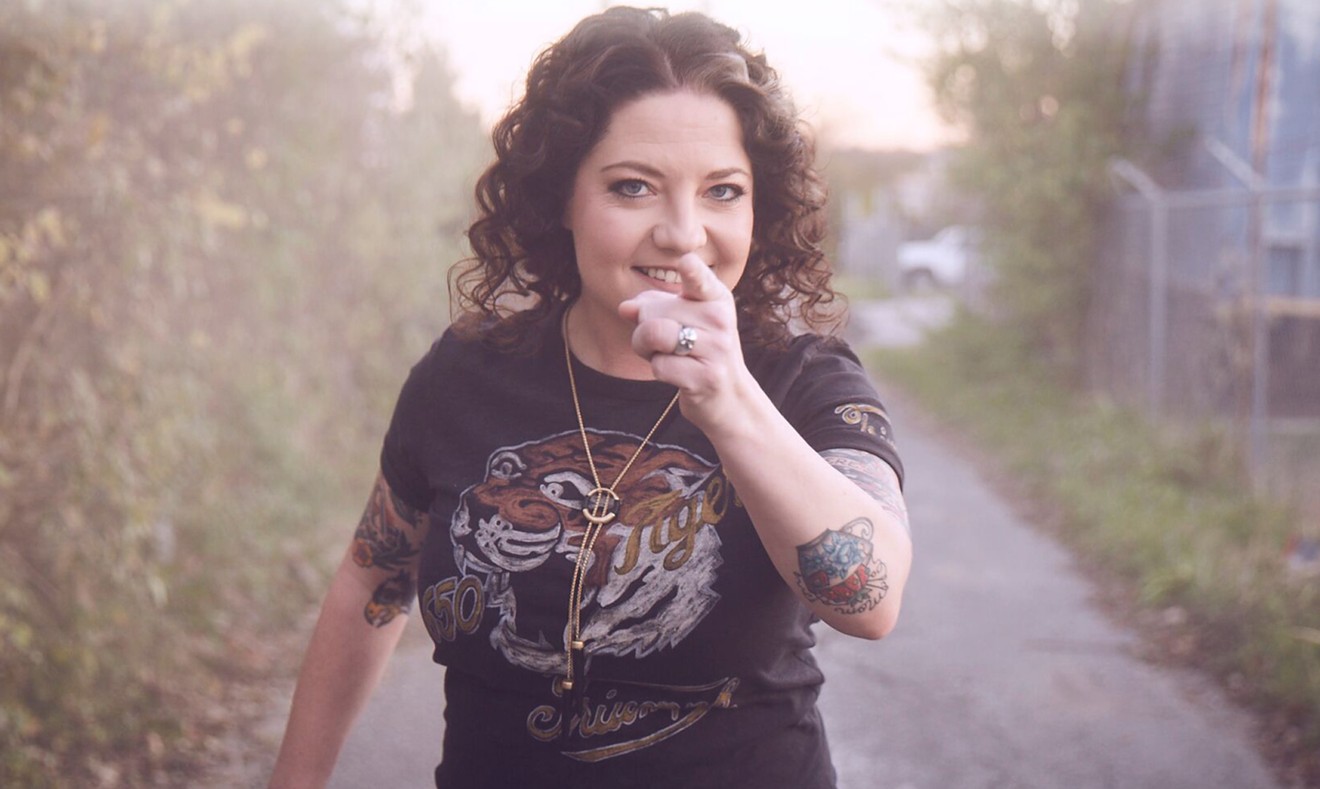 Since then, the tattooed Arkansas country singer has been a girl goin’ somewhere –  – nominated for Grammy Awards for both that album and its title cut, taking a CMT Award, winning the Academy of Country Music’s New Female Vocalist of the Year and in 2019 taking the Country Music Association’s Best New Artist prize.

“The last two years have been a hop, skip and a jump,” McBryde said. “In the last year, we’ve gotten the momentum we’d hoped to get.”

And with the pandemic restrictions having been eased, McBryde has been back on the road, opening arena and amphitheater dates for Luke Combs and Dierks Bentley as well as playing her own headlining shows.

Bouncing from the arenas back to clubs is no big deal for McBryde and her band.

“We’ll have an opening short slot one night and a headlining slot the next night,” she said. “You have to be nimble and agile with the show you’re putting together. We’re changing the show every single night. Every day, we’re feeling out the arena, feeling out each other and deciding what to do that night.”

Deciding what songs to do is easier in the clubs, where McBryde and her band have about twice the time on stage as they do as an opening act. But more importantly, she said, playing clubs is flat out more fun for her –  – and the audience.

“To entertain to the back of an 800-seat club is fun,” McBryde said. “To entertain to the back of a 20,000-seat arena is tough. I absolutely love playing club shows. You can create energy in a club that’s really hard to create in an arena where you don’t have production. We don’t have video screens or fog or anything there. In the clubs, you don’t need that. It’s 90 minutes of 800 people sharing one moment together and that one moment will never happen again.”

McBryde has been entertaining since before she could read.

“I was making things up to sing to my mom when I was just a little bitty squirt,” McBryde said. “I’d run up to her and sing the things I’d been doing that day, like going to the mailbox, which is a big deal when you’re 4. I didn’t start writing a song that had a real structure until I was 12. I had to work on my skills from 5 to 12.”

Growing up in the little north-central Arkansas town of Mammoth Springs, McBryde lived for the radio –  – where she absorbed the combination of sounds that she’s turned into her distinctive, personal rockin’ country sound.

“I think I’m fortunate in that the household I was raised in was steeped in bluegrass and traditional country,” she said. “My dad preferred songwriters, Kris Kristofferson and Townes Van Zandt. My mom would listen to the rock station. There were only two stations we could get when I was growing up, a country station in Missouri and an oldies station that was there in Arkansas.

“I didn’t know they were oldies, I thought it was rock ‘n’ roll. What I heard there, listening to people like (John) Mellencamp, is simplicity and truth, guitars plugged into amps. Nothing against synth machines or whatever, but that’s rock ‘n’ roll. It’s what made me want to play those kind of things.”

After attending Arkansas State, McBryde moved to Nashville to become a country singer, spending a decade working her day job at Guitar Center and hitting the clubs at night. Putting out her second self-released album, “Jalopies & Expensive Cars,” in 2016, McBryde started opening for the likes of Chris Stapleton and Willie Nelson and got some stage time with Eric Church to sing her “Bible and a .44.”

That got her signed to Warner Records –  – and a whole new level of attention to her powerful Southern vocals and the songs she writes that have been tagged as “blue collar.”

“I suppose it is blue collar, but more than that, it’s everyday life,” she said. “That’s the way I grew up. You have to write about what you know, otherwise, it seems fake, not real.

Those real-life stories include her breakthrough single “A Little Dive Bar in Dahlonega,” which is based on the night her co-writer, Jesse Rice, met his future wife in a dive bar in Dahlonega, Georgia, after his car broke down driving from Atlanta.

Then there’s “Girl Goin’ Nowhere,” her defiant climb to have “made it” over the skepticism of those who told her she’d never amount to anything in music.

And she again showed her independent streak and self-pride with “One Night Standards,” a song she co-wrote with Nicolette Hayford and Shane MacAnally about a woman setting ground rules for a one-night stand.

Taking the CMA Best New Artist prize in 2019, McBryde said, was confirmation that she indeed has “made it.” More recently, she released “Never Wanted To Be That Girl,” a song she did with Carly Pearce that topped the “Billboard” Country Airplay chart, and as she continues to reap more awards and critical acclaim, McBryde hopes her success and the songs are an inspiration for other little girls to never give up chasing their dreams.

“It was a little bit of validation,” McBryde said. “And hopefully that’s a lot of encouragement for others.”

Ashley McBryde plays the Lucas Theatre for the Arts on Friday, Aug. 26. For tickets and information, visit lucastheatre.com