Formed in 1998, Massachusetts metalcore outfit Unearth got their start supporting the likes of Lamb of God and Slipknot on tour. With frenzied guitar riffs and ripping vocals, the band has garnered quite a following over their five album, eleven-year career.

Greensburg, Pennsylvania’s Zao got their start in the Christian music scene while earning respect in the mainstream hardcore and metal scenes. Drummer Jesse Smith is considered one of the finest percussionists in heavy music, driving the rhythm for their legendarily wild shows.

Forth Worth-based metalcore band Oh, Sleeper features several familiar faces from the heavy scene, including former members of Terminal, As Cities Burn, Evelynn, and Between the Buried and Me. The band most recently released a hot new single, “Oxygen,” in December 2016.

With a name borrowed from Richard Matheson’s 1954 science fiction novel I Am Legend, this Wilmington-based five-piece refuses to be confined to one genre, taking inspiration from ‘90s grunge alt-rock and cranking up the BPMs and decibels.

I Set My Friends On Fire

I Set My Friends On Fire

Fusing metal, dance-pop, and glitched-out electronics, Miami’s I Set My Friends On Fire hit the ground running when they were signed to Epitaph before their high school graduation. The band took a break this summer and returned with a new single, “My Uzi Holds A Hundred Round Conscience,” in early January 2017.

Tampa’s Tides of Man bring the indie rock to the bill with instrumental musings of the post-rock variety. 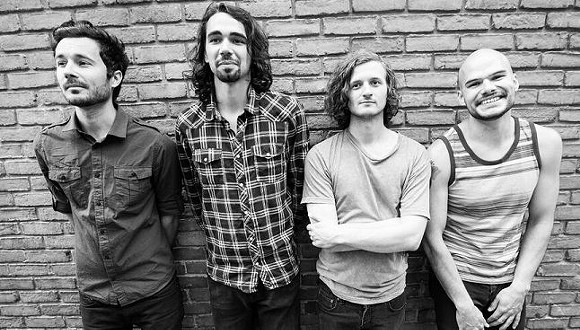 Fans of emo-influenced indie with a little roughness around its edges will want to check out Atlanta’s Microwave, who recently released an LP on Side One Dummy Records.

SycAmour makes an aggressive alternative rock that’s influenced by Underoath, Panic! At The Disco, and Drake equally—sounds unusual, but it all falls together with theatrical flair and heavy riffs.

The Bunny The Bear

Matthew Tybor and Chris Hutka’s ever-evolving electronicore project takes EDM and throws it in a blender with hardcore vocals and heavy synths. They round out their live show with guitarists Alex Matos and Nate Blasdell, bassist John Halstead, and drummer Tommy Vinton.

Atlanta’s The Funeral Portrait, named a “Need To Know” band by Alternative Press, fuse rock, pop, and metal and interpret it with a theatrical sensibility.

Me and the Trinity

Savannah’s own Me and the Trinity are reuniting just for A.U.R.A. Fest to share their impassioned Southern metalcore sound with the audience.