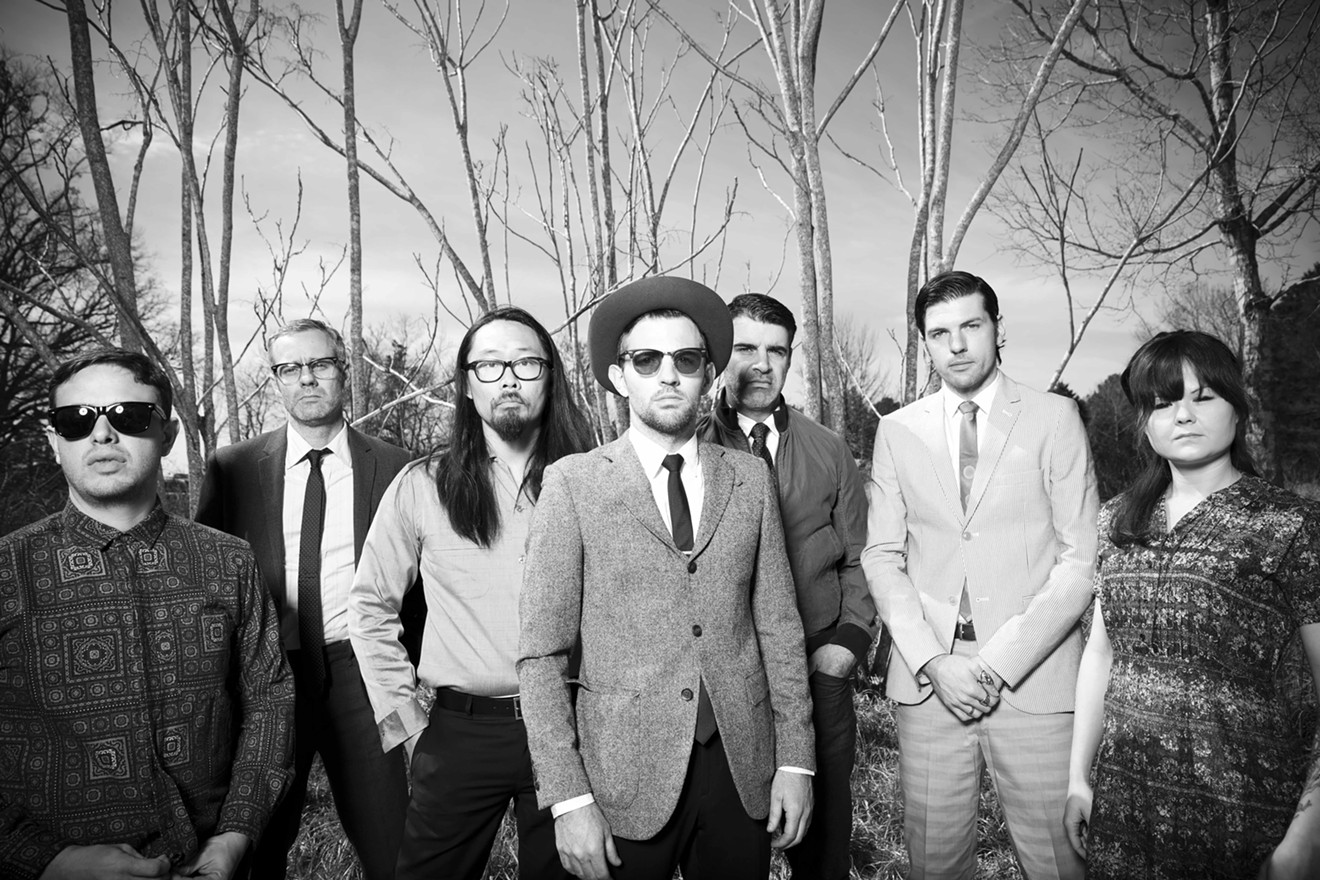 The Avett Brothers return for a two-night run.

On Thursday night, Savannah Music Festival proudly announced a stunner of a lineup for their 2017 event. Pouring over their programs, regular attendees discovered old favorites and new gems in the lineup, continuing the festival's tradition of colorfully eclectic, world-class entertainment.

Leading the lineup of pop bookings is the popular Avett Brothers, who kick off the festival with a two-night show. It's a SMF return for the Avetts, as well as beloved singer-songwriter and ex-Drive-By Trucker Jason Isbell, who performs at Johnny Mercer Theatre on Saturday, April 1.

Another must-see for fans of roots-inspired pop is a double-bill of singer-songwriters Nikki Lane and Parker Millsap. With Wanda Jackson swagger and smoky modern cool, her latest LP, All Or Nothin', poised Lane as one to watch. Millsap brings a vintage elegance to the table with Americana soul and Southern Gothic lyricism.

Patrick Watson, a Canadian musician/composer with classical chops and indie-pop prowess, makes his festival debut. Known for his film and television scores, Watson will showcase his original orchestral pop songs, which are often compared to the work of Andrew Bird, Rufus Wainwright, and Nick Drake.

Having trouble picking a show to attend? Well, that's just the way it is. May we suggest Bruce Hornsby & the Noisemakers for a yacht-rock journey? The Grammy award-winning entertainer's April 8 performance will be followed by a closing night party with The Wood Brothers, marking the blues/jazz/rock/gospel group's fourth SMF appearance.

If you're feeling folky, SMF has many offerings for you. Opening weekend welcomes Russell Moore and IIIrdTyme out and Flatt Lonesome (the latter played the lineup announcement party) and southwest Louisiana's T'Monde, Pine Leaf Boys, Feufollet, Joel Savory and Kelli Jones.

Dead Heads unite! Travelin' McCourys (an offshoot of the Del McCoury Band) team up with Jeff Austin Band (led by mandolinist/vocalist Austin) to offer a one-of-a-kind show, Grateful Ball. Both bands will play separate sets of Grateful Dead songs and will team up for a fabulous collaborative show closing.

Savannah's already fallen in love with classic country-inspired singer-songwriter Caleb Klauder, who performs with ReebWillms for his SMF debut. If you're ready for some real-deal bluegrass, check out Jerry Douglas's renowned band The Earls of Leicester. From Máirtín O'Connor's Irish accordion to Sufi vocalist SanamMarvi to zydeco parties with Geno Delafose & French Rockin' Boogie, there's something for everyone.

A particularly noteworthy return is Ukranian "ethno-chaos" band DakhaBrakha, who captivated their prior SMF audience with a sound that shows off elements of Ukrainian, Indian, and Australian traditional music and blends it with drone elements and harmonies. This time, they'll perform an original score they've composed for the 1930 Dovzhenko silent film Earth.

Jazz and classical lead up the SMF program, and this year offers a new and unique evening for attendees: ballet. New York City Ballet's Troy Schumacher has assembled a talented, cross-genre team of dancers in BalletCollective, making its Southern debut at the festival. The program boasts the stylings of indie classical composers like Ellis Ludwig-Leone (of New York pop band San Fermin) and pairs it with the work of architects James Ramsey and Carlos Arnalz. The two dance works explore Ramsey's development of the Lowline, the world's first underground park. The musical ensemble Hotel Elefant provides the beautiful musical accompaniment.

The dance continues with Argentinian ensemble CheMalambo. Malambo began in the 17th century as a competitive duel challenging skills of agility, strength, and dexterity; through their performance, CheMalambo uses precise footwork, rhythmic stomping, drumming, and singing to celebrate the South American cowboy tradition of the gaucho. French choreographer and Gilles Brinas directs.

There are also plenty of exciting double bills in the jazz world, as well: look for Rodney Whitaker & the MSU Professors of Jazz with Marcus Printup'sYoungbloods and jazz organ masters Joey DeFrancesco and Ike Stubblefield, a regular in Savannah's club scene.

Ready to get your tickets? They're on sale tomorrow morning, November 11, at 10 a.m. Purchase via savannahmusicfestival.org, by phone at 912-525-5050 and in person at 216 E. Broughton Street in Savannah.

View the full schedule at savannahmusicfestival.org.