Back with more baklava

Free admission until 4 p.m. Friday, with $2 per person requested donation after 4 p.m. and all day Saturday.

ALWAYS A smash hit with local audiences, the Savannah Greek Festival – this year is the 68th edition – promises a similar successful formula as in decades past.

Except with more baklava.

The popular pastry tends to sell out early in the festival.

“We made about 1,000 more pieces of baklava this year,” laughs Festival co-chair Tommy Danos. “And of course we’ve been preparing and making food almost all year.”

The Festival will again feature the relatively new offering of online ordering. 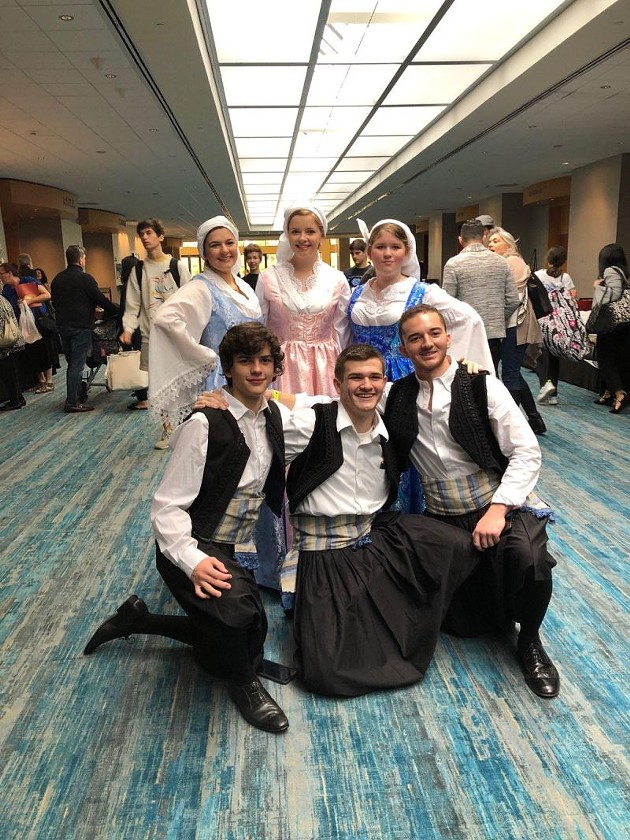 “You can order takeout online — you pick a time you’d like to come pick it up, and we have it ready for you fresh and hot,” Danos says.

The Greek Festival remains reliant on hard volunteer work from the St. Paul’s Greek Orthodox congregation itself, using recipes passed down through the generations, from spanakopita to koulourakia.

Familiar faces to the local congregation but brand-new to the festival stage this year will be Father John Caparisos and his wife Sophia Caparisos. (In the Greek Orthodox faith a priest’s wife is called “Presbytera.”)

Father John and Presbytera Sophia will perform Greek traditional songs at the Hellenic Center this year — with a few recognizable Greek pop songs — as a duo, with Father John on guitar and both on vocals.

It’s their debut at the Savannah Greek Festival, but not their first onstage collaboration, Father John says.

But to him, his service in the U.S. Air Force ranks just as high.

“I was the first Greek Orthodox priest from this archdiocese to become a full colonel in the Air Force. I guess that’s my claim to fame,” he chuckles.

If your interest goes beyond gyros and Greek dancing, St. Paul’s hosts several tours of the renovated church sanctuary during the festival, usually given by parish priest and noted Eastern Orthodox scholar Father Vasile Mihai.

Get your Greek on