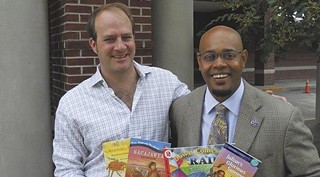 Hartford Gongaware went back to elementary school last fall. He got a fifth grade pen pal named Christopher, he read some new books, and he and Christopher traded letters online about the books they read.

"It was a learning experience for me," says Gongaware. For a grownup with a masters' degree, that's saying something.

Gongaware and his pen pal were matched up for their online correspondence during the first year of In2Books Savannah, a reading and writing project that connects Savannah-Chatham County public school 3rd, 4th, or 5th graders with local adult mentors. The children and the adults read five books selected by the students' teachers, or by the students themselves, and then trade letters online about the books, as electronic pen pals.

"I had a nice experience with Christopher," says Gongaware. "My favorite [book] was The True Story of Sacagawea. We also did one called Down Comes the Rain, and Julian's Glorious Summer.

"Christopher was clearly a pretty gifted kid. He was reading The Hobbit. We not only talked about the books we were reading [through the program,] but also other books."

Last year, In2Books Savannah provided over 400 students with pen pals. Gongaware liked his pen pal role so much that now he's the Savannah Campaign Director for the program. He and Jay Jones, the In2Books Community Outreach Coordinator, are looking for 625 e-pen pal mentors for this school year, to be signed up by September 30. So far they have 128 on board.

That means they need 497 more.

"What I liked about the program is the community involvement in our schools," says Gongaware. "We know our schools will thrive if we can put our effort into them, but it's so hard to figure out where is that opportunity, if you don't have time to go volunteer for 12 hours a week. This is a way for the general populace to get involved with a kid that's not their own, and to see that there's an impact to be made."

Reading the books and exchanging online letters takes volunteers about two hours per month. In2Books is completely computer based, to increase the technology skills of the students, to make the program easy for volunteers, and to assure security and safety for the students.

"Because it's moderated through the internet, in terms of privacy and safety, you'll know the first name of your student and the grade, but not the school. If you know the name of the school it doesn't encourage the safety aspect of it," says Gongaware.

"It would be natural to make sure you set up the volunteers through the computer,' says Jones. "If you can't do the set up [registration and "getting to know you" letter] then you probably won't be able to do the e-pal letters."

Jones, a chemical engineer, was on the Savannah advisory board last year and is leading the charge to "go out into the community and get e-pals." This year, they've signed up 27 classes in five schools, so that there are teacher support teams for In2Books for every participating class, and no teacher is the lone class in his or her school.

"We've done teacher mentors and professional development this year. Every teacher knows exactly what they're getting into," says Gongaware.

Now Jones and Gongaware are making the rounds speaking at businesses, civic groups, churches, anywhere there might be a potential e-pen pal.

On the Savannah website is the long list of local businesses, universities, institutions and organizations who have provided funding and volunteers to the local effort. There's a letter of support from Dr. Thomas Lockamy, superintendent of the school system. And there are video testimonials from Savannah celebrities including Stratton Leopold, "Executive Producer and Ice Cream Maker," and Jamie and Jack Deen, "Chef and Father, Son and Future Chef."

But the celebrities aren't the point-Christopher is. "By the end you could tell that he had learned something, in that his letters were more complex," says Gongaware. "You could see that he had taken control of the [letter writing] structure and the paragraphing, and what he wanted to say.

"There was a little moment where the light bulb came on for him. I could see him go, ‘Wait a minute. I can do this.' " 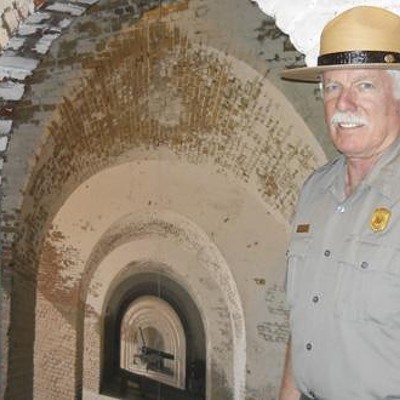