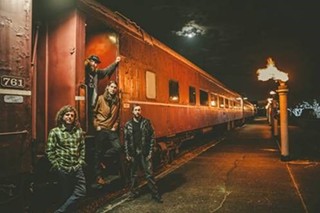 The band is touring in support of their second full-length album, Reactions, coming out on Friday, March 31. The record was recorded at Syncromesh Studios in Birmingham, Alabama with acclaimed producer Jason Elgin behind the board. Elgin, who’s worked with bands like Collective Soul and Maylene & The Sons of Disaster, worked with the band to highlight their intricate songwriting, musical prowess, and dynamic vocals.

Their flexible sound has earned Backup Planet opening spots for The Revivalists, Papadosio, and more, and led them to a deal with management firm Red Light Management, home of Dave Matthews Band, Phish, and My Morning Jacket.