EVERYONE SHOULD remember the Great Chicken Sandwich War of 2019. There were lines around the building of every drive-through, big chain restaurant, all of whom were all vying for a gold medal atop the pedestal of fried chicken greatness. In addition to those fast food entries into the Battle of the Breasts, some local restaurants around the country began to realize that not only could they compete with those muffled voices and bright lights in a drive-through, they could best them in both flavor and value. Savannah businessman David Tonroe and the staff of B&D Burgers are some of those brave men and women that history shan’t forget.

Between the Chicken Sandwich Wars and now, the country was stricken by a pandemic. When COVID came, it brought with it a thunderous decline in our population eating out at their favorite local eateries. As all astute restaurant owners tried to do, Tonroe decided to truncate the menu to include their cornerstone items. Burgers, chicken, the classic sides and appetizers made up their amended menu. “That started from purely not being able to get it. We could not get a lot of the items, and so instead of saying we are out of this we just went to the mainstays,” he explained. 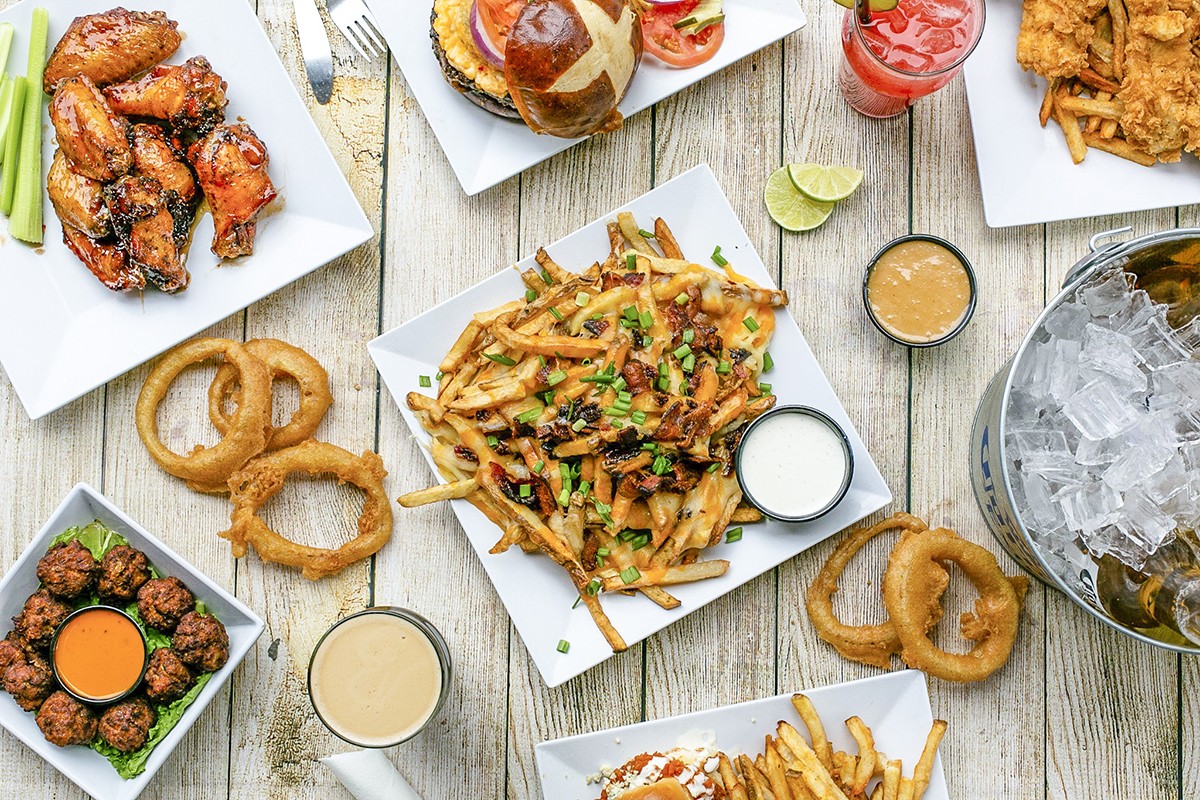 Despite slimming down the menu, B&D Burgers dove head first into the big-box fried chicken sandwich craze, and they did it with the tenacity of any Olympian chasing glory and the pride of the crowd. With the menu cutbacks, the B&D Chicken Sandwich was added. “The fried chicken is what we do everyday, so that part is tempura batter and fresh (never frozen), seven-ounce all natural chicken breast. The tempura batter is different than what you get at Chick Fil A or Popeyes, it is a bit of a lighter batter,” owner David Tonroe told me. If you have had a foray into either of those sandwiches, you know how heavy that batter can be with a generous helping of fries to put down alongside of it.

When asked why he would attempt to compete in the fried craziness that overtook the world not long ago, Tonroe claimed, “We did want to go up against Chick Fil A and Popeyes. I did not think they were doing that great of a job, so why not have a go.” Have a go they did, and it is a mouthwatering concoction of culinary courage that Savannah is quite blessed to have at its unlicked fingertips.

The generous portion of fresh tender chicken is battered in a well-seasoned tempura mix then deep fried. Seasoning the chicken and batter is just one way B&D Burgers has set itself apart from competition. The large cut of bird is finished with the spicy B&D Sauce, a fierce rival to similar sauces that are often paired with fried chicken. The recipe for the B&D Sauce is a closely-held secret in the B&D Burgers kitchen, but it is a decathlon of savoriness, sweetness, spiciness, and creaminess. Though the sauce is the difference maker between B&D Burgers’ version of their sammich and the others, B&D’s deft hand with ingredients and cooking is always the star of the show.

The true standout for this chicken sandwich is the moistness of the chicken breast. Unlike the sandwiches’ rivals, B&D’s version is not greasy and is served fresh. One really cannot overstate the importance of serving fresh chicken breasts on a sandwich. Not only does the freshness of the meat matter, the way that the chicken holds its natural texture and doesn’t lose its breading between bites is a game changer. The white kaiser bun is so soft it almost melts away as you tackle each bite. These buns are pillowy, light, airy, and they withstand the tumultuous tender juiciness that you’ll find between the slices. The fresh, vinegary, bright pickles serve to clean the palate between each mouthful of cluckin’ good chicken.

I have had a lot of good chicken sandwiches—you can find them in most every bar around town. It is refreshing to finally find one with such care taken to please the customer (and their palate) at every step of the experience. From the soft bun to the crisp pickles to the crunchy chicken to the creamy B&D Sauce, the staff at B&D Burgers has your most deeply-rooted chicken sandwich fantasies in mind. (Don’t even get me started on the perfectly salty freshly cut french fries!)

The restaurant group has been able to comply with COVID orders by limiting seating and requiring masks. Each location is open for business, but hours now vary depending on the site. Business hours are listed at bdburgers.net.

Currently there are at least ten different specialty burger options, the tried and true Duncan’s chicken fingers, sliders, and two different chicken sandwiches. The Peach Bourbon sliders are a variation that was added to the menu just this year.

Two burger sliders encased in light buttery bread come smothered in a peach bourbon barbeque sauce and habanero jack cheese—and of course they are finished with lettuce and tomato and served with your choice of side. The bourbon barbeque sauce is locally sourced. “It is from Seaside Grown in South Carolina. They used to make bloody mary mix and I think they were originally tomato growers and now they have expanded into ghost pepper jellies and fish dust.”

If two sliders are not enough for you (even after filling up on corn nuggets to start) then you can instead order a create your own burger and top it with the same or a smorgasbord of different (but always fresh) ingredients.

Although Tonroe as the owner is responsible for most of the store’s signature recipes, customers can expect new menu items in the future due to employee collaboration. B&D allows for staff to submit recipes that could be added to the menu. But let’s hope this sandwich stays long enough for you to flap on down to one of B&D Burgers’ many locations to get you one!