SAVANNAH musicians and music lovers have been fondly sharing their memories of Barr Nobles, who passed away last week. A music journalist, trendsetting DJ, and guitar player, Nobles’ lasting influence on Savannah’s rock history is palpable in the stories of those to whom he introduced a new world of rock music.

Nobles’ love of music began when his Scottish mother, Elizabeth, took Nobles and his younger sister, Karen, to see Elvis Presley perform in Savannah in 1956.

“My dad was 10 years old at the time,” son Barr Dylan says. “He vividly remembered the girls screaming and Elvis gyrating all over the stage. He also remembered that the black attendees were made to stand/sit in a roped-off area away from the white people.”

Nobles is fondly remembered for his years as a radio DJ, working for WSGA AM 1400, stations in Hampton, SC, and Saint Simons, GA, and WXLM 97 Rock in Savannah. During his time at WSGA, renegade Nobles was reportedly fired for breaking Top 10 format and playing The Byrds after he was warned not to by the station manager.

Many will remember Nobles for introducing album-oriented rock to the airwaves, playing deep cuts off at WTOC’s Top 40 station and FM station, and turning his town on to new genres and up-and-coming musicians.

“Barr was one of the very first people to get the counterculture here in Savannah,” lifelong Savannahian and Executive Director of Chatham-Savannah Citizen Advocacy Tom Kohler says. “He brought album-based radio instead of Top 40; he got the station manager to let him play albums at night and was diverse in what he picked.”

Paul Mazo, who worked with Nobles at WSGA AM, says their time together marked a different, more personable era in radio.

“When the studio was at 409 E. Liberty St. (an address known to many teeny-bopper fans back then) was when radio DJs had personalities, he shares. “We were able to be ourselves rather than corporate robots that they have become today. We literally used to go to work on the overnight show with stacks of albums under our arms. Those were the days!”

“He’d bring in a lot of different kinds of music we weren’t hearing in Savannah,” remembers fellow DJ Skip Jennings. “I remember him bringing in Willie Nelson’s Red Headed Stranger—it was completely unknown to most people at that point—and groups like Barefoot Jerry, the outlaw country scene and was starting to take root in Nashville.”

“He did not really care for pop radio, Top 40 radio,” says Barr Dylan. “I can remember as a kid, when he was on at nighttime, he put on the Allman Brothers Live at the Fillmore, and we’d go down to the Chinese restaurant and get some food. He was always into different types of avant-garde music, deeper stuff.”

Nobles was also a noted music writer. From 1969-1974, he acted as Chief Copy Editor, Night City Editor, and a music columnist for Savannah Morning News, followed by a stint at Nashville Banner as a copy editor and music columnist.

From 1983-1993, Nobles he acted as copy editor and music columnist for San Francisco Chronicle.

In addition to his mainstay gigs, Nobles was a freelance music journalist with work published in national magazines like Rolling Stone and Newsweek.

“He interviewed all of the major rock stars of a certain rea when they were at the top of their game,” says Kohler.

He finished his career working for business journals in both Memphis and Birmingham.

As a guitarist, Nobles performed in a music trio in the ‘60s and also as a solo act; his talent led him to opportunities like opening for The Eagles and J. Geils Band at the Savannah Civic Center in the early ‘70s.

Nobles retired to Clearwater, Florida in 2006, where he lived happily near the ocean alongside his wife, Jayme Barr-Nobles.

In addition to being a beloved and trend-setting DJ and enormous influence on Savannah music, Nobles was deeply involved in the Civil Rights movement in Savannah, marching with the NAACP many times down Broughton Street; once, on Tybee, he was attacked by members of the KKK on Butler Avenue as local cops watched and did nothing to assist him. The progressive Nobles supported gay rights in the ‘70s, which, as his son notes, was very controversial in Savannah at the time.

“Savannah was a way different place back then,” says son Barr Dylan. “It’s way more liberal now; back then it was redneck, Southern Georgia. He was a hippie back in the ‘60s and was involved with all the civil rights and gay rights.”

“He was a very warm person,” says Jennings. “There was a lot of laughter when Barr was around.”

“He was just a sweet guy,” Barr Dylan concludes. “Everyone says that about their folks, but he always had a smile and a pleasant word to say. It’s remarkable that, years later, people still talk about the influence he had.” 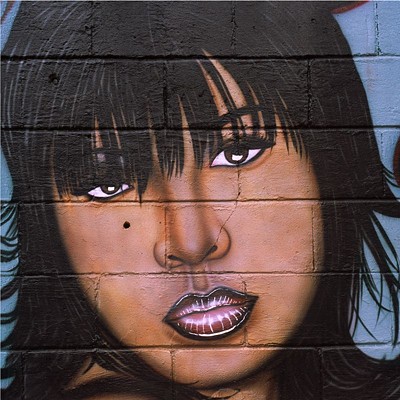 A year of living and dreaming with Emergent Savannah