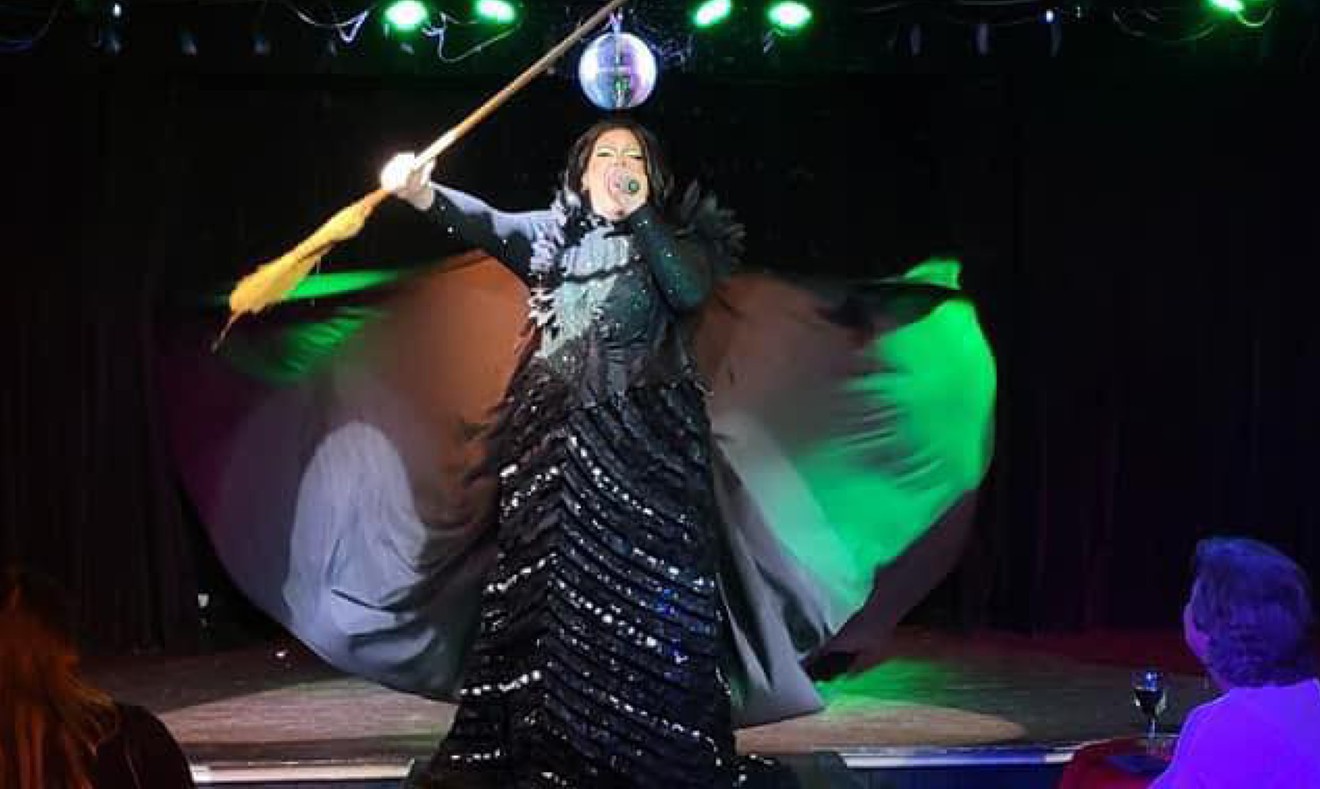 The Bay Street Cabaret is celebrating the return of Broadway in New York and the Tonys with an all new show “Award Winning Broadway” on Thurs., Sept. 30 at 8 p.m. at Club One’s Bay Street Theatre.

The show will also feature a cocktail hour with specialty drinks and snacks.

The Bay Street Cabaret is produced by Rick Garman, the writer of the Savannah-set Interitas series and more than two dozen movies for Hallmark Channel and other TV networks.

After more than a year of darkened theaters due to the COVID pandemic, the lights are once again bright on Broadway with over a dozen shows scheduled to open in September and the Tony awards.

Both will be singing live as they take the stage in their outrageous alter egos Treyla Trash and Carman iCandy.

If you have attended a drag show at Club One Cabaret you’ll notice as difference, as this is not intended to be a drag show performance or experience.

“It’s definitely different than any other drag show with the Club One Cabaret,” said co-host JoJo Ward (Carman iCandy). “This show is all about live singing - a real musical theatre experience. We don’t just get to pick a song and lip sync our way through in beautiful costumes, we have to put in extra work.”

Even the area where the drag shows usually take place will be transformed according to Garman.

“We cover all the stools with nice seat covers. We put table cloth on the tables. We have these sort of twinkle lights with Broadway cards on them. It’s kind of hard to explain but we sort of transform the space, and it’s amazing how these little touches just make it like a completely different room,” he said.

“Award Winning Broadway” will perform show tunes from productions that won Best Musical over the years including Dear Evan Hansen, Into the Heights, Kinky Boots, Annie, Hamilton, and many more.

JoJo Ward (Carman iCandy) will be performing songs like “The History of Wrong Guys” from “Kinky Boots.”

Garman emphasized this show is not a traditional cabaret where a person just stands behind a microphone and sing but they really focus on the performative element to the songs.

“We set the stage and they might have a small prop or piece of a costume or something like that, but they really try to bring the song to life. They try to bring the character to life, and they go for the emotion of the song, whether that’s whether it’s a serious song or a funny song or whatever there is movement around the stage,” Garman said.

Garman spoke very highly of the cast and the experience they bring to the show with their strong live performance and theater background.

Featured performers include Travis Coles, a veteran of stage productions around Savannah, and newcomer Dani Vazquez, a Miami native with a host of performance credits under her belt.

They will be joining Bay Street Cabaret regulars Hannah Dodson and Gwen Leahy, who appeared in the company’s first production “Showstoppers!”

Cabaret performer, Gwen Leahy said, “I love having the opportunity to share Broadway hits with the Savannah Community”. She continued, “It has been such a unique experience to bring theatre lovers together both on stage and off”.

The cocktail menu is themed after the Broadway shows as well. Audience members can treat themselves to a Green Apple Hamiltini, a Beer Evan Hansen, a Gin the Heights & Tonic and more.

Guests must be 21 years of age or older to attend. The theater space is on the second floor and is only accessible by stairs; no elevator is available. Songs will be performed live to pre-recorded tracks.