Bella Napoli brings a taste of Italy to downtown

You know how people from big cities always brag about their "cute little Italian place around the corner?"

The one that’s not too fancy but still romantic with the red-checkered tablecloths, crazy good marinara and the waitstaff that greets you with smooches on both cheeks like your grandmothers knew each other in the old country?

Well, now downtown Savannah can boast about its own adorable bistro. Bella Napoli opened earlier this fall on State Street—right next to the iconic Bradley’s Lock & Key—and it’s fast become a neighborhood favorite.

Cozy and full of red-checkered charm, Bella Napoli is a well-executed take on a classic concept, from the spicy putanesca to the Pavarotti coming out of the speakers. Candles and Chianti bottles round out the décor, as well as murals of Pulcinella, the commedia dell’arte trickster recognizable by his beak mask and clown collar. 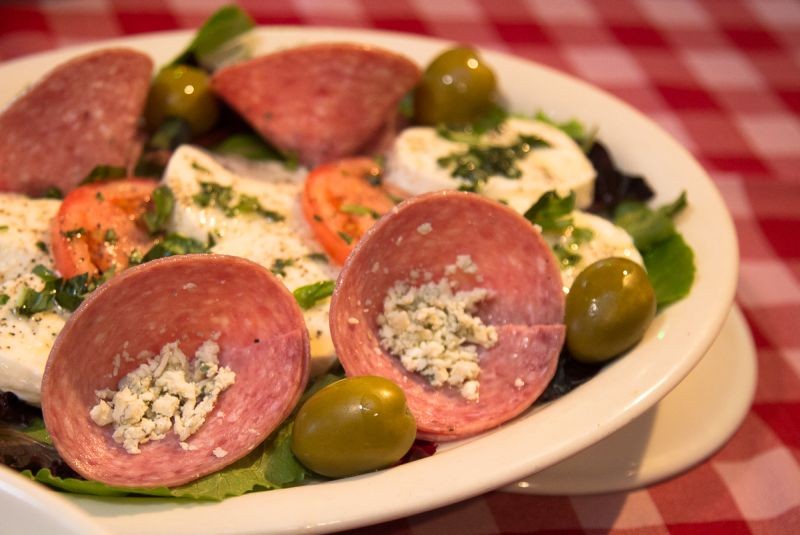 Authenticity and ambience were the priorities of owner/operator Gary Langevin, who grew up in Naples at the knee of his constantly-cooking Nona. He spent his 20s running a popular pizza joint in New Jersey, eventually bringing his dough skills south to Charleston, where he converted many a grits lover to his tender gnocci.

Last year Langevin moved to Savannah and opened Little Italy on Wilmington Island with his wife, Heather Perez, and the wild success of that marsh-side restaurant inspired them to give it a go downtown. As of last month, they’ve also brought their tasty Neopolitan fare to Tybee Island, where La Dolce Vita serves up spaghetti with an ocean view on the second floor of Hotel Tybee.

“Our recipes are tried and true, and people can enjoy the same menu at all three locations,” rumbles Langevin in his Jersey accent, adding that Executive Chef Peppe Gialone and everyone else in the kitchen knows how to cook just like his Nona.

“We all have the same hands.”

Bella Napoli features the bright flavors and super fresh ingredients of Neopolitan cuisine: Pizza margherita with tangy tomato sauce, buffalo mozzarella and lots of basil. Manicotti stuffed with ricotta and blanketed with red sauce. Meatballs the size of a fist with the perfect amount of spice. Spaghetti alla vongole brimming with clams, mussels and cherry tomatoes. Fresh parmigiana sprinkled on your meal at the table.

The calzones are big as footballs, the antipasto plates piled with olives and prosciutto. Tiramisu, cannoli and mascarpone-layered lemoncello cake are the dessert offerings, accompanied by an after-dinner espresso.

This is the Italian comfort food we all recognize, no new-fangled interpretations or strange surprises—and that’s a good thing! These are the dishes we mean when we crave Italian food, and Bella Napoli provides a homey, time-honored setting to enjoy them.

But just because Langevin and la famiglia honor tradition, that doesn’t mean they’re not keeping up with the times: Gluten-free focaccia bread to dip in olive oil, wheatless pizza dough and rice penne pasta can be requested, bringing those who have had to swear off Italian food because of dietary restrictions back into the fold.

“People have been doing the gluten-free thing in Italy for more than ten years already,” says Langevin.

“Everybody’s gotta eat, and we want to accommodate everybody.”

Bella Napoli is open 11am-11pm, seven days a week. The entire menu is available all day, though dinner versions of classic entrées are larger and pricier. Lunch fare might be a panino rustico—a hot or cold sandwich filled with meats and veggies— and we dig the Polpette, Chef Gary’s famous meatball sub. Light eaters can add chicken or shrimp to the meal-sized salads (Pear & Gorgonzola or Beet & Arugula), though if you’ve been saving up your carbs for a big cheesy pasta splurge, this is the place.

The beer and wine is small but curated exactly for the menu, with a surprisingly international lineup of reds. The sidewalk two-tops make a stellar spot to sip Prosecco by the glass and peoplewatch.

To make sure Bella Napoli maintains the same genuine Italian atmosphere as his other restaurants, Langevin has imported Naples native Franco Iemmo, the gregarious, cheek-kissing server many diners might recognize from Little Italy. 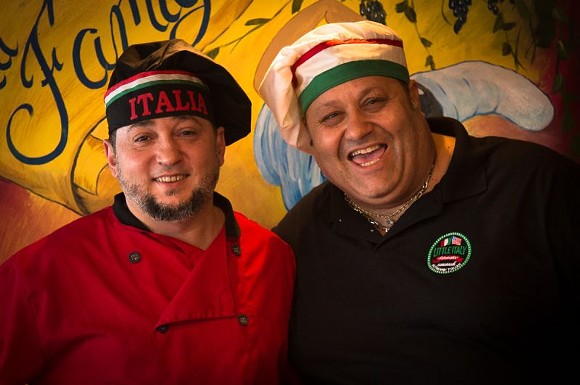 Iemmo’s accented English and wine glass acrobatics add a theatrical element to the dining experience, but his charms extend far past the table: When the Bella Napoli first opened and business was still a bit slow, Langevin had an idea to help draw attention to the new restaurant.

“We dressed Franco up like Pulcinella and sent him down the square with flyers,” laughs Langevin.

“Next thing you know, the place is overloaded!”

Langevin splits his time between his kitchens, leaving the daily operations to general manager Chris McGary and on-site chef/co-owner Giuseppe Gialone. Giuseppe’s wife, Caroline, sees to the front of the house, and she recommends reservations for dinner, even on weeknights—though the lunch rush can be crowded, too.

Seems like everyone and their Nona wants their own “cute little Italian place around the corner!” 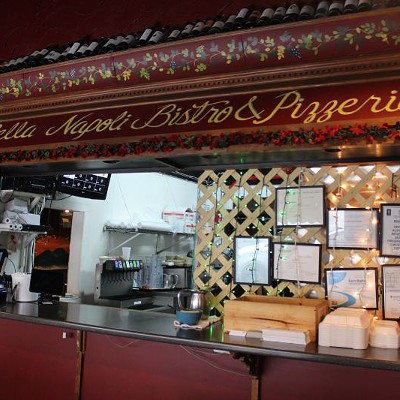