Last fall, there was a palpable buzz in the air for the Jepson Center’s latest traveling exhibition.

“Monet to Matisse: Masterworks of French Impressionism” went on view to the public Sept. 28. On loan from Memphis’ Dixon Gallery and Gardens, the exhibition included work by Impressionist greats such as Paul Cezanne, Pierre-August Renoir, and Edgar Degas, as well as Claude Monet and Henri Matisse themselves.

As soon as the exhibition went on view, the museum was flooded with visitors, from groups of senior citizens to fourth grade students on tour and everyone in between. 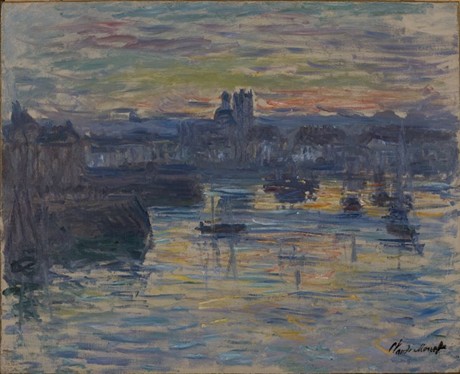 “We put a lot of effort and resources into organizing that show and bringing it here,” McNeil remembers, “and it was so amazing to see the outpouring of support from all parts of the community.”

Part of the popularity of the exhibition, McNeil says, is the relative accessibility of the work.

“There are so many entry points when you’re looking at this work,” she says. “People are naturally more comfortable with it. People gravitate towards this work because the bright color and the beauty of it can’t be ignored. Once they get there and start learning about these artists, what rebels they were, remaking the art world and breaking tradition, it brings a whole new level of interest and appeal and fodder for conversation.”

The enduring appeal of “Monet to Matisse” was its approachability to art lovers of all stripes, whether well-versed in art or new to the art world.

“People have learned about this period in school. If they’ve learned about no other art history in school, they’ve probably learned about French Impressionism,” says McNeil. “It’s a common frame of reference that people go back to because they learned it when they were young. They see it as adults around the world, and they maintain that level of interest now.”

The lasting importance and relevance of museums is perhaps most evident in experiencing an Impressionist exhibition in person.

“People can look at art so many different ways now,” says McNeil. “We can see super-high quality; we can zoom in on details. But museums continue to exist because we believe there’s something important about the art objects themselves. It’s easy to make that case for French Impressionism because so much of what makes these works special has to do with the bright color that doesn’t always translate, the thick brush strokes, the expressiveness of the brush strokes and the application of paint and the dimensionality of the surfaces of these works. All those things can only be appreciated and fully enjoyed in person, so it was really gratifying to see that people responded to these works so strongly and viscerally in person.”

The Jepson Center is one of three museums under the Telfair organization, and its popularity is due in large part to its diversity.

“No matter what we have on view here, whether it is French Impressionism or Rembrandt prints or contemporary art installation, museums are a place where people can come together for a conversation,” says McNeil. “No matter what we put on, there will be someone who loves it and someone who hates it, and that’s okay. We’re inviting these spaces for conversation and providing time for reflection and insight that people take with them out of the museum and how they view the world.” – Rachael Flora

Speaking of Best Of Savannah 2019 , \Monet To Matisse: Masterworks Of French Impressionism