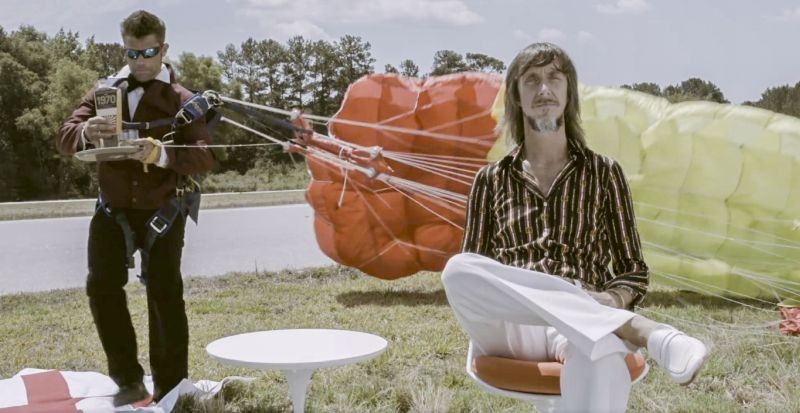 Screen capture of the web video ad for The 1970 vodka; Wes Daniel at right

While Savannah mourned the loss of downtown nightlife staple Hang Fire Bar, proprietor Wes Daniel wasted no time in creating another instant legend in the form of his new venture, El-Rocko Lounge.

With the same moniker as a now-defunct classic dive bar on Martin Luther King Jr. Boulevard, El-Rocko has a bit of a more fashion-forward design spirit. It debuted with a splash just a couple of weeks too late to make the cut for last year’s Best of Savannah competition, but very quickly became a fixture of the downtown scene.

Wes chalks the massive success of the new venue up to several key things.

“The décor, which is all Ikeda Feingold... the friends I made over ten years of Hang Fire’s debauched history... and also the crew that fell into my lap with no rhyme or reason,” says Wes.

“I had great people show up wanting to be here and I lucked out. They also fell into my mantra of ‘Be Nice.’ Just like Patrick Swayze in Road House—if he had done acid for three years straight,” jokes Wes.

One interesting thing is the ongoing importance of live music to this new project. With barely a stage to speak of, Hang Fire quickly morphed into a key live venue for indie bands.

While not initially envisioned as a live music venue, El-Rocko now features a regular slate of live bands—also, perhaps in a Daniel tradition, inhabiting a nontraditional performance space in the room, an elevated lounge area along a back wall.

“I actually planned against having live bands originally, because there are so many elements that go into making that happen,” he says. “But like the old saying goes, ‘You wanna make God laugh? Tell him your plan,’” Wes laughs.

“I’ve come to realize that you can and should do everything possible to put your personal stamp on your place, but eventually if you want to make people happy, you give give them what they want and they’ll end up telling you what you really need to do...unless you just feel like being elitist and having your doors closed in a year,” he says.

A big component of El-Rocko’s branding is its partnership with the Ikeda Feingold-spearheaded flavored vodka, The 1970—which Wes says will soon be available on tap at El-Rocko. Think of the possibilities!

Wes and Ikeda can be seen in the incredible new web ad for The 1970, pictured here, which combines the most beloved adventure and B-movie tropes of that decade.

“We found a Colt .45 beer ad and basically replicated a lot of it as an homage,” Wes says. “The song is one I randomly found from Gary Glitters’ backing band, The Glitter Band. My friend Skip Terpstra filmed it for us on an airstrip in Atlanta.”

One big new idea for El-Rocko is the addition of a signature food item, the Rocko-Dog.

“My partner and Best Homie Kieffer Parker said downtown needed a great hot dog,” Wes explains. “I called Spotted Trotter Charcuterie in Atlanta and asked if they would make El-Rocko our own hot dog that you could only get here. They happily obliged and came up with the most amazing hot dog we’ve ever tasted.”