We’re all adults here, so let’s be honest.

If anyone had told you a year ago that deep blue Savannah—arguably the most Democrat-heavy place in the state outside Atlanta—would soon have a Republican Mayor, you’d have said, “Go home, you’re drunk.”

If they had told you we’d soon have a Republican Mayor from Garden City, you’d have taken their keys and called them an Uber.

Indeed, the comparatively late entry into the race of former Chatham County Commissioner Eddie DeLoach seemed to reinforce some observers’ initial impressions that he was a Johnny-Come-Lately into what was already a contentious effort to unseat now-former Mayor Edna Jackson.

DeLoach’s relaxed persona and folksy drawl did nothing to dispel the idea that maybe he didn’t have the right amount of fire in the belly for a hard-fought campaign.

While mayoral candidate Murray Silver Jr. said, not without some accuracy, that DeLoach had co-opted many of his own calls for change, it soon became obvious that DeLoach had something no one else in the race had:

Actual outsider status as well as a claim to legitimate political experience, simultaneously.

The DeLoach family name, long a powerhouse in West Chatham politics, certainly didn’t hurt. But the game changer was the frustration of downtown business donors, many of whom enthusiastically supported Jackson’s election four years prior, with the perception that the Jackson administration had buried its head in the sand on the issue of violent crime.

DeLoach’s tough rhetoric on the crime issue, seemingly more at home in a Tea Party primary than in a mostly Democratic metro area, was probably the last thing a political consultant would have advised a candidate to use in a city as diverse as Savannah.

But in fall 2015, in that time and that place, it was precisely that rhetoric that won the battle.

Jackson survived Election Day only to find herself in a runoff with DeLoach. In the runoff, a noticeably lackluster performance in some of the precincts Jackson needed most for reelection— combined with DeLoach’s very robust showing in a single district, District 4— gave DeLoach a clearcut victory which wasn’t near the nail-biter some observers predicted.

Before he was even sworn in, Jackson loyalists —some still in a certain amount of denial—were already planning DeLoach’s demise, saying he’ll be vulnerable in four years just on demographic and partisan grounds alone.

And as Savannah’s homicides not only continue unabated but are now at higher levels than at any time in Jackson’s term, they may well be proven right.

But DeLoach’s strong, no-nonsense management style has in just a few short months already resulted in a win-win deal to replace beleaguered City Manager Stephanie Cutter, the start of the Summer 500 youth jobs initiative, and most importantly, the long-promised full staffing of the Savannah-Chatham Metro Police for the first time in 16 years.

(Sixteen years also being, perhaps not coincidentally, the amount of time Edna Jackson served on City Council as Alderwoman and then as Mayor.)

Even the most cynical observer—like oh say, myself for example—would have to conclude it is the best realistically possible beginning for a new Mayor you’re likely to see. — Jim Morekis 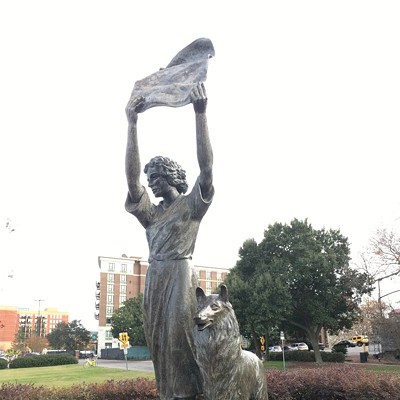