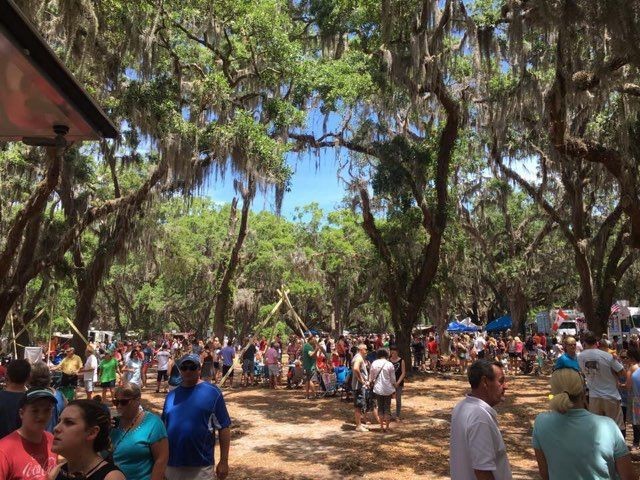 Savannah’s food truck scene is finally expanding enough to warrant a festival, and that’s where Skyler Rodrigeuz and Ryan Giannoni come in.

“Ryan has had a variety of business endeavors, and the prompt for the food truck journey started from learning how challenging street vending is on our area,” recalls Rodriguez. “So he took a trip to Austin, Texas, and saw food trucks in action, and he was certain there was a way to get the same enthusiasm for the industry in Savannah.”

She and Giannoni decided to host a trial event to test community interest. When over five thousand people showed up and every truck sold out of food, they knew a food truck festival was what the community needed.

The first food truck festival was on June 2, 2016, nearly two years ago, right when food truck legislation was beginning to be passed in Savannah.

“Community response in the beginning was challenging. There was a demand, but there were few opportunities,” says Rodriguez. “There was also challenge in finding people who were willing to invest in the industry and educating those that were interested but didn’t know it was possible in our area.”

After so many successful events, the importance of a community of food trucks is clear.

“A food truck festival in Savannah is important because it not only brings people together in one beautiful venue, but it brings people out to enjoy great food,” Rodriguez says. “It also brings these chefs out of their brick and mortars for a great time, to meet new people, and to establish a new customer base they may not have had before these events.”

Rodriguez says this year is all about expansion. They’re set to host a second Food Truck Festival at St. Simon’s Island and hope to expand food truck access to Tybee Island, but they also have a charitable project in the works.

“A major endeavor this year is that we’ve teamed up with CEMA and DPH for the Food Truck Disaster Relief Team,” shares Rodriguez. “This team ensures that during times of natural disasters such as Hurricanes Matthew and Irma, that city officials and those that stay behind are taken care of and fed.

“We’re hopeful that this will be a successful branch of the Food Truck Association, and we’re also hopeful in the expansion of this branch to Glynn County and other surrounding counties as well.” – Rachael Flora