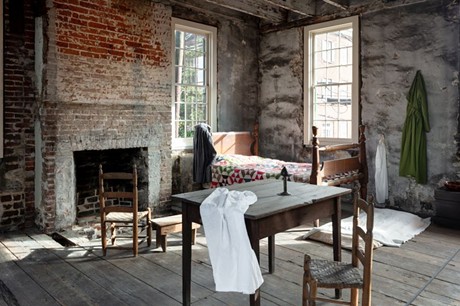 The OT House — celebrating its bicentennial this year — often wins this award. But what’s different this year is the fact that the folks at the Telfair Museums, which owns and operates the house museum, have officially rebranded to include the attached slave quarters.

A huge overhaul of the site and its interpretation has enabled the Owens-Thomas House to tell a much more inclusive story of all the people who lived and worked there in the antebellum era.

“The response has been overwhelmingly positive,” says Shannon Browning-Mullis, Curator of History and Decorative Arts. “And our numbers are up – we had over 70,000 visit the house and quarters last year.”

Most importantly, she says, “we have seen a dramatic increase in the diversity of people coming to tour the site. Ethnic diversity as well as age diversity.”

The goal, taking shape next year, is for every eighth grade public school student in Savannah to be brought to tour the home on field trips.

Several events happen this summer to commemorate the 200th anniversary of the Owens-Thomas House and Slave Quarters. Stay tuned for more information as the time comes. — Jim Morekis

Previous: Savannahian You Love to Hate
Next: Best New Building

Speaking of Best Of Savannah 2019 , Owens-Thomas House And Slave Quarters