City Hotel guitarist Aaron Paul Zimmer went solo in 2018 with Saints and Heretics, a powerful album of folk-y Americana and that marks his first venture under his own name. Looking back on the project, which Zimmer did with producers Matt Collatt and Collin Motlagh, Zimmer says he sees it as an anthology of where he was at in his life at the time.

“Really it’s stuff that I’ve held on to that’s been really special to me,” he says. “I’ve been in several bands over the last 10 years and have written stuff for them, but these are songs that have been very personal to me. So if there is a unifying thread, it’s that this is stuff that meant a lot to me and that I thought I should put out on my own.”

The process of writing and recording Saints and Heretics was extremely gratifying given the fact that the material had been compiled over the course of many years. 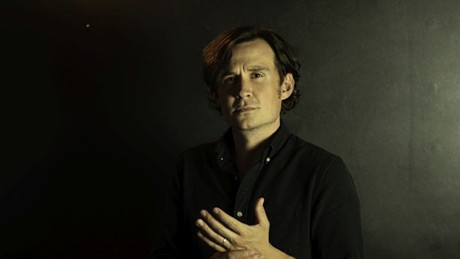 “It’s something that’s been on my mind for 10 years, and it feels incredibly good to finally get it done,” Zimmer says. “I feel really happy that I’ve finally done that.”

Collatt and Motlagh were instrumental in the album’s completion, as Zimmer says they really took the reigns and encouraged him to record the songs he’d been working on for such a long time.

“It was Matt that approached me at The Jinx and finally said, ‘Do you want to do this project?’ It started as a one song project and then grew from there. We gelled pretty well, and working with them helped me be the best musician I could be,” he says. “It was important to work with people who really cared about the project and how it sounded.” – Sean Kelly