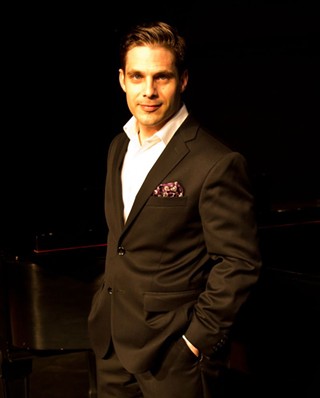 Savannah’s Sinatra is finding his voice. First-time Best of Savannah winner Trae Gurley has the art of crooning the music of Ol’ Blue Eyes down to a science and is ready to explore new sounds. Gurley’s by no means a Sinatra impersonator, but he does favor him, from the twinkle in his own blue eyes to his casual elegance.

“I’m not shying away from it,” he explains. “I’m taking a break because I’ve been doing that music for so long, and I play so many styles. I’ve kind of taken a hiatus.”

Gurley was deeply inspired from his trip to SXSW with Velvet Caravan. Acting as guest vocalist for the Savannah gypsy-jazz band in an environment teeming with talent drove him to come home and create.

“In the fall, I’m hoping to do a new album, hopefully with Velvet Caravan as the backing band,” he shares. “It’d be nice for us to focus on doing something different.”

Gurley has been enchanting locals and tourists alike for 12 years at Jazz’d Tapas Bar; it’s there that he honed his Sinatra evening. Jazz standards have been his mainstay for gigs at upscale restaurants and clubs and private parties; he’s received incredible praise for his vintage covers, but Gurley also performs his own original tunes around town, too. With a sound akin to Jason Isbell or Ryan Adams, Singer-Songwriter Gurley nights can get a little confusing for his Sinatra fanbase.

“People say, ‘Let’s go hear the Sinatra guy,’” he says. “And if I have my guitar and am playing an acoustic set, they’ll ask, ‘Could you do any Sinatra?’ I have to explain, ‘This is not a Sinatra gig tonight. I’m doing acoustic singer-songwriter stuff.’ So it is a little weird for my audience, and me too!”

How’s a professional like Gurley get ready for an evening of singing?

“I have a drink,” he says. “Lately, it’s been Jack Daniels, my go-to—usually I’d drink something a bit nicer, but it’s like your old best pair of socks you want to put on, you know? I have horrible stage fright, as a lot of people do, so I’ll have the one drink, and before I get onstage, I try to warm up a little bit—sometimes just singing in the car. I think that counts!”

Savannahians can get their Gurley fix at The Lucas Theatre’s Cabaret series over the summer. The singer is surprised and flattered by his Best of Savannah award.

“I’ve been doing this for a long time,” he says, “so it’s an affirmation that I should keep doing what I’m doing. Thank you, readers!” —Anna Chandler 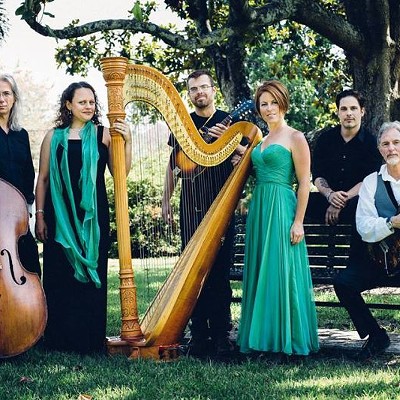 Home for the holidays with Uncommon Collective